Sonya Yoncheva’s first-ever Princess Romazov was one of this summer’s casualties but Trove Thursday steps up with a rare 1960 in-house pirate of Giordano’s Fedora starring Renata Tebaldi, Giuseppe di Stefano and Tito Gobbi along with a pair of Tebaldi-di Stefano Puccini highlights from the early 1950s. 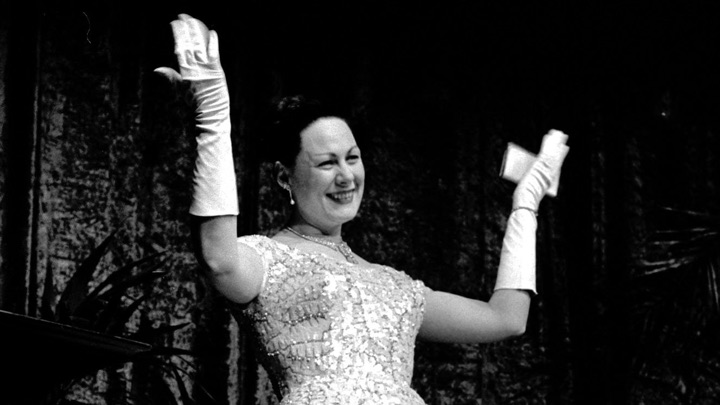 Although Fedora has never figured large on my listening habits, I knew it was based on a play by Victorien Sardou. However, until this week I wasn’t aware that it premiered two years before the most famous operatic Sardou adaptation, Puccini’s Tosca. Fedora followed Giordano’s greatest success, Andrea Chenier by two years. Gemma Bellincioni, the first Fedora, had impeccable verismo credentials as she had earlier created the role of Santuzza in Mascagni’s Cavalleria Rusticana.

It seems that the Met only presents Fedora when it has a superstar soprano-tenor pairing available. Its three productions during the 20th century featured Lina Cavalieri–Enrico Caruso (who was Loris in the world premiere); then Maria Jeritza–Giovanni Martinelli; and in 1996 Mirella Freni–Placido Domingo which I attended as well as Freni’s final Met staged appearance in Fedora’s second act on Opening Night 2002.

Today’s very early in-house recording pairs Tebaldi and di Stefano, two of opera’s biggest post-war stars. It is not absolutely complete, running about 83 minutes but contains most of the rather brief three act work. This might not be a pairing that immediately comes to mind as back the days of exclusive recording contracts Tebaldi with Decca made many opera sets opposite Mario Del Monaco while di Stefano and Maria Callas did the same for EMI. However, Tebaldi and di Stefano did sing together occasionally, most often in Tosca of which there are live recordings from Brussels and La Scala where it was their only opera together.

As their Met tenures overlapped only slightly, they were together just once for the company and then not even in New York—Tosca during a regular company visit to Philadelphia in 1956. In Chicago however Tebaldi and di Stefano performed Adriana Lecouvreur, Madama Butterfly and Tosca together in addition to this Fedora which was the soprano’s first outing in the title role. They would again appear in the Giordano in Naples the following year.

The two Tebaldi-di Stefano Puccini morsels predate the Chicago Fedora by quite some time and both originate from concerts of opera excerpts. The complete final act of Manon Lescaut was part of a celebrated all-Puccini concert in 1953 where they shared the bill with Giuseppe Taddei. The San Francisco Butterfly duet happened when they were both in town (as it turned out, his only season there) but not appearing together at the opera.

By the way, tomorrow would have been di Stefano’s 99th birthday.

Fedora and the two Puccini excerpts can be downloaded by clicking on the icon of a square with an arrow pointing downward on the audio player above and the resulting mp3 files will appear in your download directory.