With the Fourth of July approaching, Trove Thursday turns to a quintessentially American opera with the broadcast of the world premiere—some 60 years after its composition—of Scott Joplin’s Treemonisha with Alpha Floyd, Seth McCoy and Simon Estes conducted by Robert Shaw. 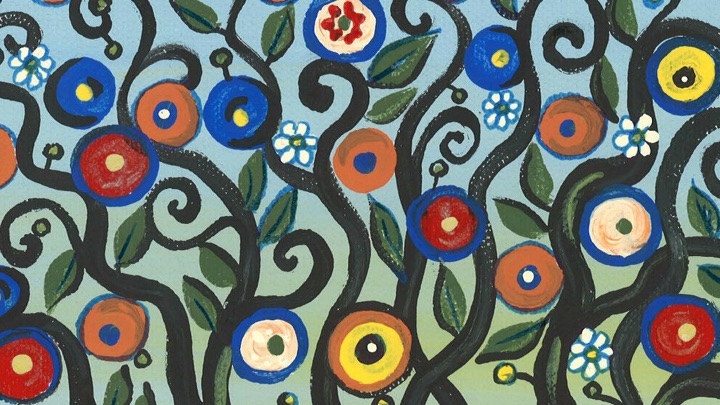 In my early teens I borrowed Joshua Rifkin’s entrancing LP of Joplin’s piano rags from the library and I was an immediate fan. Soon enough the rocketing posthumous fame of this mostly forgotten African-American composer exploded when his music was used in the wildly popular caper film The Sting starring Paul Newman and Robert Redford. Particularly winning was the infectious “The Entertainer,” arranged for the flick by Marvin Hamlisch.

Dragged by my parents to a theater to see it, I remember being bored by the labored criminal hijinks but the Joplin-flavored score provided a welcome distraction.

This world premiere of Treemonisha was orchestrated by T J Anderson and thus differs from the Gunther Schuller arrangement that was soon after taken up by the Houston Grand Opera for its tour and recording. The 1972 performance was directed by choreographer Katherine Dunham and of course featured an all-black cast.

Like any good opera-pirate devote, I knew Floyd’s name long before I heard this recording of Treemonisha. She had appeared at Carnegie Hall two years earlier in a rare performance of Goldmark’s Die Königin von Saba in the title role with the American Opera Society. That concert which co-starred Teresa Kubiak and Arley Reece was issued on LP on the legendary MRF label which was beloved for disseminating the most obscure operas.

Today’s broadcast of Joplin’s ambitious opera preceded The Sting by a year and set the stage for Treemonisha to soon be mounted on Broadway and then recorded by Deutsche Grammophon. That cast was led by Carmen Balthrop in the title role; as many know, her understudy was the young pre-Met Kathleen Battle. Joplin’s opera, for which he wrote his own libretto, won the 1976 Pulitzer Prize for Music.

I had the opportunity to attend a concert version of Treemonisha when it was performed at the 1988 Cincinnati May Festival starring a radiant Marvis Martin and with Schuller returning to conduct the Cincinnati Symphony, the orchestra he had joined as first hornist over 40 years earlier.

Its rousing charms were embraced by the packed audience at Music Hall but I’ve never run across it again in live performance. California audiences were to have had the chance to experience it anew this April and May when Treemonisha was scheduled for performances at Stanford and in Berkeley. These had to be canceled, which was especially unfortunate as Joplin’s masterpiece was being reconceived with the collaboration of five African-American women who were providing a revised libretto and new orchestrions in addition to choreography by Jawole Willa Jo Zollar, the legendary founder of Urban Bush Women. One hopes that this exciting project will soon get the chance to bring Treemonisha to life again!

Treemonisha can be downloaded by clicking on the icon of a square with an arrow pointing downward on the audio player above and the resulting mp3 file will appear in your download directory.