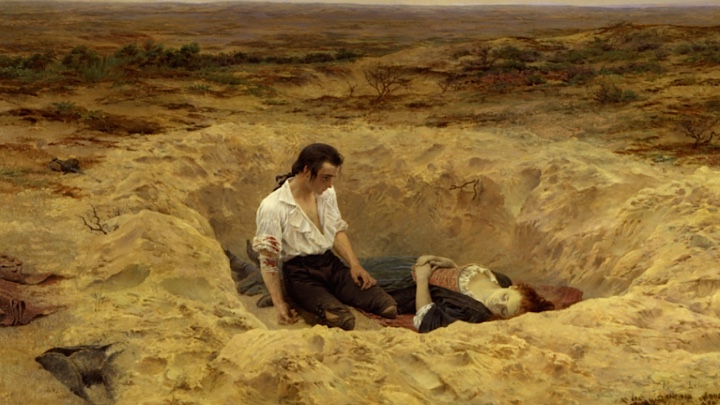 For those suffering Prévost-privation awaiting the final installment of the Met’s Double-Manon season, Trove Thursday offers a lifeline: a rare third retelling of the saga of the ill-fated courtesan: Auber’s Manon Lescaut starring Mariella Devia.

The wonderfully named Daniel François Esprit Auber composed nearly 50 works for the stage. Although the names of some may be familiar—Fra Diavolo, Le Domino noir, Le Cheval de Bronze or the influential La Muette de Portici (which is a true opéra while most of the rest of his works are comiques)—few probably know their music. One might expect that when something by the composer is performed these days it would be in France but Operabase lists just 3 Auber productions in 2020 all in Germany.

Muette from 1828 has been called the first French grand opera, but Manon also can claim historical significance as it was the very first work performed at the Opéra-Comique with an unhappy ending. This Manon’s death in Louisiana paved the way for Bizet’s Carmen which would follow nearly twenty years later.

Auber’s setting of the Prévost novel to a libretto by Eugène Scribe preceded Massenet’s opera by 28 years. Although Lisette Oropesa and Michael Fabiano only made it to Le Havre, as of now, Sonya Yoncheva and Marcelo Alvarez are still set to arrive in New Orleans via Puccini’s Manon Lescaut (which came 9 years after Massenet’s opera) beginning in late April at the Met.

Auber’s Manon Lescaut can be downloaded by clicking on the icon of a square with an arrow pointing downward on the audio player above and the resulting mp3 file will appear in your download directory.

Massenet’s Manon with Beverly Sills and Alain Vanzo can be heard here, and look for Puccini’s version in the spring.

The archive listing all “Trove Thursday” offerings in alphabetical order by composer was updated to include all material as of mid-November 2019.