For the fourth annual edition of “Handel for my birthday” Trove Thursday serves up three heaping portions of “old-fashioned oratorio." 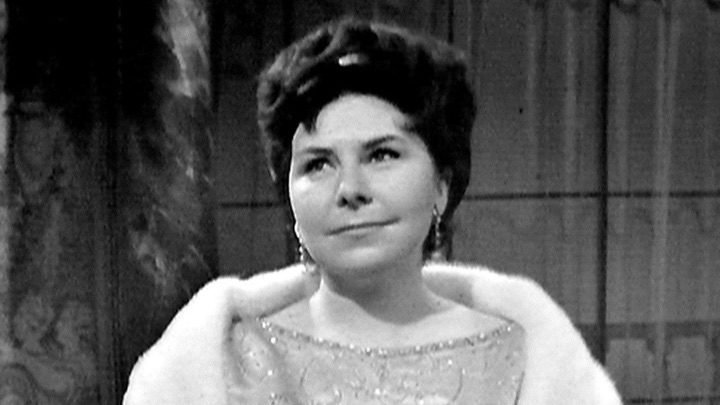 Featured are complete performances of Hercules with Elisabeth Schwarzkopf, Christa Ludwig, Richard Verreau and Walter Berry as well as Joshua with Sena Jurinac, Oralia Dominguez, Richard Lewis and Sesto Bruscantini plus Elisabeth Rethberg and Charles Kullman in excerpts from Belshazzar.

Some baroque enthusiasts I’ve run across can be narrow-minded HIPsters—that is, they only approve of “historically informed performing” practices. They object to Bach or Vivaldi recordings from an earlier, less “enlightened” era because of cuts, transpositions and/or slow, heavy tempi. Often I do agree, but Trove Thursday has occasionally posted appealing un-HIP performances, and I would argue today’s oratorios performed 60 or more years ago contain much fine, if dated music making.

The most fascinating—and stressful—would be Hercules, an amazingly early example of “pirate” in-house recording. Until recently I had no idea that this performance had occurred, let alone had been recorded. Be warned that the surreptitious pioneer who taped it was seated between Mimi and Violetta. It’s early December and coughs happen!

On the other hand, for decades I had efficiently avoided a contemporary account in Italian of Handel’s secular oratorio from La Scala with a cast that would be more appropriate to Il Trovatore: Fedora Barbieri, Franco Corelli, Ettore Bastianini and Jerome Hines, along with Schwarzkopf, also today’s Iole. In preparing for today I finally listened to bits of Eracle: it’s absolutely terrible, worse that I’d ever imagined.

This American Opera Society Hercules—the work’s first US performance—is infinitely more inviting. Performing the work in its original English, Rescigno has a lighter touch than La Scala’s Lovro van Matacic and the unexpected but game cast does rather well. I usually dislike Schwarzkopf, but, despite her inevitable mannerisms, she mostly won me over. Ludwig, right after three Cherubinos at the Met, might be a trifle bland as the complex and fiery Dejanira, but she and her then-husband Berry (in his NYC debut) make a fine, unhappily married pair. Verreau unsurprisingly proves a finer Hyllas than the bawling Corelli.

The saga of today’s recording began with a copy kindly sent to me not long ago by a parterre box reader. I listened astonished at this rare find but was sorely disappointed that his tape ended after Ludwig’s bravura breakdown “Where shall I fly?” I had planned to include the incomplete performance anyway when a friend located another full-length recording but it turned out to be dubbed ridiculously sharp. Ugh! I chopped off the missing final six-minute section, adjusted the pitch and added it to the original. As the sound levels are quite different, be prepared for a slight audio jolt after Ludwig’s big ovation.

Another fleeting top-tier wife and husband—Sena Jurinac and Sesto Bruscantini—star in the Italian radio Joshua. A Handel veteran, Lewis fits right in, but less expected is Dominguez in the male role of Othniel. Vittorio Gui’s Handel came just a year after her legendary Mexico City Amneris opposite Maria Callas, but it turns out Dominguez sang a good deal of 17th and 18th century music throughout her career. Some examples might turn up on a future Trove Thursday chapter.

There are only about 50 extant minutes from the pre-war Pasadena Belshazzar, but one is grateful to have them as a rare souvenir of Rethberg and Kullman outside their usual repertoire.

Hercules, Joshua and the Belshazzar chunk can be downloaded by clicking on the icon of a square with an arrow pointing downward on the audio player above and the resulting mp3 files will appear in your download directory.