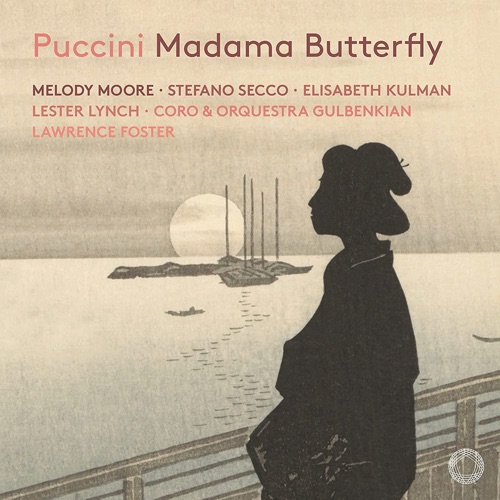 have been a confirmed lepidopterist from almost the dawn of my opera fanaticism. I think Giacomo Puccini’s Madama Butterfly was probably the second opera recording I listened to from start to finale. I have fond memories of the beautiful cardboard RCA persimmon record case and the deluxe libretto printed on heavy paper with its pink, faux-Japanese, tissue front and back leaves.

The thing about Butterflies is that they do indeed come in all shapes, sizes, and colors. There are the sopranos who triumph over their slim vocal gifts and bring an exciting suicide edge (literally) to their performances. Others who may have an abundance to offer vocally as Puccini‘s doomed Geisha, Cio-Cio San.

Although I was baptized by the aforementioned Leontyne Price recording (and Teeny had a LOT of voice for a 15-year old Japanese girl) I have come to appreciate all interpretations on their own merit. Ms. Price may have taught me to love the voice but it was listening to Renata Scotto’s second recording on CBS under Lorin Maazel years later that taught me to love the text just as much.

The very fine essay by Kasper van Kooten included reminds us that John Luther Long’s original short story ended with the main character choosing to flee with her child rather than give him up to his American father. At the time Long’s story was considered a direct rebuttal to Pierre Loti’s very popular novel Madame Chrysanthème with its sexual adventurism and colonialist views of Japanese culture.

It was David Belasco’s theatrical adaptation that changed the ending to what we know today. In fact the first version of the libretto Luigi Illica presented to the composer was based directly on Long’s story and was so unflattering to both Pinkerton and the American Counsel Sharpless that Puccini was shocked. Thus the softening of the political in favor of the love story.

In our more socially aware times much conversation now surrounds this opera with regards to its orientalism and racism. But stories of women relinquishing their motherhood to ensure a better future for their children are as old as the Bible and Barbara Stanwyck. Besides, on first hearing as an 18-year old I assumed that all these stories were fairy tales like Cinderella, Hansel and Gretel, and Jesus.

It’s nice to have a fresh take on something and it’s been over a decade since the last studio recording of Butterfly (which I recall as a very uneven affair) so I try to listen with new ears.

As always with Pentatone the sound engineering is superb and nearly perfectly balanced. Right from the first you hear the recording sonics fold open from the introduction of the middle strings then adding the layers of the bass and violins, the winds and finally timpani farther out and out as the soundstage widens.

Percussion is deliciously captured, and there’s a lot of it with all of Puccini’s “local color,” and the strings play solidly if not necessarily fleetly at times. Since the Orquestra Gulbenkian is a symphonic group there’s no feeling of routine involved and although the playing may seem a tad careful at moments it’s always warm in its precision, not clinical.

Maestro Foster exercises a commendable level of restraint over the proceedings as well. Eschewing an overtly lush, maudlin, interpretation where some conductors take advantage of the emotional climaxes to unleash cataclysms upon apocalypses (yes I’m looking at you Herbie v.K.) Volume levels, I am happy to report, remain natural throughout.

Interestingly there are no “offstage” effects in this recording. The departure of the wedding guests in Act I and the sounds of the sailors that open the second part of Act II are all achieved with the singers themselves singing softly which carries its own kind of magic.

Also Maestro Foster has decided to reinstate the original lines given to Kate Pinkerton in 1903 later distributed to Sharpless, “Son la causa innocente…”, thus filling in her portrayal and naturally changing the entire dynamic of the interview. Kate Pinkerton acknowledges Cio-Cio San’s sacrifice directly to her, promises to take “loving care” of her son and asks for her forgiveness.

Having heard this now in context I believe that this is how the finale should be played. The soprano Leisbeth Devos’s contribution as the new Mrs. Pinkerton cannot be discounted and she does fine work.

The supporting cast is strong starting with the very impressive Bonze of Kevin Short and the sharp, but not oily, Goro of Tenor Alexander Kaimbacher whose characterization stops just short of caricature.

Our Suzuki, Elisabeth Kulman, started her career as a soprano only to switch to mezzo and contralto roles a little over a decade later. She provides good and solemn support avoiding the hysterics of some of her forerunners in the part (no crying before, “Un bel di”). She delivers a lovely give and take in the flower duet and offers some very unique reactions in the final scene to help amp up the drama and keep it vivid.

Lester Lynch remains a constant among these recordings and I’ve been critical of him for being more bass than baritone in the past. I find his Sharpless to be his best work in this series so far. The voice, as we know, is ample and this role seems to sit right in his sweet spot.

Also his concentration here is primarily on the conversational quality of the writing and the text. Consequently it adds a dash of theatricality to his performance which makes his presence here more significant than I anticipated.

I’ve seen Italian Tenor Stefano Seccö here at LA Opera as both Verdi’s Gabriele Adorno and Puccini’s B.F. Pinkerton the last time it was presented here in 2016 and my opinion of him is much the same. It’s a nice sized tenor with good phrasing on the long high lying phrases.

Perhaps he’s not as expansive on the top as you’d like and slightly grainy. Good but not gala. He does commit the grievous musical sin of a really unmusical slide into the phrase, “E notte serena” in the love duet (which he repeats when it comes around again (!)). Other than that he minds his musical manners and leaves us with a heartfelt, “Addio, fiorito asil”.

Cresting over that flowered hilltop in her wedding kimono we have American Soprano Melody Moore and from her entrance you can tell exactly what you’re in for. She gives us a delightful bullzeyed ping on that first big phrase, “ove s’accolgie,” and later floats graciously up to the optional D-flat.

Whereas you get the impression that some sopranos are doing all they can with the role Ms. Moore leaves you thinking she can do anything she wants. It’s a big, voluptuous sound (think Eleanor Steber) and although her brushstrokes may be broad at times they’re always deployed with discretion.

The vulnerability of the character is important but certainly not at the expense of Puccini’s phrasing. That said there is an oh-so-brief moment during the wedding where Ms. Moore, I think inadvertently, dominates the entire ensemble which proves how considered her portrayal really is.

Also another role, not unlike Puccini’s Tosca, where the delivery of the parlando passages are so familiar to opera fans they’re practically like readings from the Old and New Testament. Her “Vogliatemi bene” as the love duet starts to hot up is a perfect piano springboard to the coming vocal explosions (which momentarily overload the microphones). Her “Un bel di” has a beautifully felt, “Chi sara, chi sara?” midway and her singing always exhibits that delicious through-line to the end of each phrase.

Prior to the wedding scene with Pinkerton, and later in Act II in the interview with Sharpless, she’s never overtly coy in her innocent responses which is tricky. That said her, “Ah, m’ha scordata?” before she reveals her young son to the Counsel is a bounty that doesn’t suffer in comparison to any of her predecessors in the role. Oh and the, “Che tu madre,”which is frankly my litmus test for the whole role, doesn’t disappoint either.

Once again the whole final scene, her exchanges with Suzuki and now with Kate Pinkerton, just add to the emotional destruction in the final moments and Mamma gushes like an oil well during her final “Guarda ben!”.

An interesting aside is that the libretto not only prints the Italian/English text but also the parenthetical scene setting and line readings in italics which is helpful.

It goes without saying that the SA-CD Hybrid Multichannel CD’s far surpass anything you can stream over the net and Pentatone has once again uses eco-friendly tri-fold packaging with a poignant quote from the libretto’s finale on the inside leaf.

Fans of Ms. Moore will certainly want this for their collection and Maestro Foster leads a very capable cast in a sensitive and voluptuously recorded, but not overly lachrymose, reading. I had a voice teacher who referred to studio recordings as hot-house tomatoes. While that’s certainly true when it’s this juicy it seems a shame to leave it on the vine. 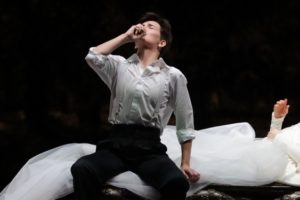