Giacomo Puccini’s La fanciulla del West may have its detractors (Stravinsky referred to it as a "horse-opera’) but you will not find me among them. 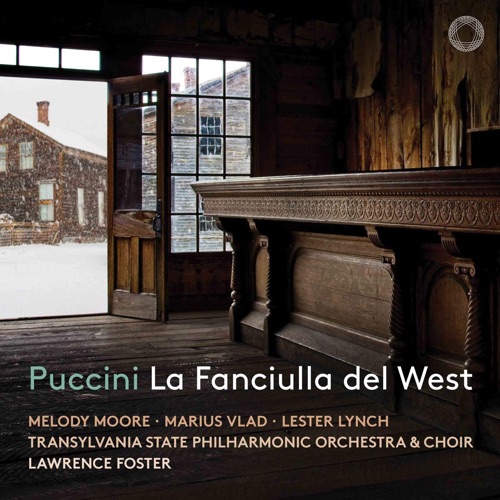 The Metropolitan Opera’s first ever world premiere was presented on December 10th, 1910 with a stellar cast that included Enrico Caruso, Emmy Destin and the baritone Pasquale Amato. The conductor was no less than Arturo Toscanini and it was produced by the great theatrical innovator and realist David Belasco who had also written the successful play it was based on. Ticket prices were doubled for the event ($10. imagine?) and no expense was spared. Puccini himself demanded 10 horses onstage for the forest scene in Act III. All that “eau de cheval” must have brought a whole new meaning to the Golden Horseshoe that night.

Productions around the world followed but the complexity of the score, the lack of “star-turn” arias and the considerable demands of the title role conspired against its initial popularity. Then there was the oddity of an opera that took place during the California Gold Rush.

It even languished out of the Met repertory for nearly thirty years between productions until Leontyne Price and Richard Tucker got opening night in 1961 with sets and costumes borrowed from Lyric Opera of Chicago. Tragically Price was felled by a viral infection halfway through the second performance and had to withdraw. She was replaced by the steadfast and stalwart Dorothy Kirsten. Ms. Price returned for one more performance in the house and two on tour later that season. If she’d enjoyed a big success who knows how she might have helped popularize the work but it wasn’t meant to be. She avoided the role from then on.

She wasn’t alone either and recordings were scarcer still. The most grievous opportunity missed was Walter Legge’s planned La Scala recording for HMV which was supposed to star the holy triumvirate of Maria Callas, Giuseppe di Stefano and Tito Gobbi conducted by Serafin or Votto (I can’t recall who was in favor with Madame at the time).

Callas soured on the project but Legge had a relatively unknown Birgit Nilsson under contract so she was pushed into service with a journeyman supporting cast and conductor. Nilsson doesn’t even mention it in her autobiography and, apparently having learned her lesson, never signed another recording contract nor did she sing the role onstage.

But Covent Garden struck real gold in 1977 when they finally mounted their first production designed by Ken Adam of James Bond film fame and starring Placido Domingo in one of his most congenial roles. Also on hand was a real California blonde with the voice of a Valkyrie in Carol Neblett. Conductor Zubin Mehta confesses in his autobiography that he showed up for rehearsals having not really learned the score.

Here finally was the performance that put Fanciulla over. Not only did Deutsche Grammophon record it that year but it’s revival in 1983 became one of the first operas released on home video. I vividly remember, as a budding opera fan, checking that recording out of the library solely because of the front and back cover photos. Cowboys and poker playing in an opera?

Puccini’s score turned out to be dazzling to the ear with all its abundant color and whole-tone harmonies. It strangely seemed to capture that western-American era with an Italian operatic idiom. Plus it was like listening to a radio melodrama. Most especially in the Act II card game over the tenor’s life and the wind machine. That DG recording remained unrivaled for years

In the late 1980’s plans were afoot at the Met to mount a new production for Domingo since the bandit Dick Johnson was his professed favorite role and it had gone missing from the repertoire again since Renata Tebaldi had taken a stab at it (some would say literally) back in 1970.

RCA even decided to make a warm up recording with the slated soprano star Eva Marton and conductor Leonard Slatkin. Then Frau Marton got into a Brunhilde brouhaha with the Met over her televised performances of their new Ring production. Reports vary as to whether she or the Met cancelled her upcoming appearances in Die Frau Ohne Schatten, Der Fliegende Hollander, Andrea Chenier, and the new production of Fanciulla. She did take a flight home to Budapest for “family reasons” with two Salome’s left to sing in New York. I am certain that Katarina Ikonomu, Mechthild Gessendorf, Aprile Millo and Barbara Daniels were all happy for the opportunities her absence from the roster provided.

Meanwhile the RCA recording of Fanciulla turned out to be Hamlet without a Prince, or an Ophelia for that matter. Marton’s voice was now well past its sell by date and the supporting cast wasn’t gala either. Yet that recording had two very interesting musical additions that it shares with this new release from our friends at Pentatone that now brings it to the front of the discography.

When I first started listening to opera it was just at the birth of the digital era and I was like a drug addict for all that clarity. Now that same technology makes bootleg radio broadcasts sound like studio releases. I used to say that a good recording sounds like you’re standing outside the doorway of the studio. The usually crystalline work of the Pentatone recording team, led by Producer Job Maarse, have outdone themselves here however. Managing to capture the most sonically seductive performance of this opera I’ve ever heard. The sound of the orchestra and the voices are so present it’s startling at times.

A good example is Minnie’s entrance into the Polka Saloon in Act I. She breaks up a fight firing a round from her shotgun and then the horns play her “theme.” But that’s not all the horns are doing. They’re actually split and half of them are playing her theme while the other half play a regular pedal point underneath. It’s always been there but I’d just never heard it until now.

The engineering is only half of the job which would be meaningless without the clarity and brilliance of the playing of the Transylvania State Philharmonic Orchestra under Lawrence Foster. They manage to coax every bit of magic from this radiant score. There’s a welcome snap in the horn playing and the strings are lush with just a hint of “country” in their tuning. Particularly clean playing in Act One that’s never allowed to descend from sentimental into mawkishness. After all Lawrence is the leading George Enesco interpreter in the world so he knows his way around modern music without making it gush like Tchaikovsky.

Ms. Moore’s contribution is particularly welcome and her Minnie is the gorgeous combination of boy-scout den mother and hillbilly valkyrie. The Bible lesson in Act I, which is recorded in full here I think for only the second time since that 1991 RCA, is warm and caring and helps establish her relationship to the miners.

When Mr. Lynch’s Jack Rance starts putting the moves on her in Act I she fends him off gently but firmly. She takes two phrases in one breath leading up to the climactic “C” in “Laggiu nel soledad” which is mighty impressive and then ends the aria as Puccini wrote it, without taking the high options. She doesn’t need to show off the top because she does go full Brunnhilde in Act II & III believe me. She’s got real bite in the parlando passages of the role as well but It’s a rare pleasure to hear a voice this size that retains its beauty above the staff. Nice not to have to wince at the high notes.

Which brings us to the other bit of music that may be new to some ears. In 1922 Puccini extended the duet for Minnie and Johnson by 15 bars of music for a production in Rome. The singers in that cast declined to perform it deeming it too difficult. It’s less than a minute of music and starts around the 3:40 mark in the excerpt below after the word “Eternamente…” which is where the duet usually ends. It’s appearance on this recording is so organic and it’s a joy to finally hear singers capable of the challenge. It makes for a particularly visceral experience that now I’ll never be able to unhear.

Vlad’s tenor is a most welcome discovery. He has a serious spinto and sings with the requisite romantic abandon when needed. He’s got just enough weight to anchor the high lying passages especially in the aforementioned duet. His vocal placement is high in the mask which can sound a bit nasal on shorter high notes. Still you can tell for a voice his size it’s got a lot of ping. He can also sing softly which is rare enough and if he drops a consonant from the climax of “Or son sei mesi” I forgive him.

Lynch and Moore are theater magic during the card game in Act II and with Foster bringing out all the colors in the orchestra (the blood dripping, the bells representing the snow storm) it becomes very exhilarating. Lynch lets out with a wonderful villainous laugh when he realizes he’s finally captured the bandit and Moore’s cries of happiness at the curtain sound credible.

The detail and clarity extend to the choral singing. It’s more precise than some of the ad hoc groups I’ve heard before. In Act I in the Polka Saloon both during the brawl and in Act III with the chase and capture of Dick Johnson you get to enjoy every note and rhythm. Puccini writes a lot of humming for the men too and it’s especially present here as well like in the little waltz in the Polka.

I think I listened to the last track of Act I a dozen times. It’s so perfectly realized.

Minnie’s stifled sob at “Oscura a buona e nulla’. The insanely luxurious harp glissando at the end of the tenor’s line “viso d’angelo.” The brilliant fortissimo from the strings at Minne’s “Ah….” and the humming of the miners fading away softly in the background.

Penatatone does their usual nice packaging job with a tri-fold cardboard case with a full Italian-English libretto attached in the middle (which is a little ungainly). I frankly miss the French cigarette cases they’ve previously used. Also no artists bios anywhere which is a real volte face for them.

Ironically Pentatone reissued the DG Covent Garden performance as part of their Direct Stream Digital “Remastered Classics” series in 2017 so now they have both of the very best recordings of this exceptional work in their catalog. I can recommend it without reservation.