Something close to cultishness

Over the course of 700 pages, Alex Ross exhaustively—and sometimes exhaustingly—examines an impact that began in the Wagner’s own lifetime and continues unbroken today, with references cropping up in contemporary works as different as The Matrix and Curb Your Enthusiasm. 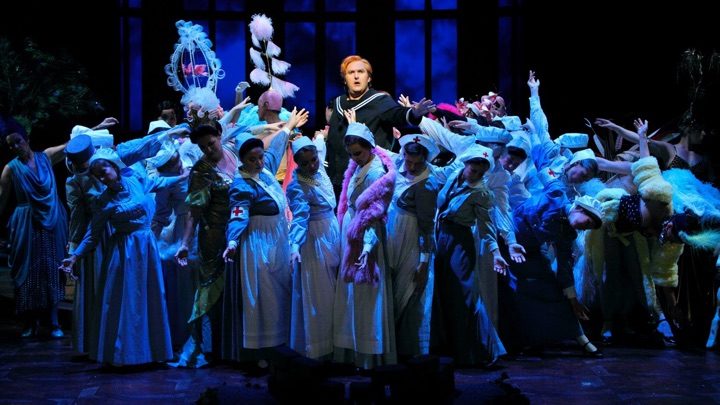 A few hundred pages into Wagnerism: Art and Politics in the Shadow of Music, I started to feel like I’d been cornered at a cocktail party and couldn’t break free. My captor had a wealth of knowledge—some of it very interesting indeed—but an evident lack of social graces. He didn’t notice my eyes glazing over as he circled back to the same point already made, or blathered on about something trivial while giving short shrift to a more intriguing line of conversation. I started looking around for something more satisfying long before the encounter ran its course, and by its end, my primary feeling was one of relief.

Alex Ross chose a worthwhile and multifaceted topic for his third book. Distinct from Richard Wagner himself, Wagnerism is a devotional state that often dips into something close to cultishness. It extends beyond the opera house and concert hall—so much so that Ross, a probing and incisive music critic, specifically decides not to focus on the Meister’s influence within his own discipline. It’s a choice that makes sense: No other artist, save perhaps Shakespeare, has dominated so many disparate creative spheres. And the use of “Wagnerian” as an adjective, not unlike “Shakespearean” (which Ross himself falls victim to several times), frequently means something completely at odds with its signifier.

Rather than concentrating on composers and musicians, Ross turns to those he terms “the artists of silences.” These are the painters, poets, philosophers and novelists who found themselves drawn to various elements of Wagner’s work—some positive (the otherworldly lushness of his music, his melding of myth and Romanticism), some not (his tribalist and anti-semitic streak of nationalism). Over the course of 700 pages, he exhaustively—and sometimes exhaustingly—examines an impact that began in the composer’s own lifetime and continues unbroken today, with references cropping up in contemporary works as different as The Matrix and Curb Your Enthusiasm.

The chapters cover the usual suspects and unexpected devotees alike, the latter often more engrossing in their relative novelty. Perhaps expectedly, Nietzsche becomes the book’s Kundry figure, cursed to wander throughout the pages, mentally and physically unsettled by his twinned dedication to and disgust for Wagner. Unfortunately, no Parsifal figure appears to free him from his curse—a fact I came to regret with each recurrence.

The focus on Nietszche in a study of this kind is, of course, predictable. Yet I found myself drawn to Owen Wister, author of the archetypal Western novel The Virginian, and how the cult of Wagnerism intersected with Manifest Destiny. Wagnerism flourished in America in the late-nineteenth and early-twentieth centuries—evidenced in part by the Met’s all-German policy from 1884 to 1891—which opens the question of why someone perceived as a staunch German nationalist would hold such a sway over the art and culture of the new world.

The answer, Ross argues, may be found in a strain of heroism running through Wagner’s operas that feels particularly close to the frontiersman philosophy of rugged individualism—or perhaps something more sinister. The Virginian “is shot through with white-supremacist rhetoric,” which undoubtedly “brings up the all-too-familiar convergence of Wagnerism and racism.” The racist tinge of Wagner’s work could appeal to a post–Civil War society looking for ways to venerate the idolized white male body, the Siegfried figure, while simultaneously minimizing the worth and contributions of Black and Indigenous Americans. The American West and the realm of Wagner thus both become the white man’s provenance.

Ross admirably gives voice to Black, Jewish, LGBTQ+ and feminist theories of Wagnerism alongside the expected racist and anti-semitic claims to these works. That said, some aspects are more thoroughly developed than others. Working from the position that “modern homosexuality was, to some extent, a German invention,” the gay grappling with Wagner is particularly robust; it encompasses the coded queerness of characters like Klingsor, the site of Bayreuth as a meeting place for same-sex assignations and continues to a particularly humorous aside set in a New York City fetish bar.

Black Wagner, however, is reduced almost exclusively to W. E. B. Du Bois, who traveled to Bayreuth in 1936 (a curious year that intersects with Jesse Owens’ victory at the Berlin Olympics) and used the Lohengrin prelude as a narrative device in “Of the Coming of John,” a seminal story in The Souls of Black Folks. But Du Bois cannot be the sum total of Black Wagnerism, and some of Ross’s focal choices are curious. Although this isn’t a book about music, the Black contralto Luranah Aldridge (daughter of Ira) is discussed for several pages, which focus on an aborted Bayreuth engagement. Yet Grace Bumbry, who actually broke the color barrier at Bayreuth, garners only a half-sentence mention. The same minimal attention is given to Amiri Baracka, whose Dutchman deserves a more thorough reading.

Du Bois himself merits less consideration than some relatively obscure historical figures, like Joséphin Péladan or Gabriele d’Annunzio, and Ross’s evident interest in arcana sometimes comes across like a scrupulous doctoral candidate too eager to show his work. What he does, or doesn’t, focus on is curious. Willa Cather gets an entire chapter, likely due to her friendship with the Swedish-American Wagner soprano Olive Fremstad, who served as the model for Thea Cronberg, the diva protagonist of The Song of the Lark. (Ross teases a link between Cather’s largely unfulfilled lesbian tendencies and her Wagnerism, but leaves them frustratingly unexplored.) But it remains unclear why she earns such focus and not James Joyce, T. S. Eliot or Virginia Woolf.

The book’s most satisfying section deals with film. Perhaps that’s to be expected. Wagner himself is often cited for employing proto-cinematic devices in productions at Bayreuth—advanced lighting effects in Parsifal, projections in the 1876 Ring—a tradition that continued through visionary theatrical designers like Adolphe Appia. Yet this chapter comes alive largely because it allows Ross to synthesize music and drama in a way that’s missing elsewhere. He describes The Ride of the Valkyries as “Wagner’s finest action sequence” and then breaks down exactly what makes it so: the orchestration bolsters the action, allowing Wagner, the master of marrying text and sound, to summon an all-encompassing experience. The drive that began in Wagner bred down to Birth of a Nation and Apocalypse Now, to “What’s Opera, Doc?” and the Marvel cinematic universe. What is Star Wars if not a Nibelungen?

In his introduction, Ross calls the process of writing Wagnerism “the great education of my life.” Too often, though, it is merely edifying. And the author largely keeps himself off the page. That ends with an affecting postlude, in which Ross charts his own journey with Wagner, which includes romantic hardships, alcoholism, and the reconciliation any Wagnerite must make with the composer’s music and how it is used by right-wing factions, both in 1945 and 2020.The chapter is scant but moving. Where has this guy been the last 700 pages? I thought to myself. I want to talk to him some more.