Call of the wild

Call Out is an ample demonstration of Zachary James’ many talents—and an inspiring example of the artistic light that can be generated even when our theaters are temporarily dark. 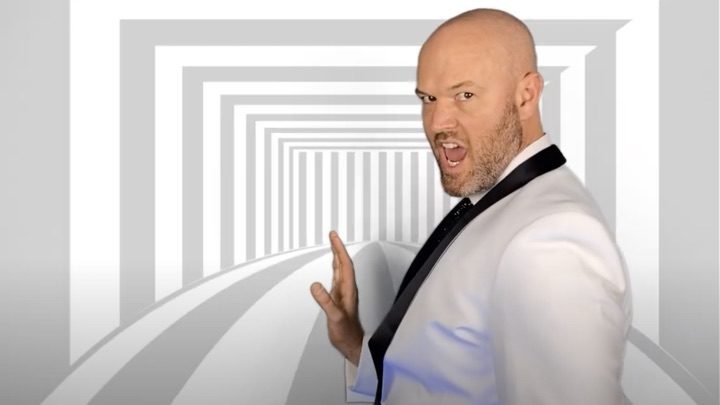 Just when I think we’ve reached the limits of what can be accomplished in the pandemic’s virtual isolation, something new comes along to surprise me. Bass-baritone Zachary James’s protean talents are known to cross popular musical theater (he created Lurch in The Addams Family on Broadway) and opera (notably in the Met’s Akhnaten); now, James also shows himself to be an accomplished video artist.

Call Out—a “visual album” in 25 episodes, ranging from less than 30 seconds to 21-plus minutes—is a journey in music (all of it by female composers), poetry (many sources, from Sappho, to Lewis Carroll and Edgar Allan Poe, to original contemporary works) and imagery.

Some sections strike me as stronger than others, but the collective impact is quite extraordinary. The vision is, of course, really the important point here, but the level of visual imagination and polish is astonishing. Very occasionally, picture and sound suggest some constraints; far more often, though, the sheer luxe-ness of the project is jaw-dropping.

Taken as a whole, Call Out runs the length of a feature film—and the look and feel of it isn’t far from that level. Along the way, James—who appears throughout, though the album also features other performers, including, very prominently, pianist Charity Wicks, and cellist Jeffrey Ziegler—also shows his bona fides as a cabaret diseur and “presence.”

Potentially, you could dip into Call Out in bits and pieces, and watch them in any order. But I recommend at least for your first exposure that you go from beginning to end. The YouTube link below will facilitate that, free of charge. (There is also an audio version available through Spotify, iTunes, and others—but watching Call Out is definitely the way to go.) Part of the pleasure here is contemplating connections between pieces and pondering over-arching themes.

There is no traditional narrative to Call Out, but there are some repeating resonances. One is the earth itself—in all its considerable beauty, but also as corrupted by its inhabitants. The title track (actually, four tracks grouped together) ponders the allure and dangers of social media. Diversity is on the menu in all kinds of ways, not least the range of musical styles. Sexuality plays a part, too—James is an out gay man, and while Call Out would be PG-rated, there is more than hint of flirtatiousness in several episodes. 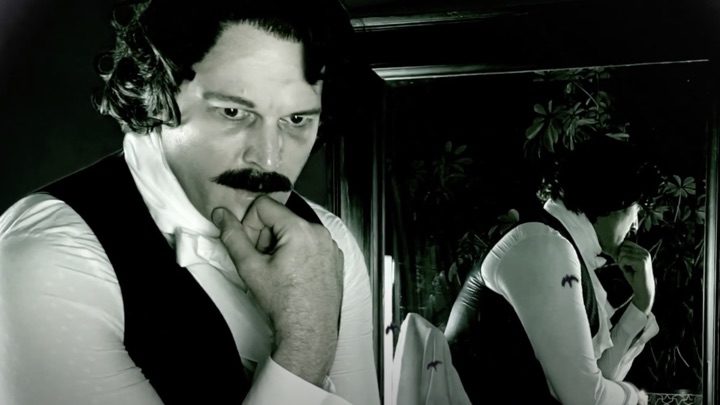 You can, of course, choose instead to watch however you want. Likely I’ll go back to some particular sequences. You’ll have your own favorites, of course—here are a few of mine:

Lagrime Mie. The earliest piece musically is Barbara Strozzi’s gorgeously somber lament. The visuals move between close-ups of Brandon J. Acker, providing the excellent theorbo accompaniment, and James sensually lounging in a rocky mountain stream. Both performers show considerable affinity for Baroque style (the range here and elsewhere takes James both above and below his “opera voice”). The song itself, in an English translation by Bonnie Montgomery, here seems to become a lament for nature engulfed by human-generated waste.

The Unity of Men in Love. An original work by composer Persis Parshall Vehar to poetry by George Klawitter, Unity feels like a mini-cycle that for me very pleasingly evoked Samuel Barber. As Charity Wick’s provides flavorful piano accompaniment in the background, James—in a black turtleneck and jeans—is heard in something closer to his “Liederabend” manner.

Pinocchio’s Lament. This charming song by Rachel J. Peters and Robert Maddock wryly explores a grown man who also feels like a puppet. Both the theme and its clever realization here reminded me of Sondheim and Into the Woods.

Jabberwocky. Lewis Carroll’s famously bizarre poem gets a decidedly gay spin here, with James—decked out in multiple costumes, including a pageboy wig, and a steampunk ensemble—vamping for the camera. Rene Orth’s musical setting finds both the wit and the sinister underpinnings in the text.

Finally Salao. For my money, this is strongest piece in the album. The title is taken from Hemingway’s Old Man and the Sea, which is also present in gorgeous, sweeping landscape video collages. The work, by composer Paola Prestini and librettist Royce Vavrek, is almost a cantata, with a gripping, often edgy musical palette. Finally Salao calls for—and receives—a lot of vocal and interpretive skills from James.

As I say, those are some of my favorites. You’ll have yours, which might include The Raven, clearly meant to be the centerpiece of Call Out. For me, though there are some Dark Shadow-ish pleasure to it, it goes on too long (just over 20 minutes). But it might well bring James more of a pop singer following.

On balance, Call Out is an ample demonstration of James’ many talents—and an inspiring example of the artistic light that can be generated even when our theaters are temporarily dark.