A troika of operas by Rachmaninoff: Aleko , The Miserly Knight and Francesca da Rimini , courtesy of Odyssey Opera. 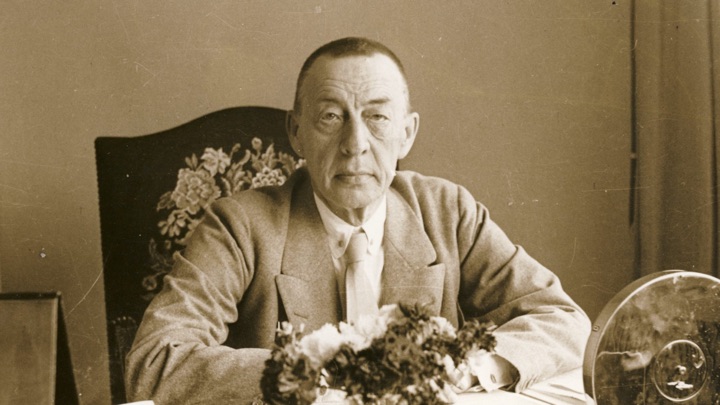 “I had no idea Rachmaninoff wrote opera…” an informed, music-loving friend texted me recently.

At face value, my friend’s comment speaks to both Sergei Rachmaninoff’s overwhelming association with symphonic repertoire and an overall lesser familiarity with the small amount of solo vocal writing he did do.

But the comment also inadvertently challenges the three one-act operas themselves, each one opulent and rich in musical detail yet tenuous in its relationship to a medium that limns narrative, character, action, and atmosphere to music, which truly benefit from a consecutive, chronological, concert-style presentation like Odyssey Opera gave them (for the first time ever in this country!) on Sunday afternoon at New England Conservatory’s Jordan Hall.

That said, these pieces are not entirely unknown quantities; Aleko (1892) The Miserly Knight (1902), and Francesca da Rimini (1904) may be titles of but passing familiarity to opera fans, yet all have had at least one NY metro area presentation in the past decade (with The Miserly Knight popping up at Bard’s Summerscape festival just this summer). These complex, difficult, musically rewarding scores undoubtedly deserve more play, even if Rachmaninoff’s discomfort with the medium, paradoxically, seems to grow more acute as he finds his compositional voice across the twelve years these pieces span.

Across the three operas, the ethos behind the solitary sinuousness of the famous Vocalise is reproduced at scale; voices move in seeming isolation, seldom wending together with any complexity to shade a phrase with nuance and rousing orchestral interludes often feel disjointed from the vocal scenes. Atmosphere usually wins out, be it the Tsingari camp of Aleko or the flaming inferno of Francesca, and musical depictions of characters and actions are usually less evocative. The prevailing aura, after hearing so much bass cantillating, is vaguely liturgical.

Aleko, a verismo-inflected opera taken from Alexander Pushkin about a jealous husband’s murderous revenge for his wife’s infidelity amidst a Roma camp, has the most robust dramatic framework. It helped that the opera begins with a monologue for the Old Man, father of the fated wife Zemfira, sung with plangent expressivity by Kevin Thompson. His even, rippling vibrato and the astonishing depth of both his range and his timbre was hypnotic from the outset. This is an artist to watch, for sure.

As the jealous Aleko, Aleksey Bogdanov stretched gnashing, righteous fervor across his taut baritone, but was unable to soften his tone or his tack to give the character any depth. Ukranian soprano Yelena Dyachek had an especially brilliant showing as Zemfira, reaching down to the smoldering depths of her rounded lower range with seductive ease. And tenor Andrew Bidlack, as The Young Man she loves, sang with sweetness and control with a serenade that garnered a smattering of mid-performance applause.

The score of Aleko revels in every one of the musical tropes associated with depicting nomads (moody reeds, meandering passages for high strings, tinkling percussion, cymbals, abrupt changes in dynamics, etc.). Gil Rose, Odyssey Opera Artistic and General Director and conductor here, accentuated each trait in his detailed, energetic reading of the score. If some of those internal juxtapositions lacked some coherence, it’s more a trait of the score itself than Rose’s reading.

In The Miserly Knight, also taken from Pushkin, the relationship between text and music is more sophisticated with the orchestra carrying a degree of import almost parodic compared with the trivial squabbling of the characters. Though its atmosphere is less distinct, it moves with greater fluidity to tell the story of Albert, a petulant prince who wants to access the fortunes his miserly father the Baron has been hoarding away.

Spencer Hamlin’s muscular tenor communicated that petulance with strong high notes, albeit without much variety. As the Baron, a role conceived for Feodor Chaliapin, Mikhail Svetlov was an imposing presence, especially during his lengthy solo scene, a maniacal rant about wealth and saving climaxing in a thrilling musical passage depicting the opening of the baron’s final unfilled coffer. Svetlov’s sound may not be a columnar one, but his gurgly bass cut exactingly into the text, making his monologue a highlight of the afternoon. Yeghishe Manucharyan, a gallant presence, did his best negotiating the hideously antisemitic role of The Moneylender. Bogdanov returned here as The Duke who is supposed to mediate the fatal dispute to thrilling, thunderous effect.

Rachmaninoff’s final opera, an animation of Francesca da Rimini, the fated yet eloquent Italian noblewoman of Canto V from Dante’s Inferno, treats a subject regular readers of the Box will know is dear to this writer’s heart. Maybe some of the intricacies of Francesca’s speech, a narration about how she and her brother-in-law Paolo Malatesta became possessed by love while reading of Lancelot and Guenevere and were eventually slain by Francesca’s husband Lanceotto over the infidelity, are what stymied librettist Modest Tchaikovsky. But no matter if this is the most dramatically turgid of the three pieces, it’s an unparalleled feast for the orchestra and Rose held nary a punch in interpreting it.

Thompson and Manucharyan made elegant returns here, as Dante and Virgil in the short prologue that precedes the opera. Then, the story is punted to the characters to enact themselves. Bogdanov appeared a final time, well cast as a surprisingly rational yet stridently bellicose Lanceotto Malatesta (complete with a hair-raising cackle).

Andrew Bidlack also reappeared as Paolo, egging Francesca on to read with a tender lilt amidst a relentlessly high tessitura. While his frequent high notes showed signs of pressure, they admirably retain the forthright pearlescence of the rest of his timbre. Even if Paolo is nearly silent in the Commedia, I’m glad Bidlack had something to do here.

But it was Dyachek’s moment as Francesca. While her lower register was on display in Aleko, here she was wrapping her gorgeous, supple voice around Francesca’s floating lines with effortlessness. Her earnestness and the rippling sheen of her high notes gave a rather staid scene a plaintive core which made her dissolution back into Rachmaninoff’s ‘bufera infernal’ even more devastating.

Rose conjured gorgeous playing from every featured section of the Odyssey Opera Orchestra while hell and the moans of the damned (ethereally sung by the Odyssey Opera Chorus) swirled relentlessly through the hall.

At the very end of the Canto V, Dante faints, overcome by the eloquence of Francesca’s story. After nearly four hours of the most luscious Russian opera performed with such tireless zeal, I was nearly ready to do the same, overcome by the emotion, enthusiasm, and rigor of a wonderful afternoon of music-making.