You know in some of those old Jeanette MacDonald movies where she plays a prima donna and receives applause in a public setting? That’s just what happened when the three of us walked into that restaurant, one patron calling out “Brava!" 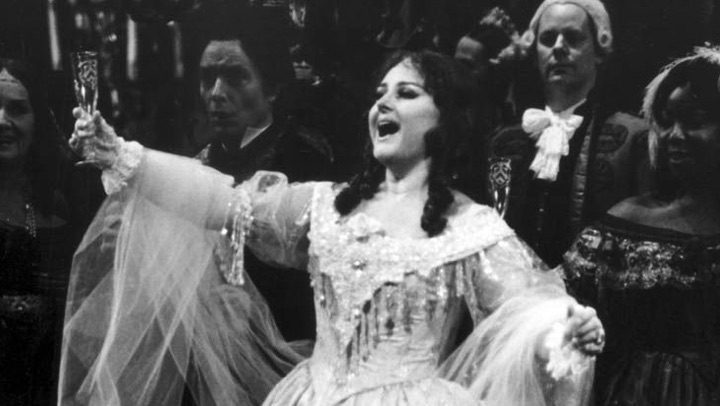 The most valuable experiences in the next half-dozen years were the travels to Edita’s live performances, where both on and off the stage I learned the most about my subject, in multiple capacities.

The following year in 1989 came Edita’s most important gig at the Metropolitan Opera: a new fall-season production of La traviata designed and directed by Franco Zeffirelli, and conducted by the titan of all conductors and one of Edita’s all-time favorites, Carlos Kleiber (he and Nikolaus Harnoncourt she regarded as musical gods).

Also in the offing were a few in-person interview discussions with me; transatlantic phone calls were not only prohibitively expensive then, but they are, as audio-only experiences go, unsatisfactory without the telling and present visual elements. The premiere of the prestigious occasion was punctuated by the usual jitters and expectations that come with opening night, but was, by-and-large, successful.

Then, calamity struck. Edita came down with a particularly nasty cold and sinus infection after the second performance which caused her to miss the next few performances, and showed every indication of disabling her for the rest of the run. As Kleiber refused to conduct the cover soprano, even with pressure from the powers-that-be, he abruptly returned to Germany.

In what was one of the most profound disappointments of her career, Edita wound up singing less than half of the scheduled performances of Violetta in New York, and missing further opportunities to work with Kleiber; this was their last collaboration. Dashed, too, were my chances to interview her at length; the one meeting we had showed her sad and disillusioned.

Physically she was sick, and mentally despondent—all those weeks of preparation, rehearsals, and there was no chance to enjoy the settling-in period of the run. Most of all, though, Edita loathed missing performances, as her fan base often traveled from continents away to see her, no matter where she was.

The time in New York ended on a more positive note: a song recital on November 5th at the Alice Tully Hall, with her mainstay programme of songs by Dvorak, Brahms, Mendelssohn, and Strauss, accompanied at the piano by Friedrich Haider. Though she was not yet completely well and needing to clear her throat a few times during the course of the afternoon, Edita was in good form, and was rapturously received by the full-capacity audience.

The last encore, the mad scene from Hamlet, had the audience leaping from their seats with roars of approval: in the last third of the piece she filled the hall with volleys of poured-out sound, and the climactic high E was huge and brilliant (I’ve never heard anything like it before or since).

After the recital ended, hordes of people waited for Edita to get a photo with her and an autograph. I heard numerous Slovak and Czech tongues, as well as Germans, and I watched, fascinated as Edita went from one language to the next without missing a beat. Despite the preceding troubled weeks, it was a joyous afternoon.

When Edita returned to New York in the Spring of 1991, it was to undertake Elvira in the Met’s production of I puritani.

Of all the times I spent with Edita, this is the one I perhaps remember most fondly. I was in New York for 10 days, seeing the last of her two performances. In stupendous form for this run (maybe her finest Elviras), on both occasions she created that “suspended in time” moment in the “O vieni al tempio” ensemble at the end of Act One.

Kneeling on the floor at the front of the stage, she offered up an astonishing display of finely contoured phrasing, with her voice weaving in and out of the chorus like an intoxicating spell, modulating the tone with impressive dynamic control, every gradation at her command; a mighty rise of the line and crescendo to the held high D; and finishing off with, in this order, a textbook messa-di-voce, a perfect slow trill, to a concluding diminuendo of the utmost loveliness:

After both these performances—or any performance—Edita was usually fired-up and of good cheer yet acted as if she’d done nothing special, but I’d learned this was typical of her. There was not even a whiff of a subconscious manifestation of preening expectancy that she was waiting to be praised, and much less, that she was simply delighted and pleased with herself.

Nor did she ingratiate or flatter to garner responses. It was all real—Edita was modest and humble to the core. After that first performance, my friends Shirley and Linda were with me to meet with Edita. After telling her how much we enjoyed the performance, and made to leave, Edita said, “No, no, no, please, I would like to have you as my guests for dinner, I don’t want to eat alone. I would like it very much.”

We trekked over to a restaurant near the Met and entered. You know in some of those old Jeanette MacDonald movies where she plays a prima donna and receives applause in a public setting? That’s just what happened when the three of us walked into that restaurant, one patron calling out “Brava!” Edita was completely taken aback and she whispered “Ach, Mein Gott, let’s sit down, please.”

All throughout the meal people turned and stared. It was my first taste of what it was like to be a “famous” person out in public, or rather, experiencing what Edita did: slight unease at being watched eating, and feeling conspicuous. Almost reflexively, she bowed her head and slouched down somewhat. As if that worked…

After the second performance, back in the dressing-room area waiting for Edita to change into her civilian clothes, a petite, red-haired woman who looked familiar but I couldn’t place arrived at her dressing room door with a young man. The woman knocked. Edita opened the door and greeted the woman with welcoming effusiveness, invited her in, and closed the door.

The young man asked me if I were related to Edita. I briefed him on who I was and returned a variation of the same question. He replied, “That’s my aunt in there—Teresa Stratas.” After several minutes of lively conversation, the door opened, with Edita and Stratas laughing gaily in unison. Stratas smiled and quickly apologized for taking so long. “

Not at all,” I replied. Edita and Stratas had become friends while filming the Ponnelle/Harnoncourt Cosi fan tutte. Edita spoke glowingly of the legendary singing actress, affirming that Stratas was one of the most deeply intelligent colleagues she’d ever worked with, and noted that she was an “alte Seele.” 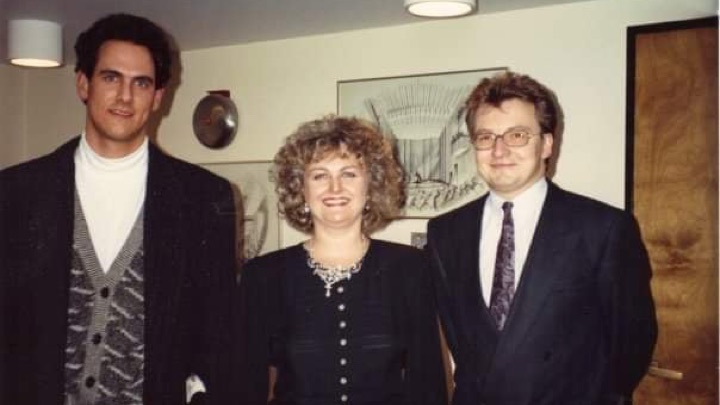 What made this trip so special was that she had no other commitments while I was there. Since she was alone, it gave me ample opportunity to interview and get to know her at length. It was a lovely, laid-back and relaxed time. Edita seemed to welcome my company, and in hindsight I realized by then I’d become a “familiar face,” someone she didn’t have to put on a “company” front for.

My memories of those quiet afternoons in the cozy apartment she was renting are of an almost elegiac nostalgia, because few other experiences in my lifetime have matched those magical hours, the warm, congenial glow of them, with me savoring this dream of an experience of a lifetime. She’d have beautifully presented on a tray all these luscious German pastries she selected from a local shop, and a pot of hot coffee ready.

On the coffee table were two Bärenreiter scores of Mozart concert arias; she was already re-studying them for her concert with Nikolaus Harnoncourt several weeks away—“Mein Gott, they are so high!” It was not just talk of music, singing and technique, but Edita, a deep thinker, had a thoughtful, philosophical view of life in the larger sense, and her well-traveled perspective was keen and illuminating.

There was one insight she shared with me about her stylistic approach. Edita had given me two cassettes to copy of a performance of (ostensibly) her *Lucia di Lammermoor* from Florence 1983 that a fan had sent her. I took them back to my room at the Y to listen to them.

As Lucia’s first scene began, I immediately knew this wasn’t Edita singing. Puzzled, I listened to the rest of it. It was Alfredo Kraus as Edgardo for sure, but that sure as hell wasn’t her. The next day I played it for Edita. She frowned, puzzled, as she listened. “I don’t understand. Why did this fan send me this?”

Listening further, she commented, “I don’t do this singing coloratura like haaa haaa haaa,” illustrating her point with choppy breaths.

It was a quite few years before I fully comprehended what she meant, amounting to something of a revelation, but that is for discussion later.

In the next installment, the diva encounters mashed potatoes!