I proposed to Edita that we turn my 20-page paper into a book, a musical biography. 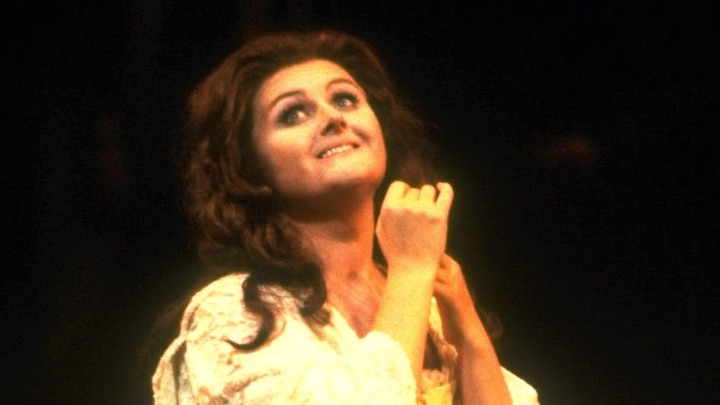 Flash-forward to the summer of 1988.  I caught the notice that Edita was returning to the Metropolitan Opera that fall to appear in the title role of Lucia di Lammermoor. I bought a ticket and received it in the mail. I could only a secure a matinee ticket way up in the Family Circle.

October 8, 1988, the day of the performance, was when everything, and the course of my entire adult life, changed for me.

About a month before the performance, an idea, whooshing like a soaring comet, surged through my brain. An idea so bold and crazy (it seemed to me), so outrageous and far-fetched I broke out in a sweat and trembled, with goosebumps accompanying all that. Nevertheless, I sat down at my Smith-Corona typewriter and composed my letter to Edita.

I proposed that we turn that 20-page paper into a book, a musical biography.  I gave her the date of when I would be there and would meet her backstage for her answer to my proposal, if she so wished. I did not tell anyone of my letter, sent in care of the Metropolitan Opera.

On the night of the performance, I was so anxious about my letter, I fidgeted throughout the performance. What I most recall, though, was how well Edita’s voice traveled up to the top of the vast, cavernous Met house, even the softest piano tones. As in Chicago, the roars of approval and ovations were long and loud.

After the Mad Scene ended, I found my way to the backstage area, legs a bit numb and wobbly, steeling myself to be turned away. The guard at the entrance to the dressing room area asked my name. He checked the visitor’s list, and there it was—even spelled correctly (the spelling my parents gave me ensured me I would be different, and they got more than they bargained for).

My pulse quickened as I walked hesitantly down the hallway, looking around, wondering where to go. I was approached by a man and two young women; the man looked vaguely familiar, and I quickly remembered that he was with Edita in the dressing room in Chicago 2 years earlier. “Mr. Rishoi?”

The man introduced himself: he was Edita’s life partner, the accompanist and conductor Friedrich Haider and with him were Edita’s daughters, Klaudia and Barbara.  He smiled at me and said: “Edita received your letter, she remembers very well your essay, and is definitely interested, that you should be the one to write her book! But she would first like to speak to you about this prospect.”

It should be self-evident as to how I received this affirmative—to say the least—confirmation. 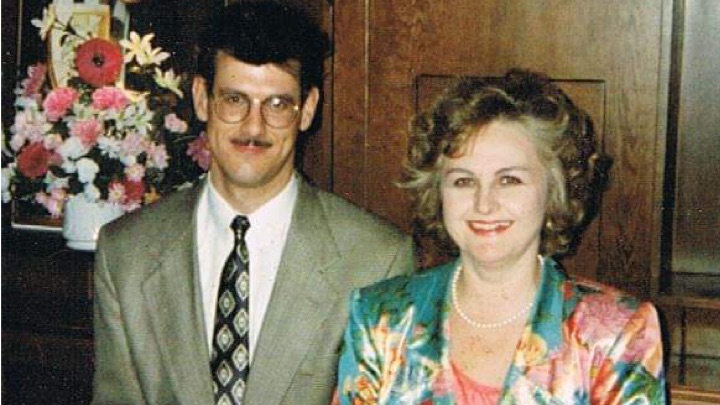 Mr. Haider walked me down toward Edita’s dressing room, telling me that she was changing out of her costume and would be ready to meet with me soon.  In the meantime, would I be interested in hearing a preview of their new joint recording, a soon-to-be-released opera aria recital? Mr. Haider produced a small cassette player with headphones, and I sat down and listened, barely registering this sudden turn of events, my mind racing about madly.

There was already a throng of people milling around Edita’s dressing room door. When it opened, they all poured in, lively chatter and expressions of a congratulatory nature commencing.

When at last the crowd dispersed somewhat, I was summoned to go in. Instant recognition appeared on Edita’s face when I walked in, and she smiled at me and said, “Thank you for your letter, I am very happy that it will be you, who will be writing this book. But I would like very much to speak with you first, because, Mein Gott, I can’t think of a whole book so early in my career. Aber, Ja, if you think…ok, but we will have to see, no?”

I asked if maybe having coffee or an early dinner were possible. “There is no time, I’m so sorry, we are going to Florida for some days before my next performance.”

We exchanged phone numbers and addresses, said our slightly prolonged operatic goodbyes, and I walked out of the Met in a complete daze. My world had taken on a new, rather surreal, overwhelming turn. Now I had to produce.

The next 6 years were a virtual whirlwind of long days, numerous all-nighters at my word processor, the securing of information, materials, audio and video recordings, phone interviews with Edita, interviews with a few colleagues, hundreds of yards of fax paper dispensed…it was a full-time job and a half.

A first-rate publisher on musical biographies, Atlantis Musikbuch-Verlag, accepted immediately. The most fortuitous aspect of turning out this book’s initial progress was that I was at the time renting a room with my friend Shirley Milne.

I cannot underestimate the influence and help Shirley generously gave me when the going got occasionally rough. An English major, and mother to my former singing teacher Linda, she had the advantage of being familiar with the myriad issues grammatic, stylistic and operatic; a keen, and a-once-removed-from-the-situation second pair of eyes and benevolent encouragement were exactly what I needed, and Shirley delivered in spades to that effect.

The issues of concern to Edita about the very nature of the book was dealt with in my first telephone call with her. She struggled just a bit with her English to articulate those concerns: “You like me, Ja, but I don’t want a book, how do you say, to be me only great, great, great,” adding emphatically, “I don’t like at all this type of book.”

I told her—choosing my words carefully so as to make myself clear to someone whose English was among some half a dozen languages she’d learned—that my aim was to produce a biography as it related to her life, how she became a singer in opera, her training, with discussions and analyses of her voice type and roles.

If I liked how she sang in whatever capacity relating to her interpretation, technique, and so forth, I would do my best to explain in objective terms, and keeping the subjective within reasonable boundaries.

Edita, verbally nodding throughout my explanations, replied, “This is good to know from you, I think perhaps this will be, very, shall we say….Ein Moment (at this point I hear the leafing-through of pages; she often kept a Langenscheidt German-English dictionary nearby)—fruitful project. But we will see, no?”

I then told her I would make out a complete suggested outline of the book’s subject topics to give her an idea of the specific content I had in mind. She liked this idea very much, as it would give her a sense of what to expect in the ensuing months—and years, as it turned out.

It was during those early, exciting months that I learned my first crucial lesson that served me from then on, in all my dealings with anyone, starting with Edita, in of what you might say, with persons of “high-standing”— even though she was, certifiably in her realm, a star in her field. The short of it: don’t be a gushing, star-struck fanboy (my words, not hers).

At first I was all “Ms. Gruberova” in what was perhaps an overly deferential manner. Within a swift matter of time she emphasized, “Niel, please, I am Edita.” I had had no previous experience dealing with a high-profile artist of her stature, and though my conduct wasn’t obnoxious, Edita caused me to change my approach to her by entirely telegraphed means.  I discovered immediately that I was dealing with the most grounded, down-to-earth person, completely free of artifice or pretentiousness.

I took my cues from her matter-of-fact directness, and in the process there arose a more naturalistic, indeed more spontaneous, collaborative association—the “fan-to-star” element evaporated rather quickly.

Next: Six years on the road!