Cavalleria Rusticana began Pietro Mascagni’s career with a bang, and despite a number of fine subsequent works the composer never again achieved the same lasting success that he had with his first. 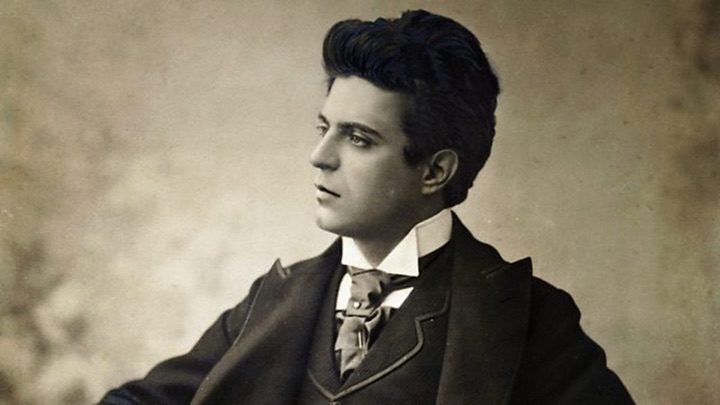 I had previously included Iris featuring Sonya Yoncheva on Trove Thursday, but Harry Rose’s recent appreciation of Cavalleria Rusticana got me listening to other Mascagni works.

The recent deaths of both Freni and Panerai inevitably led me to this 1963 Scala season-opening Fritz. When looking for a pairing (its companion on that December 7 had been Cavalleria), I happened upon the enticing two-hander Zanetto, whose soprano lead Carteri—remarkably for a performance from 65 years ago—is still with us at age 89.

Cavalleria began Mascagni’s career with a bang, and despite a number of fine subsequent works the composer never again achieved the same lasting success that he had with his first. Fritz came second and of course is best known for its captivating “Cherry Duet.”

Zanetto, at a mere 40 minutes is surely difficult to program and its trouser title role might seem incongruous in a work by a leading proponent of verismo. This 1955 performance proved a departure for Simionato who—for a mezzo—rarely donned pants.

In a nod to his beloved masterpiece, I’m also including a rare and precious live excerpt from Cavalleria Rusticana: the fiery duet between Santuzza and Turiddu with Simionato and Jussi Björling sparring in 1959 aided by the prompter (!) and the alluring Lola of Rosalind Elias, who also recently left us.

L’Amico Fritz, Zanetto and the Cavalleria duet can be downloaded by clicking on the icon of a square with an arrow pointing downward on the audio player above and the resulting mp3 files will appear in your download directory.

Freni’s mercurial Susanna in Le Nozze di Figaro remains available for listening here  while her celebrated Mimi and her one-off third-act Cio-Cio-San may also still be listened to here, and Panerai’s sly Gianni Schicchi opposite Lucia Popp is hard to resist.