Michael Spyres as Faust, despite a few flickers of indisposition, was nearly ideal. 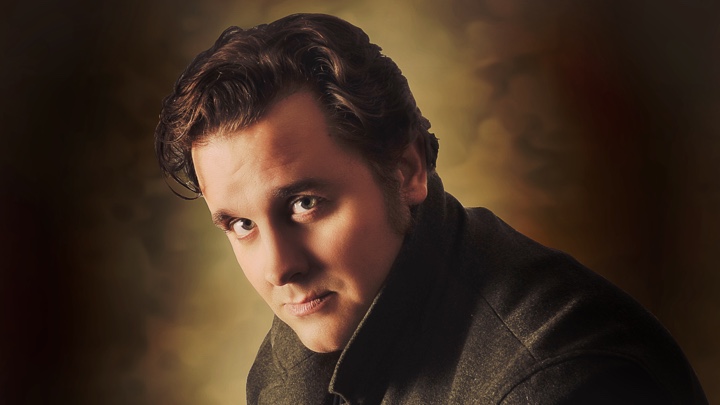 What a difference a week makes! The fine January 25th Met matinee of Berlioz’s La Damnation de Faust was made most special by Elina Garanca’s richly sung Marguerite.

But this Saturday evening’s repeat, however, showed all-around improvement crowned by the long-awaited Met debut of Michael Spyres who as Faust, despite a few flickers of indisposition, was nearly ideal.

Spyres, though born in Missouri, has over the past decade virtually become the go-to tenor for 19th century French opera. He first burst onto the scene as Raoul in the Bard SummerScape production of Meyerbeer’s Les Huguenots in 2009. If his Arnold in Rossini’s Guillaume Tell at the Caramoor Festival two summers later didn’t show him at his best, a follow-up performance of that character’s grand scena must surely be one of the best.

His becoming the Berlioz tenor of today has resulted in a series of recordings on Erato with conductor John Nelson beginning with Les Troyens followed by the Requiem.  Most recently he and Nelson reunited with his Troyens Didon, Joyce DiDonato, for Damnation, which preserves for all his remarkable Faust which Met audiences will get just one more chance to experience at the February 8 matinee also to be broadcast live worldwide.

New York got a taste of Spyres in Berlioz last season with his exquisite contribution to Sir John Eliot Gardiner’s Lélio at Carnegie Hall.

On Saturday Spyres proved immediately arresting in Faust’s monologue which opens the work. The voice was full and beautiful, round and expressive as he aptly captured the scholar’s world-weary mood. His plangent immediacy reached its peak later in the second act where the repeated ecstatic cries of “Marguerite!” throbbed and soared above the chorus.

The challengingly high tessitura of the third act brought a bit of discomfort with its punishing leaps high above the staff sounding uncharacteristically stressed. If the strenuous love duet with Marguerite was not his greatest moment, nor is it Berlioz’s. However, in his harrowing, searching “Nature, immense, impenetrable,” he found again his best form and was utterly devastating.

Throughout the demanding role his stylish and utterly clear French diction delighted, and if his dramatic portrayal (in the Met’s minimalist concert staging) proved rather bland, this sterling debut was an intensely wrought, extraordinarily expressive portrayal.

Garanca was, if anything, even more committed as Marguerite: as sumptuously sung as the previous week, she brought a raw, burning intensity to “D’amour l’ardente flamme.” Ildar Abdrazakov’s devil had acquired more delicacy and point while his words were consistently clearer.

Edward Gardner’s command of the Met’s charged-up orchestra and chorus showed the biggest advance over the premiere with Berlioz’s masterful interludes and dances especially blazing with verve and excitement.

Glancing over the Met’s repertoire for next season, it’s hard to see how Spyres might fit in but I’m hopeful that there will be a regular place for this special talent there. Following up on the pipedream in last week’s review, I think Lise Davidsen might have found her ideal Huon for a concert version of Weber’s Oberson. In any case, New York will at least hear him again next season at Carnegie Hall as Bajazet in Handel’s Tamerlano.