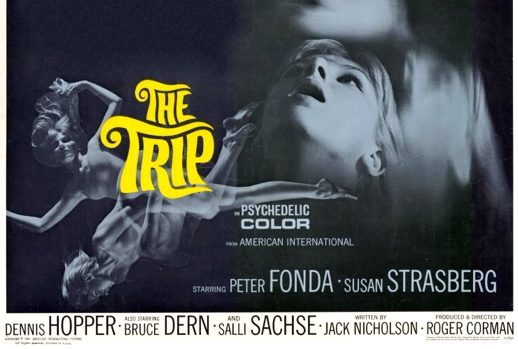 But instead the pair of concerts presented there by Sir John Eliot Gardiner and his Orchestre Révolutionaire et Romantique took us on an endlessly fascinating trip to the wild world of one of the 19th century’s most enthralling composers.

They have since gone on to do many orchestral works but have won most acclaim for their explorations (or rather re-explorations) of choral and operatic works including Bizet’s Carmen and Debussy’s Pelléas et Mélisande, pieces one has rarely heard in the present day played on instruments with which their composers would have been familiar.

With the ORR and earlier with the modern-instrument Orchestre de l’Opéra Lyon, Gardiner has long been associated with the works of Hector Berlioz. By now he has recorded nearly all of the French master’s works including the modern premiere of the Messe Solennelle which was rediscovered in the early 1990s.

Fifteen years ago this month saw the most celebrated Gardiner-ORR-Berlioz collaboration: Les Troyens at the Théâtre du Châtelet in Paris. I am grateful that an irresistible week-long festival of baroque opera happening simultaneously at the Cité de la Musique initially drew me to Paris so I was able to also attend that memorable Troyens.

The term “revelation” gets thrown around a lot but the music-making of Gardiner, the ORR and the conductor’s Monteverdi Choir transformed an opera which I thought I knew very well into something I felt I was hearing for the very first time. It could only be compared to seeing a long-familiar painting after it had been meticulously restored.

During that nationally televised Sunday matinee at the Châtelet and during these two Carnegie concerts, those “old” instruments paradoxically made Berlioz “new”; rarely has his music, some written more than 150 years ago, sounded so “modern”—formally and harmonically unorthodox and daring. Those who have encountered Gardiner’s Berlioz since the creation of the ORR only on CD or DVD cannot imagine its startlingly visceral impact in the warm acoustic of Carnegie Hall.

The first concert on Sunday afternoon began with a rip-roaring Le Corsaire overture that exploded into the hall almost before the applause greeting the conductor had ended. This broadcast from last month’s Proms concert may give some indication of its coruscating bravura.

But I can’t imagine anyone hearing Monday’s Symphonie Fantastique (which included the necessary tangy ophicleide and snake) complaining that it was unequal to the world’s best despite any reservations one might have had about some of Gardiner’s interpretive choices.

Hearing them together one was startled by how early Berlioz found his unique voice: passages depicting the anguish of the dying Egyptian queen written when he was just 26 clearly foreshadow Didon’s dry of despair which he composed in his 50s.

I had been aware of Richardot from her stellar work in 17th and 18th century Italian music. Last year she was a crucial part of Gardiner’s acclaimed worldwide Monteverdi-450 tour which presented the three extant operas. However, unfortunately she did not appear in the US performances as Penelope or Ottavia (instead we got the off-form Marianna Pizzolato).

In her Berlioz we witnessed an intense dramatic involvement and a vivid declamation of the French text but too often she seemed in over her head. The voice was a bit small for the grand emotions she had to convey and it often disappeared at the big climaxes in the Cléopâtre where her tight top also came to grief.

The rueful “Adieu, fière cite” worked much better particularly in the heartbreaking recollection of her ecstatic love duet with Énée. Perhaps, with time, she will grow into this demanding 19th century repertoire.

A particularly noteworthy feature of both concerts was the boldly theatrical presentation that Gardiner that chose. The second half of Sunday’s concert was devoted to Harold en Italie which I had never heard performed live before and which as a former (poor) violist I especially looked forward to. But this was no ordinary soloist + orchestra gig—violist Antoine Tamesit entered from a side door only midway into the first movement and regarded his fellow musicians with a rapt awe that would subtly imbue his soulful interpretation.

He rarely stayed still moving about the stage interacting with the other musicians to the point of occasionally playing with his back to the audience. On more than one occasion he disappeared into the orchestra and then left the stage entirely for a long while during the “Orgie de brigands.” This might have all seemed precious but Tamesit’s quiet intensity imbued his Haroldwith a compelling dramatic narrative that it might have otherwise lacked.

Berlioz’s preference both for mezzos and the viola came together in the evening’s encore: Richardot returned with Tamesit for Marguerite’s plaintive “Le roi du Thulé” from La Damnation de Faust; gorgeously done, it was Richardot’s finest moment.

Earlier Gardiner’s boldness announced itself immediately when the orchestra (except of course for the cellists) played both the fiery Corsaire as well as the final movement of Harold while standing. In addition, the wordless choral interjections in the Troyens “Royal Hunt and Storm” were strongly voiced by the orchestra’s multi-tasking first violinists!

However, before the second movement of Fantastique four burly stagehands lugged out four harps and set them up facing the orchestra in front of the conductor’s stand followed by the four harpists. After they were finished, the harpists carried off their own piano stools while the stagehands returned to remove their instruments: this unneeded commotion was unhelpfully distracting and time-consuming.

It was striking to hear Fantastique on the first half of the program—usually it’s the sensational “bring down the house and send them home happy” work after intermission. After Gardiner’s electric performance with its brawny brass and snarling winds it was easy to imagine that Lélio would be hopelessly anticlimactic. In many ways it was but not for lack of heroic efforts.

The later work deals with the aftermath of the “breakdown” that occurred to the “protagonist” at the conclusion of Fantastique. He is given words—and a great number of them—voiced by the narrator who contemplates suicide but eventually comes to the realization he must persevere and continue his art through music and an appreciation of poetry (often Shakespeare).

Unfortunately, Simon Callow’s occasionally inaudible stammering made those ruminations more trying than illuminating. His speeches were happily often interrupted by striking musical episodes including a haunting “Choeur d’ombres” which evokes Hamlet and an extended fantasia on The Tempest.

The enormous and enthusiastic National Youth Choir of Scotland excelled in these as well as the riotous “Chanson de brigands” in which they were joined by hearty bass-baritone Ashley Riches. The other vocal soloist was tenor Michael Spyres in a rare New York appearance singing his two numbers like a god! It was hard to imagine anyone else today performing “Le pêcheur” or the “Chanson de bonheur” with a more golden tone or effortless elegance.

Monday’s rendition of the latter was superior to that on this fine three-year-old video.

Dolled up like a quintessential Byronic hero, he idiomatically negotiated his music’s demanding high lines with ease and was in decidedly stronger form than as Edgardo in Lucia di Lammermoor with Opera Philadelphia a few weeks ago.

For all the extreme lighting effects and attempts at staging (Callow lolled in an armchair with a table set out with a drink, etc.) Lélio revealed itself a fascinating but unwieldy attempt to create a new form combining music with the spoken word. But it reminded us as these concerts did again and again of the ever-surprising, absolutely sui generis talent of Berlioz.

Though only mid-October it’s hard to imagine the rest of this new season will offer another pair of such stimulating, satisfying concerts.