A near-full house attended the Jessye Norman Memorial Celebration at the Met on Sunday afternoon, the auditorium packed with family, friends, colleagues, and fans of the late soprano, who passed away on September 30 of this year. 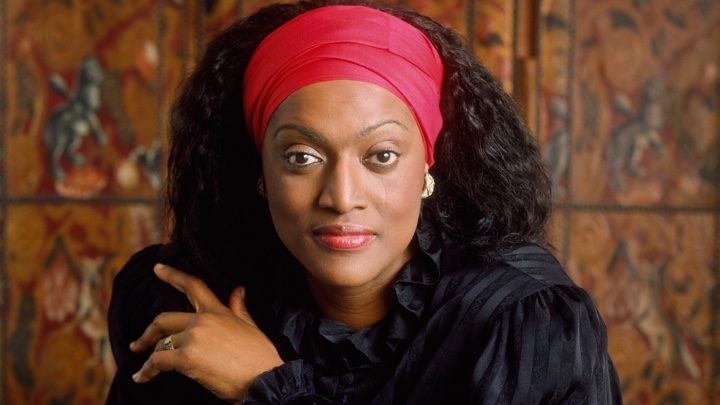 The mood was, indeed, celebratory, the lobby abuzz with enthusiastic anecdotes of a voice that has entranced New York audiences since her Met debut in 1983.

The memorial celebration included performances from some of the most eminent singers of our age, who paid fitting tribute to Norman by bringing to life the music she loved.

Perhaps the glitziest name on the program was Renée Fleming, whose performance of “Beim Schlafengehen” from Strauss’ Vier Letzte Lieder evoked memories of Norman’s own (then controversially slow) recording of the cycle from 1982. Fleming was accompanied at the piano by her long-time collaborator Gerald Martin Moore, and also by Met concertmaster David Chan, who beautifully rendered the song’s orchestral interlude.

Eric Owens also made an appearance: he sang Wotan’s Farewell (fresh off the back of singing the role at the Lyric Opera of Chicago) to the splendid accompaniment of Mark Markham, who was Norman’s recital partner in the latter half of her career.

Markham also accompanied Lise Davidsen, the up-and-coming dramatic soprano who makes her Met debut in Pikovaya Dama this Friday. Davidsen’s touching rendition of Strauss’ “Morgen” was laced with a number of Normanesque touches – a testament to Norman’s profound influence on the interpretation of Strauss’ work.

This was paired with a performance from another rising star, mezzo-soprano J’Nai Bridges, who recently made her Met debut as Nefertiti in Phillip Glass’ Akhnaten. Bridges sang a rousing cover of Duke Ellington’s “Heaven”, one of the composer’s many sacred songs from the 1960s, and one that Norman herself came to champion.

The concert was bookended by stirring performances of two spirituals, “Great Day” and “He’s Got the Whole World in His Hands”, both of which Norman recorded as part of her ongoing quest to bring this repertoire into the public consciousness.

These spirituals were sung with radiance and vigor by members of the Met Chorus, bolstered with the ensemble from the Met’s Porgy and Bess. They were accompanied by cross-over pianist (and Norman collaborator) Damien Sneed, with soloists Leah Hawkins and Latonia Moore, both of whom also featured in this year’s Porgy and Bess.

Rounding out the program were two outstanding dance performances, a delightful counterpoint to the many vocal tributes and a testament to the profound influence of Norman’s career reaching across disciplinary boundaries.

Alicia Graf Mack, Juilliard’s first black director of dance, delivered a moving pas seul to Norman’s recording of “Balm in Gilead”. This dance was choreographed by the late Arthur Mitchell, another African-American trailblazer in the dance industry.

Dancers from the Alvin Ailey American Dance Theater performed excerpts from Ailey’s own Revelations, a seminal work of modern dance which made waves in 1960 for its bold depiction of the African-American experience.

Interspersed between these performances were a number of spoken tributes, delivered by family, friends, and colleagues, which painted a vivid portrait of Norman through glowing first-hand accounts of her long and varied career.

Peter Gelb began his eulogy by declaring “if Yankee Stadium is the house that Babe Ruth built, then welcome to this house that Jessye Norman built,” gesturing toward her successful career at the Met, and her unique ability to connect with its audiences.

Gelb recalled an incident at the 1987 Salzburg Festival, in which Herbert von Karajan, envious of Norman’s stealing his long-held spotlight (her picture was reportedly plastered across every surface of Salzburg “from lingerie shops to sausage stands”), refused to let the singer rehearse with the orchestra; however, upon hearing her masterful interpretation of the Liebestod, the aging Karajan fell into line, allowing Norman to execute one of the most famous pianissimos of her career.

Two of Norman’s siblings, Elaine Norman Sturkey and James Howard Norman, offered intimate insights into the private life of their illustrious sister, who remained utterly devoted to her family and her faith throughout her life.

They shared stories of Norman’s childhood, of travelling with Norman as she toured (Norman would apparently pack upwards of 10 large suitcases, and would keep her sister awake on long international flights), and of lively Thanksgiving dinners on Norman’s estate.

Norman counted among her friends the feminist activist and intellectual Gloria Steinem, who shared warm remembrances of Norman’s loyalty, independence, and hospitality.

Another longtime friend and colleague, Carnegie Hall’s Clive Gillinson, praised Norman’s dedication to her art, noting that her intelligence, her focus, and, above all, her musicality made an enduring impression on many other great artists of her day. Although Norman could place considerable demands on those she worked with, he mused, “she was never more demanding on anyone than she was on herself”.

Darren Walker, president of the Ford Foundation (which generously sponsored the event), spoke to Norman’s dedication to social justice, her tireless work as a philanthropist (including the establishment of the Jessye Norman School of the Arts in Georgia, Norman’s home state), and her years of service on the boards of countless arts organizations.

Walker remembered Norman as a towering pillar of the artistic community and a fervent advocate for those voices previously excluded from America’s artistic landscape.

Jack Lang, a former French Minister of Culture under François Mitterand, recalled selecting Norman to sing the Marseillaise on the Champs-Élysées for the bicentenary of the French Revolution in 1989 (despite significant opposition from those who thought a French singer more appropriate).

For Lang, Norman epitomized the French-Revolutionary values of liberté and égalité: although she appeared dressed in a (40-meter-long!) Tricolore dress and sang the French national anthem, her performance was a testament to the universality of these values.

The town of Menton had stopped traffic in order to preserve Norman’s voice for the outdoor concert, but failed to stop a noisy train, which was scheduled to pass during her performance (the town did, however, offer to make the train go faster, so that the interruption would be shorter).

Norman timed her performance so that the locomotive’s arrival coincided with one of her soaring high notes, “singing through” the train’s noise the way she “sang through” many of the twists and turns of her career.

Deavere Smith hailed Norman as an avid scholar of the musical past: Norman, she proclaimed, remained deeply in tune with Black musical histories, and was acutely aware of the long and painful history of African American’s “singing through” immense hardship.

The memorial celebration was punctuated by videos of Norman’s most iconic performances, including the legendary performance at the French bicentenary, Norman’s performances as Sieglinde and Ariadne at the Met, and her renditions of “Amazing Grace” at the 1995 Kennedy Center Honors and of “Joy to My Soul” at a 1990 concert of spirituals at Carnegie Hall.

One of the most poignant videos showed Norman riding in a taxi through Paris, being interviewed on her way to record Carmen with Seiji Ozawa and the Orchestre National de France in 1988. Norman excitedly tells the reporter how stimulating it is to sing a role that was, at the time, markedly different from her usual repertoire.

This remark, so emblematic of Norman’s kaleidoscopic career, speaks to an artist dedicated to a diverse range of music, and blessed with the discipline and the artistry to bring this music to life.

Master of her Domain