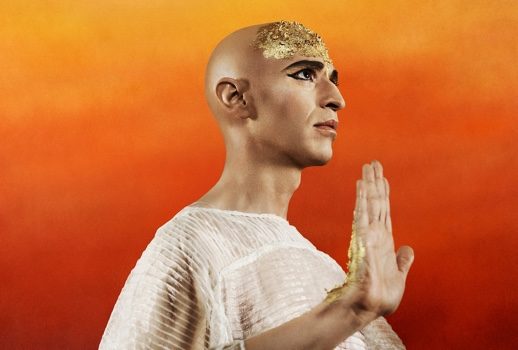 Fire up your calendars, cher public! The quintet of parterre box scribes who will be reviewing New York area performance are ready to share with you their choices for Must See Opera in the fall of 2019! 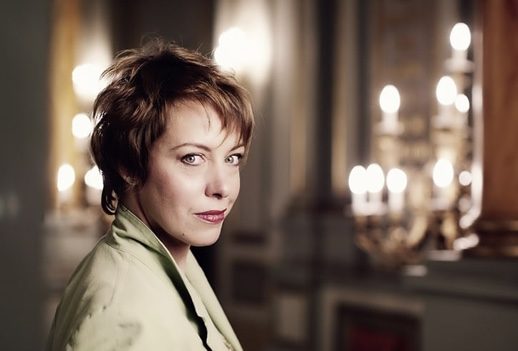 Callum John Blackmore steps up first (in alphabetical order) with his nominations:

Move over, Dido and Aeneas! Opera Lafayette is bringing us John Blow’s Venus and Adonis (alas, for one night only), the earliest known English-language opera and a rarely performed gem of the English baroque.

Also on the list of not-to-be-missed one-night-only operas is the premiere of Hannah Lash’s Desire at the Miller Theater, featuring the JACK Quartet, hot off their recording of Lash’s cool, mesmerizing, neo-Baroque string quartets earlier this year.

Fans of psychological horror will surely not be disappointed by the New York Philharmonic’s double bill of Bartok’s Bluebeard’s Castle and Schoenberg’s Erwartung, with Nina Stemme (pictured) and Katarina Karnéus taking on two of opera’s spookiest diva roles.

If Berg is more your cup of tea, there is the Met’s Wozzeck, in a new production by William Kentridge, and starring Elza van den Heever (who was radiant in last season’s Clemenza) as Marie.

I am excited to revel in the Belle Époque splendor of Massenet’s Manon at the Met; with Lisette Oropesa and Michael Fabiano singing the doomed party girl and her chevalier, we are surely in for an exhilarating performance.

Love him or hate him, Philip Glass has transformed the aesthetics of opera in the modern age, and the new production of Akhnaten at the Met (starring Anthony Roth Costanzo, as the eponymous pharaoh) is the perfect way to get to know his music – a stronger score than Satyagraha and a much shorter night at the opera than the five-hour Einstein on the Beach. 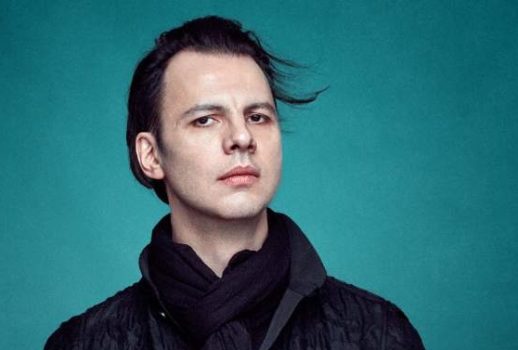 I’m very much looking forward to seeing Pikovaya Dama again at the Met which will feature several important debuts, and I expect epic Gluck there when Jamie Barton sings her first-ever Orfeo in the return of Mark Morris’s eccentric production.

In their North American debut, Salzburg darling Teodor Currentzis (pictured) brings his acclaimed musicAeterna to The Shed for a video installation/concert performance of the Verdi Requiem.

Several elusive singers make rare NYC appearances: Genia Kühmeier, absent since her Met debut in 2007, is scheduled for the Mahler 4th at Carnegie Hall; while the Boston Early Music Festival brings Philippe Jaroussky to the Morgan Library for a program of 17th century settings of the Orpheus legend; and Nina Stemme, who doesn’t appear here often, enough essays Judith in the New York Philharmonic’s staging of Bluebeard’s Castle.

Baroque fanciers should hop the bus or train to Philly for James Darrah’s staging of Handel’s Semele with an impressive cast including Amanda Forsythe, Daniela Mack, Alek Shrader, Tim Mead and Alex Rosen, and then in November they must board the subway to East Harlem for Opera Lafayette’s presentation of Blow’s Venus and Adonis. 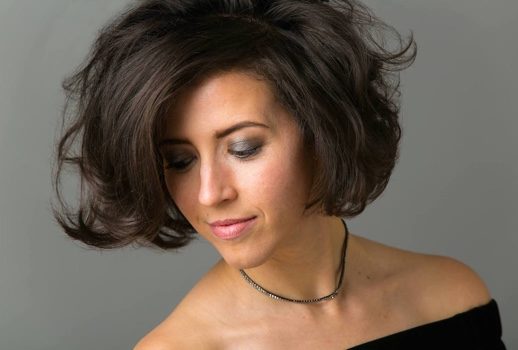 One of our newest and nicest writers, Gabrielle Ferrari, urges you to consider the following:

Italy takes on France at the Met Opera this season in the  ultimate Manon vs Manon throwdown. Massenet’s hit aria factory Manon goes toe to toe with Puccini’s alternately brilliant and silly third opera, Manon Lescaut. This is the heavyweight match I’ve been waiting all year for, and I’m hoping for some knockout singing from Lisette Oropesa (pictured) and Sonya Yoncheva as each interprets the doomed title character.

I’m ready to be scared silly with On Site Opera’s Turn of the Screw, starring Benjamin Britten’s hauntingly inscrutable Governess. Are her charges really possessed, or is it all in her head? Any way you slice it, this is a spooky good time perfect for Halloween weekend.

Staging art song is a tricky business, but Lincoln Center’s White Light Festival is up for the challenge in Zauberland, a remake of Schumann’s Dichterliebe featuring the classic cycle interwoven with 10 new songs by composer Bernard Foccroulle and writer Martin Crimp. Weird? Yes. Brilliant? We’ll find out! 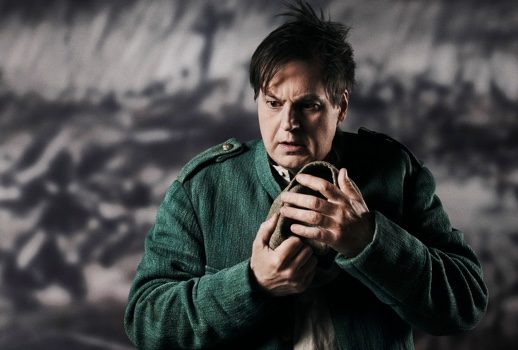 From the mysterious “Downtown” area of Manhattan echo the choices of Sylvia Korman:

Peter Mattei (pictured) goes avant-garde in William Kentridge’s new production of Wozzeck. Anyone who has seen my twitter knows that I am New York City’s preeminent Lesbian Peter Mattei Superfan and that I have been awaiting this one with an eagerness bordering on the rabid for years.

Barbara Hannigan takes New York for two recitals with pianist Stephen Gosling and the Emerson String Quartet. Hannigan is in my opinion one of the opera’s world’s most exciting champions of new and unexpected work, and I am sure she will not disappoint.

All my non-opera-fan friends are suddenly texting me wanting to see “that weird Egyptian opera,” and they don’t mean Aida. You heard it here first: Akhnaten (featuring Anthony Roth Costanzo, pictured) is the pick of the recent-college-grad-theater-nerd set.

Julliard is doing Così fan tutte this November, and after their thoughtful, charismatic, and thoroughly enjoyable Don Giovanni last spring I am eager to see more Mozart at the Peter Jay Sharp Theater. 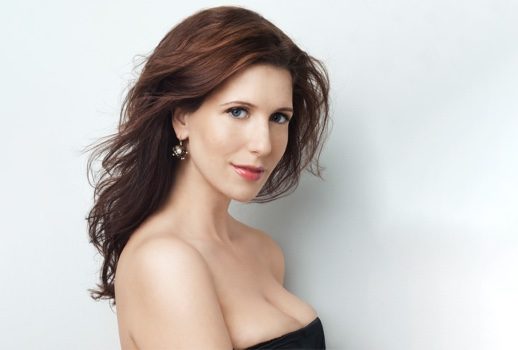 Finally, let us hear from that maven among mavens, John Yohalem.

Amore Opera often presents an unusual bel canto opera in its mix of familiar and unfamiliar fare. Sadly they have postponed their presentation of Meyerbeer’s comic masterpiece, L’Etoile du Nord this autumn – which would have made a happy sequel to their triumph with Meyerbeer’s Dinorah last spring, I had very high hopes for this. (Couldn’t they do his Margarita d’Anjou or something instead?)

Some years back, Amore gave the American premiere of Saverio Mercadante’s comic opera, I due Figaro, which had lain untouched in the Madrid archives since 1835. Based on a sequel to Beaumarchais’ Mariage de Figaro (but authored by another playwright in the happy days before copyright), this libretto by Felice Romani had been previously set (in 1820) by Carafa and would be set again (in 1839) by Speranza.

While Carafa’s and Speranza’s settings were both great hits in Italy (and why haven’t we heard them here, we wonders?), Mercadante wrote his during his several successful years in Madrid. He used Spanish melodies in Spanish rhythms, and the show had a local success – but he did not bring it along when he returned to Italy.

A few years ago, Riccardo Muti was introduced to Due Figaro – and to Mercadante – when he produced a series of operas by “forgotten Neapolitan composers.” Rather than risk the large-scale Mercadante shows, he selected this merry little farce, which triumphed at the Wildbad Rossini Festival. Opera Amore then presented it here. I went to both of the Amore casts—I couldn’t believe it was as good as it seemed to be! It is!

So I am delighted Manhattan School of Music will be giving Due Figaro four times on December 12, 13, 14 and 15. The roles call for the skills of Mozart or Donizetti and are therefore ideal for an advanced music school. The plot is just what you’d expect (mistaken identity, love dissensions, a Spanish garden by night, a bedroom with two closets large enough to conceal a singer) and the melodies are delectable.

Mercadante was one of Italy’s five great bel canto composers born in a single decade (1792-1801), and was Donizetti’s most prominent rival and, upon his dropping out, the young Verdi’s. This is a piece worthy to vary the repertory pace of all those Rossini and Donizetti comedies.

But while we wait for Figaro to appear, there are several wonders to be anticipated from Boston’s broad-foraging Odyssey Opera and its excellent director, Gil Rose. They are especially to be commended for their themed repertory. Last year was Gounod, the previous one operas about Joan of Arc. This year the theme is the Tudor Dynasty, beloved in story and song and film.

There will be a concert performance on September 21 of Saint-Saëns’ Henry VIII (based on Calderon’s play not Shakespeare’s—good choice, Shakespeare’s is a stinker). Ellie Dehn (pictured) will sing the great role of Catherine of Aragon opposite Michael Chioldi’s Henry.

On November 1 and 3, the company will present a full staging of Pacini’s Maria, Regina d’Inghilterra at the Huntington Avenue Theater, an event that excites me greatly—I believe this is the 1843 work’s American premiere. Pacini was another of the five great bel canto composers born in the same decade.

He was a supreme tunesmith, particularly famous for his cabalettas and concerted finales (Maria has a spectacular Act I finale)—Rossini said, “He’s the best of the lot of us, if he weren’t so lazy.”

He didn’t pay much attention to the dramatic side of his plots—someone gave him verses, and he set them, where Donizetti and Verdi were avid theater-goers and play-readers, and chose with more care. Maria will be sung by Amy Shoremount-Obra.

The Odyssey season will include four more works in the spring, including a world premiere about Lady Jane Grey (no, it’s not the first opera about her, actually), plus operas by Britten and Rossini and by Arthur Sullivan’s pal, Edward German, about Elizabeth I and three of her suitors. To each of whom she gave the same reply, but in a different key.

If I could make it to Albuquerque on October 20, 25 or 27—but this is most unlikely—I would certainly attend the first resurrection in over a hundred years of Giovanni Bottesini’s once roaringly-popular Ali Baba, a work of 1871 that has been reconstructed and restored by Opera Southwest’s maestro, Anthony Barrese, the man who unearthed and revived Franco Faccio’s splendid Amleto a couple of years ago.

Photos of Costanzo and Mattei by Paola Kudacki / Met Opera.