These are my findings and opinions (and I welcome rebuttals)! 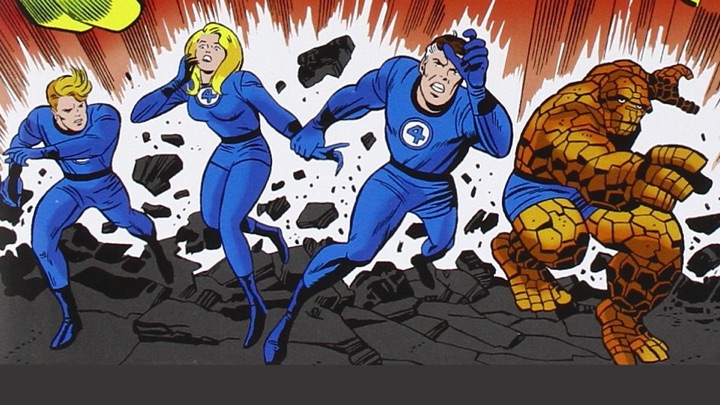 A promised in the previous installment,I would like to offer specific reasons why Edita Gruberova remains, in comparison to the other sopranos with whom she shares roles and repertoire, my top preference!

Maria Callas: I love her! 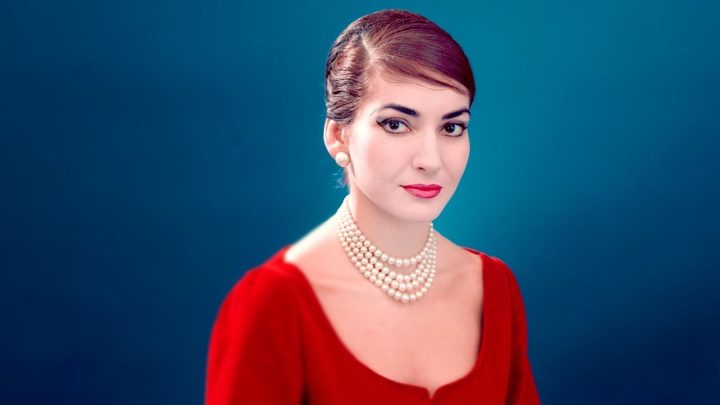 I’ve written frequently where Callas’s Il pirata mad scene from the LP was the transformative, “selling” point for me. From then on, I became enraptured by that magical, haunting, plaintive timbre in the middle voice, the ductile tone, the supreme legato and shaped, tapered phrases – in a league of its own. In music where these qualities are the defining features, I seek out most of all.

Against that, I find her upper register consistently problematic. I thought so the first time I heard her, after her death, on PBS in the late 1970s, where a neighbor who hailed from Europe had me watch with her.  My neighbor was in Europe during Callas’s heyday, and she told me of the legendary stature, in which Callas was regarded and held. I remarked to my neighbor that

Callas’s upper register sounded odd. She responded, “It sounds like she has something stuck in her throat.” That’s often how Callas’s upper voice sounds to me.

There have been rumblings over the years to the belief that Callas was really a mezzo.  This sounds entirely plausible. Or, at least, with her laryngeal placement, that she carried the middle register up to the top without it “turning” over properly. Callas sang a lot of very heavy repertoire early on, pushing her voice for power and volume.  Even early on, the voice took on a tightness in that area above the staff up to the high C. But she could until her mid-30s sail out E flats with ease and power.

I think that Callas wanted first and foremost to be a coloratura bel canto singer.  Many have often cited her “three voices.” And the famous remark that she produced her voice out of “sheer willpower,” I think, has some merit. I would hazard that Callas developed a third upper register – almost of a female falsetto, a nevertheless very powerful one in alt (that E flat in Aida from Mexico City is just torrential). In other places, such as in practically every “Ah, non giunge” she sang, the tonal quality changes abruptly in nearly every bar; she can’t adjust her voice quickly enough in the rapid intervals to produce consistent results.

But when singing chromatic runs up and down, the voice had an evenly fleet, most comely, purely sensual beauty; yet in wide intervals from the middle to the upper range, results were unwieldy and unruly (if only she had undertaken all the Colbran and soprano, later mezzo, roles of Rossini!).  In declamatory passages in the upper middle of the range, many claimed Callas deliberately went for the unattractive tone in service of the drama; I believe that that characteristic “break” in her voice responded to the pressure she was exerting from improper tonal production.

It wasn’t as so many claimed, that she took a “verismo” approach; it’s simply that her voice grew tight and unfocused under pressure beginning in that crucial passaggio area. The girlish sound she achieved in like roles: some say it was her genius in altering her tonal makeup, others say it is artificial and unnatural – the whitening of some vowels, and changing the tonal color.

The only material to my ears where the tonal delivery sounds just right and organic, without the “three registers” aspect are those that had the tessitura for a mezzo – Dalila’s arias, Cenerentola, Semiramide, Rosina, etc.

I think her rapid vocal decline was from a combination of factors. The extreme weight loss, pushing the voice heavily, and the constant driving of the tone into the upper register. The vocal cords lost their elasticity. The bloom of youth wore off. She eventually declined to sing roles where E flats were taken because she could no longer sing them. If she had changed her rep, her career could have gone on; the middle voice remained intact.

In regards to the claims that Callas restored style and taste in bel canto singing. In my book, only half true.  Undoubtedly, she had the schooling and the musicianship for the required legato, the flexibility in sustaining an expressive, contoured line. Fleet, smooth roulades.

But she also advocated for cuts, which had become standard practice.  Except for the closing cabalettas (such as in Anna Bolena and La sonnambula), most repeated material was cut. True purists complain about high notes being inappropriate, but Callas inserted them  in many “traditional” spots (and high notes are just fine with me).

Bonynge, with Sutherland, were the first ones in the 20th century to restore proper practices of doing both verses of cabalettas, and ornamenting the repeats. Callas for sure revived interest in the bel canto genre, but the inconsistency of application toward the style is anachronistic. If she had really believed in proper restoration, she wouldn’t have gone along with the-then tradition of cutting repeats.

Joan Sutherland: I love her! 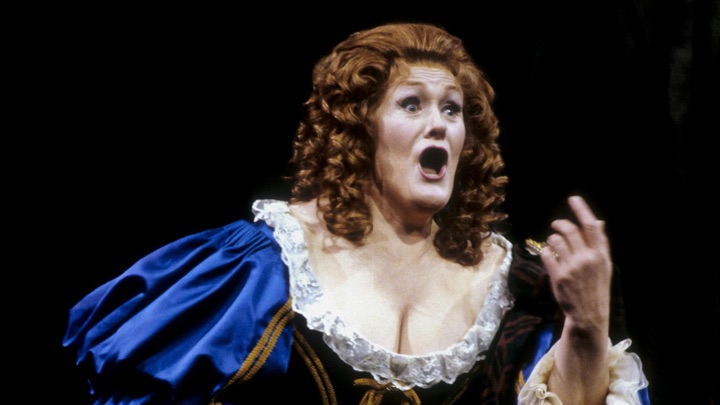 I routinely go back, on a regular basis, to those magnificent classic recordings, commercial and live, in her Big Coloratura Moments, and thrill to her amazing flexibility, the huge upper register, the mind-boggling precision, and the unparalleled, colossal size of her high notes. Filling out ensemble numbers. The serene ease of her delivery. Her absolute security.

Consistency. The Art of the Prima Donna, her first recital for Decca/London, and much of her very early work, where her voice still had that pristine quality, remain touchstones. And the bel canto rep owes a huge thanks to Bonynge for bringing back and restoring practices that had been left to founder. He and Sutherland provided veritable blueprints to the proper style.

Against that, I’ve never found Sutherland artistically satisfying. Apart from her celebrated, purely coloratura and high-note moments, I don’t find her especially interesting or compelling.  One big sticking point with me is the mushiness and impurity of Sutherland’s vowels. It always seemed to me, after around 1962, that she was always audibly darkening the tone; it often sounded as if she produced the tone around the non-Italian “uh.”  “Casta diva” for example usually sounds like “Cuhstuh dayvuh.”

Maybe this is why her recitative and slow melodies were never satisfying to me. You can hear that she understands what she’s expressing, but the recitatives in their tonal delivery lack variety, color, dynamism, and specificity. Of a relaxed, lachrymose monotony.

Her cavatinas and in any slow music I find her languid, droopy, and unvaried; the phrasing is very basic, without any tapering, or flexible drawing-out of an expressive line. The dynamic gradations are often on a very narrow graph.

I often felt that Sutherland should have left behind the girlish roles quite early on and gone into those that required a voice of heft: Odabella, Giselda, Lina, Aida, Leonora in Forza, even Turandot, of which she succeeded quite magnificently in her recording. Wagner, too. Fidelio. Elena in Vespri.

Here I am confident someone will remark that Sutherland was a slow learner, with a poor capacity for memorizing, so here it is. In this way her career could have evolved; instead, as in later, she started transposing music down to enable her to insert a high note. I felt she should have moved on from her Bonynge comfort zone and expanded her rep – and in doing so, turning that big, secure voice loose.

Montserrat Caballé: I love her! 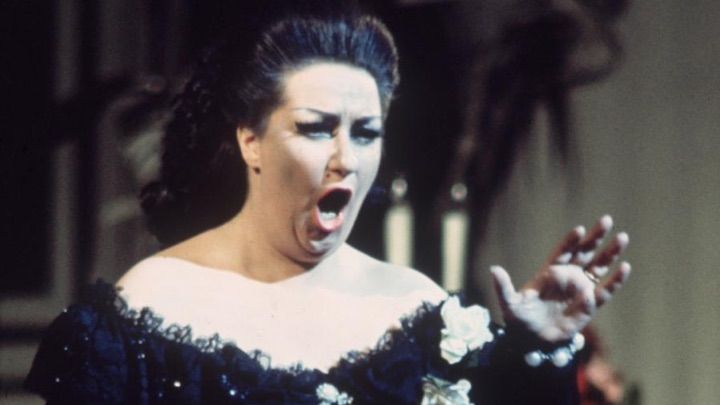 Just the voice alone, along with Leontyne Price, “Montsy” is one of my all-time favorites. Just the tonal color, the golden purity, that sheen – enough to bring tears on that in and of itself.  Unlike Sutherland, she could draw out a line to almost outrageous lengths with the most unbelievable, flexible, gorgeous contouring, with a wide dynamic range few ever possessed.

Against that:  In contrast to Sutherland’s “brilliant” singing, I find most of her passagework unfinished, un-polished, and just plain clumsy, lacking in precision. She often skimmed and skittered through the most demanding figurations, often simplifying and rearranging them.  The voice aged quickly, too – the top grew short, with hard, driven tone.

Beverly Sills: I love her! 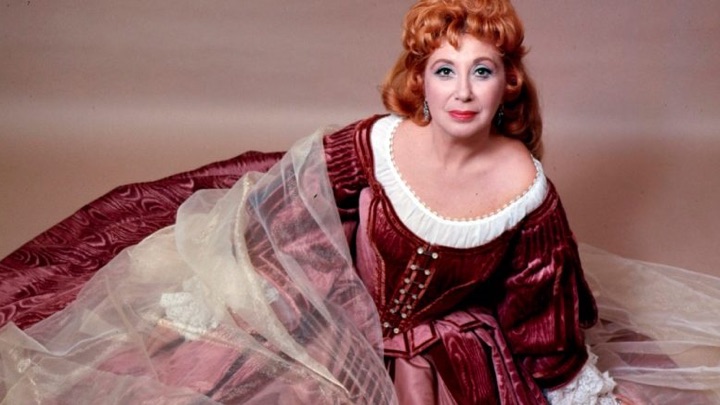 The time frame in which I truly love that diaphanous, opalescent, flutey tonal quality, along with its extraordinary agility is relatively narrow. Sills began training her voice as a child, and her vocal production was geared to have that laryngeal, girlish tone of her idols Pons and Galli-Curci.

When she began essaying bel canto roles, she began to “pressurize” that delicate tonal production; she lacked a central, strong core, devoid of resonance, and when she pushed for power and volume, the voice didn’t bloom, it clattered, and she had to practically shout to make a dramatic effect. Live recordings especially reveal these factors.

Her studio recordings from Norma on, to L’assedio di Corinto, Rigoletto, Il barbiere di siviglia, Don Pasquale, Thais, and Louise – are all out of the running as veritable documents; the decline, well before she was 50, is quite pronounced; the voice is worn, frayed, and missing that once-gorgeous sheen.

At the beginning of my collecting opera recordings, I bought all of these, based on my exposure to Sills on TV, where my love for her began. I couldn’t believe the poor state of her voice, and they all got quickly sold to second-hand shops. Yet her Cleopatra remains my top choice in the role, with Semele, Baby Doe and Manon representing her best work.

More sopranos I love, and few I don’t, next time.