I feel that any singer attempting crossover would do well to listen to Perry Como to hear how it should be done. 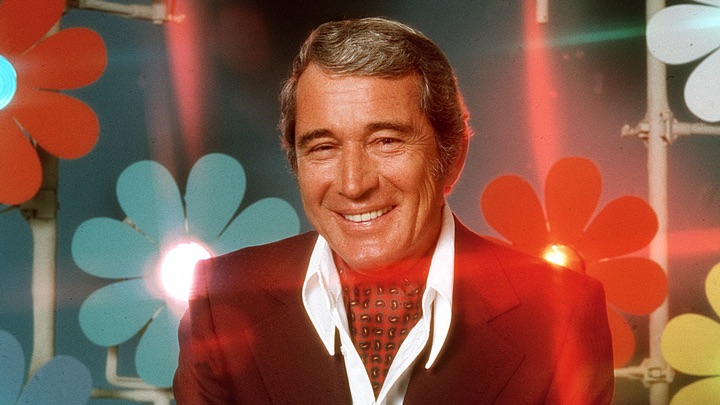 Perry Como started out—like many in his day—being strongly influenced by Bing Crosby.  Como found his own style and did pop standards, traditional ballads, swing and jazz, Broadway and show tunes, a few early rock n’ roll songs, some borderline Country, in addition to the ones I introduced here, of a strong classical bent. His novelty tunes are regarded as trash by some; but he did them better than practically anyone else.

The point?  Dean Martin wasn’t the only King of Cool; Como did crossovers better than just about anyone in his, and our day.  I feel that any singer attempting crossover would do well to listen to Como to hear how it should be done.

The great irony in a majority of many crossover efforts is that they reveal their limitations instead of their possibilities: in trying for a different genre, they’ve proved just how limited they are, and have no idea of how to adapt and switch their tonal makeup for a different evening out. Como has proven he’s the ultimate badass, dark-horse of singers.

His vocal technique, to my way of thinking, is one of the most free of flaws I’ve ever heard in any singer.  It doesn’t matter whether he sings for a microphone or not; the breath support, to the placement and usage of the tone, to the flawless diction and pronunciation, would be hallmark ideals for any singer to aspire to.  In the last several years, there’s been an extreme shortage of Broadway and movie singers with optimal vocal production.

And yet, despite this, Como is scarcely given credit, and is in fact, lazily disparaged by self-appointed pundits for making it seem so easy, as if lack of struggling or undue effort were a demerit.

Another digression: take the renowned jazz and pop critic Will Friedwald.  He torches and gleefully savages Como mercilessly in a few of his books. Frank Sinatra and Nat King Cole are his male pop-gods (and to be sure, two of my top favorites), and he desperately appears to need what I call “antagonist artists” to compare and justify his slobbering hagiography of those he worships. Friedwald ignores Como’s best work, and instead focuses mainly on the novelty tunes (which Como himself did not care for.)

In fact, Friedwald is so bent on demoting Como he’s actually put forth a shameful falsehood.  In his most recent book, on Nat King Cole, on page 286 we get to Cole’s recording of “The Ruby and the Pearl”.”

Cole somehow transforms the whole enterprise, inauthentic though it may be, into something remarkably credible, which is why his version, though it reached only #25, scored considerably higher than Perry Como’s RCA single. Como just isn’t believable with this sort of text.

I was startled when I read this, because, after having spent more than a year delving and listening into Como’s art, this was the first time I’d been made aware of his recording “The Ruby and the Pearl,”especially as a U.S. charting single; in the main discographies based on the Billboard charts, there is no mention of the song; you only see it even listed, almost obscurely, in historical incidentals – it’s a challenge to even find it mentioned.

Doing some sleuthing, I discovered that Como’s recording was released as a single only in Japan and Great Britain. Its only appearance anywhere on vinyl in the U.S. was part of a multi-EP set of various artists in 1955 called The RCA Victor Platter Party. It was not even released on CD until it appeared on the 2014 double CD set of Como’s called Standards and Rarities Vol. 2.

So why does Friedwald claim that Cole’s “scored considerably higher” than Como’s when the latter’s version wasn’t even in the running? And the official chart placing of Cole’s single is #23, not #25.  This information was too easy to get right.  It’s an egregious error of fact.

So what is this—a careless inaccuracy or a dire need to misinform so as to shove Como under the bus in order to somehow elevate Cole in the non-competition? And that declarative crack that Como “just isn’t believable with this sort of text”? I went immediately to YouTube to investigate, almost expecting Como’s rendition to be subpar.

Surprise! It’s beautifully, consummately sung, alluring, seductive, and nuanced. Cole’s version is as always marked by that singular tonal quality, but it is more on the whimsical side, and it doesn’t have the tightly-bound line and the soaring ease of Como (and he makes you aware of Cole’s migrating vowels). But I would easily accept a preference for Cole’s, but Friedwald is dead wrong about Como’s: