Has there ever been a more perfect opera to watch after a breakup than Ariadne auf Naxos? 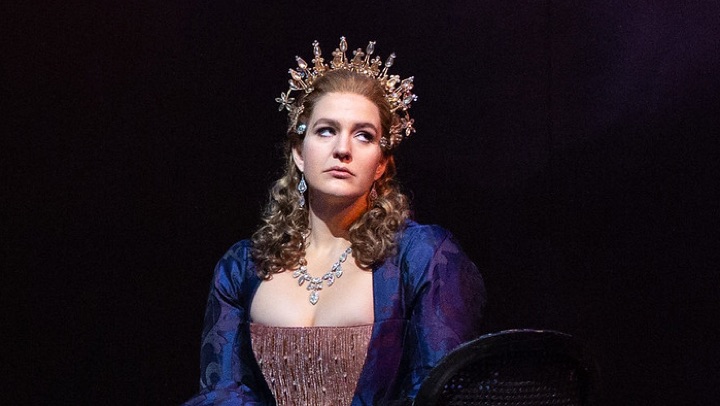 The opera’s two primary characters, Ariadne and Zerbinetta, are presented at first as icons of opposing philosophies. Zerbinetta’s is libertine, breezy—one man gives way to another, their infinite variety making each appealing and, ultimately, disposable. Ariadne’s is operatic, heroic, and romantic—having lost Theseus, she’ll never love again. Until she does.

Zerbinetta wants a dash of operaticism in her life—her brief moment of connection with the Composer (who is the Ariadne figure of the prologue) makes this clear. Ariadne needs to welcome something new, to open up to the idea that there may be someone else for her.

Each woman learns a bit from the other, often against her own will. Each represent two ways of aestheticizing heartbreak, of processing loss and moving through it. Do we laugh or cry? Even their names span the alphabet, as far as possible from each other as A from Z, and yet, when we start the sequence over again, the two stand right beside one another.

In our personal tragedies, we glory in the isolation, all becoming Ariadnes on our own islands, unable to see a future until it appears in front of our face. Zerbinetta presents another avenue; in comedy, we tap into the way our suffering is not unique, that this drama makes us all a bit ridiculous. We’ll fall in love again; the world presents us marvelous variety at every turn. There’s nothing particularly noble about only loving one person your whole life. What a radical thought for opera, which so often relies on the romantic grandeur of the “one soulmate” plot.

With its opera-within-an-opera structure, this is an obvious choice of a favorite for me; its blend of sincerity, irony, and silliness makes it all the more appealing, as does its fascination with women’s emotional lives (really, do Strauss operas ever care about men? The only ones he seems truly interested in are played by women anyway), even when these women appear first only as stock characters.

Readers, I’ve been in a bit of an Ariadne era myself recently; I feel beaten down and a bit lonely, and I’m being dramatic about it. I sing all day and stay up all night. I long to wrap myself in glittering shawls and sit on a cold beach, staring at the horizon. In one of my more recent long nights of the soul, I found a journal from period in my life about seven years ago; a lover had just broken my heart quite thoroughly, and I was consigned to a desert island for quite a while. In it, I wrote this: “I hope I never love anyone this much again.” 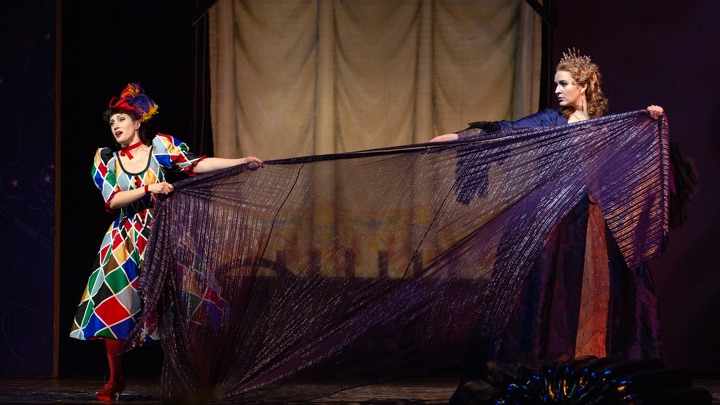 I’m struck by how little changed from heartache to heartache. My feelings at 27 aren’t very different than they were at 19; my Theseus has taken new forms since then. I’ve visited and escaped the same island a few more times. The misery is the same; it’s just a bit funnier now.

Now, I catch myself falling into Zerbinetta’s rhythms; I make a lot of jokes, do little bits to pull me out of this mopey solipsism. Every breakup has given me at least one funny story, and I’m able now to see them for their comic potential even as they happen. I can reclaim these cringey moments of rejection and find them hilarious, even as they scrape at my heart. And yet Zerbinetta’s way of thinking can be taken too far, cutting off any potential for connection or denying ourselves the need to take ourselves seriously sometimes.

It’s powerful to laugh at your own pain, but it won’t do only to laugh. As Ariadne leaves with Bacchus, to death, to love, to immortality, she turns back to us and pleads, “Don’t let my suffering be forgotten,” even as she sails away to forget it herself. Carrie Bradshaw once asked in Sex and the City: when a relationship dies, where does the love go?

Ariadne auf Naxos is concerned with this question, but it’s even more interested in its opposite. When we fall in love again after getting our hearts broken, where does the pain go? If suffering is as fleeting as love, if one can be replaced by another in a moment, how do we properly honor each?

With that final aside, Ariadne, the character, makes her strongest argument for the necessity of the tragic mode, one that isn’t fully erased by Zerbinetta’s final reappearance. Each lover may be the death of the old, but that doesn’t mean we cried for nothing.

Suffering that is as divine as it is pathetic, sincere as it is silly, that’s what Ariadne wants for us.

When it careens between slapstick and high tragedy, Ariadne dramatizes the conflicting emotions of modern, real-life heartbreak better than any other opera I know by approaching these fundamentally youthful attitudes (“I’ll never love again! I won’t live through this humiliation!”) with love as well as sardonic humor. Love morphs and changes, if wavering in its object, unwavering in its existence.

Through it, I’m reminded of the power of opera as a form, the unique way it gives space to huge feelings and acts as a monument to being heartbroken. Ariadne dramatizes not only the cyclical nature of heartbreak and renewal, but also the experience of going to the opera. In Ariadne, I see my own loneliness and heartbreak magnified, made heroic instead of mundane.

Whenever I’m sad, I go to the opera to feel it. Each wine-drenched weeping session over someone who didn’t love me at all, or, worse, didn’t love me enough, is ennobled. What makes Ariadne so special to me is the way that it’s able to hold the need to immortalize suffering in balance with its comedic impulses and wryly hopeful views about love and art, which is created in imperfect conditions by strange people and yet still has something meaningful to say.

Instead of seeking to reconcile the philosophies two leading ladies entirely, Strauss and Hoffmansthal find something infinitely more generous and let us have both. The end of Ariadne auf Naxos, both the opera and the opera within the opera, suggests futurity, leaving room for comedy and tragedy, idealism and irony. We’ve gone from A to Z, and now we’ll start again.