Pretty, petite and forgettable where her predecessor was striking and irresistible, Susan Strasberg doesn’t convince as the headstrong, mercurial aspiring actress who takes Broadway by storm. 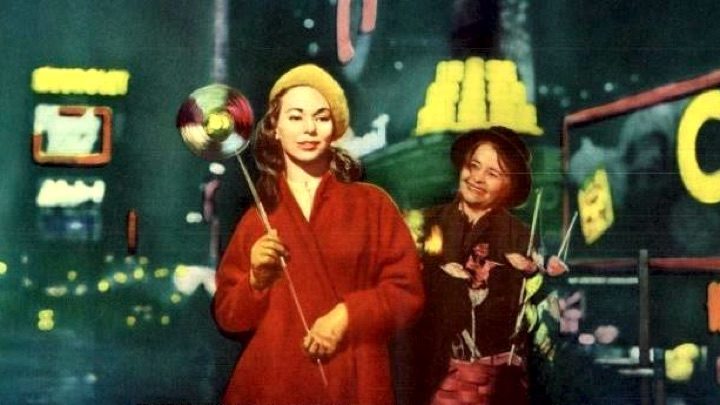 Cameron Kelsall: In 1999, the American Film Institute named Katharine Hepburn the greatest female screen legend of all time. Susan Strasberg didn’t make the list. That’s not exactly surprising, but there was a time, after Strasberg’s stage success in The Diary of Anne Frank, when she was viewed as a star on the rise. It was a short prime—largely due to the failure of Stage Struck, a 1958 adaptation of Morning Glory, the film for which Hepburn won the first of her four Oscars. Let’s just get this out of the way up front: Comparing anyone to Katharine Hepburn is a losing bet. Even if you’re not a raving fan, you have to recognize the once in a generation—hell, once in a century—individuality and style that Hepburn brought to her screen roles. Pretty, petite and forgettable where her predecessor was striking and irresistible, Strasberg doesn’t convince as the headstrong, mercurial aspiring actress who takes Broadway by storm.

David Fox: Indeed, this failed to be the brass ring for Susan Strasberg, though I’m struck by the fact that she still has the most substantial film career of her famous family, especially considering that, sadly, Susan died of cancer in 1999, at age 60. Before saying more about her performance, though, I’d like to look at Stage Struck itself, because I think that the problem isn’t entirely her.

CK: No, it’s not, even though she’s not an advantage either. For one thing, although this update nominally takes place in the Golden Age of Broadway, there’s a certain cheapness in the way New York theater is presented here. In Morning Glory—shot in gorgeous, shadowy black-and-white—the full glamour of backstage life comes through, but so does the rather mysterious aura of Eva Lovelace, the Hepburn/Strasberg character, who is equal parts plucky heroine and basket case. The energy here, seen in dingy-looking Technicolor, is decidedly less glitzy.

DF: Bingo. It’s also less theater-y. Yes, it’s another backstage movie, and we have again the inevitable opening pan of Times Square. But here, the billboards we see are mostly advertisements, and Alex North’s score—so utterly unlike his brilliant one for All About Eve—has a breathless, cheery propulsiveness. We do finally see a few theater marquees (The Apple Cart with Signe Hasso at the Plymouth! Major Barbara at the Morosco with Glynis Johns!), but in our first glimpse of Strasberg, she’s decked out in a cute beret, beaming with excitement, and buying a pinwheel toy from a street vendor. (Surely this sequence is the Urtext for the opening credits of That Girl, which comes to TV eight years later.) This is light years away from the Depression-era melancholy that underscores Morning Glory’s opening and Hepburn’s performance; instead, it looks like a generic 1950s romantic comedy, and while there are elements of that mood in the earlier film, Morning Glory is far more complex and interesting. Stage Struck, on the other hand, will struggle to find something beyond its initial lightness. This despite a lot of blue-chip talent: director Sidney Lumet, fresh off 12 Angry Men; and Henry Fonda, Christopher Plummer, and Herbert Marshall as co-stars.

CK: There is a ton of talent at work, yes, but not always harmoniously. Fonda is all wrong as a hard-nosed Broadway producer, his earnestness getting in the way, and Plummer, who gets an “Introducing” credit, doesn’t really register much as the wunderkind young playwright. The material is a far cry from the films that made Lumet’s name, which is perhaps why the tone seems so inconsistent and forced. Marshall, though, is the film’s highlight, wouldn’t you say?

DF: I mostly agree with this. Fonda, who can be marvelous in the right thing, has never seemed more like a Midwestern insurance salesman. I think I liked Plummer more than you did; he demonstrates significant ease on camera even at this early point, and he’s very handsome! But the role doesn’t make any sense. Marshall is absolutely superb… and I also loved Joan Greenwood. Those two are, for me, the reasons to see Stage Struck.

CK: I think what makes Marshall and Greenwood stand out is that they capture that essential element of pure theatricality that is so elusive elsewhere. Marshall plays the familiar figure of the aged journeyman actor with pure charm and a mid-Atlantic accent that’s totally over the top yet also just right. Greenwood is the perfect prima donna, always on the verge of throwing a fit and slamming her dressing room door.

DF: Those are also two of the great theater voices of all time, and Marshall and Greenwood each have a real sense of specialness. I found it very touching to see Marshall here, near the end of a distinguished career that included playing the lover to Jeanne Eagels in The Letter! His sad eyes and gentleness are really lovely. Greenwood, on the other hand, is as bracing as a glass of Dom Perignon—with her piercing wit and deliciously chic persona, it’s easy to imagine her as the adored star of Broadway drawing room plays galore. These two are great theater personalities. Which brings us, alas, to the big topic here.

CK: It really makes no sense to think that Strasberg becomes an overnight sensation replacing Greenwood—they couldn’t be more different in terms of temperament. It goes without saying, too, that she’s nothing like Hepburn either. Hepburn had the quality to make even a throwaway moment seem shot through with originality; Strasberg’s performance is rarely more than plucky. She does a lot of acting in some scenes, and you feel the weight of the work. I wouldn’t go so far as to call her entirely charmless, but in a role that calls for sparkle, this is a pretty dull diamond in the rough. 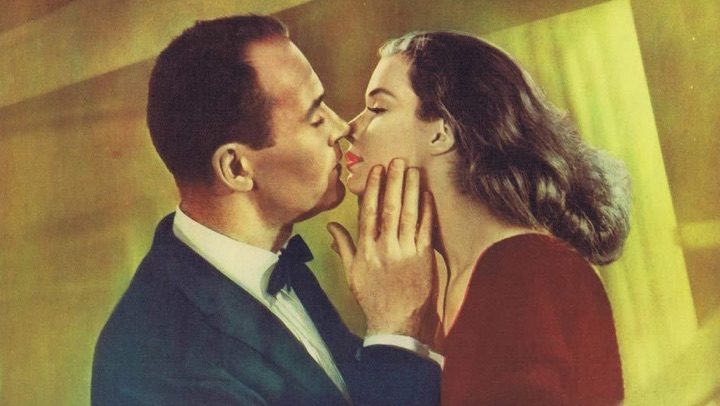 DF: A lot of acting for sure. By the end, Strasberg has cried buckets, which must have pleased her father, who—for women, at least—always conflated that with great acting. Speaking of which… surely we have to talk about the surprise moment that promises so much! Around 10 minutes in the movie, when Marshall and Strasberg are engaged in conversation in the producer’s waiting room, he casually suggests to her that she might benefit from study at—wait for it—The Actors Studio!  Her reply? “It’s what I have of my very own that’s precious, not the tricks or mannerisms I’d pick up at an acting school. I have something very wonderful in me… You’ll see. I can’t go to a place like the Actors Studio, I’ve burned my bridges.” Well, I was transfixed, of course. Tragically, it’s the last we hear on the subject.

CK: This is surely what the kids these days would call an Easter Egg, isn’t it? Sadly, it’s one of the rare moments of genuine wit to be found. We don’t need any Actors Studio verismo to liven up Stage Struck, but I wish it felt less like a glossy TV movie. There is a pervasive darkness to Morning Glory, after all, which is why it remains such a fascinating example of an early talkie, and why Hepburn, who was always operating on multiple planes, is mesmerizing.

DF: To me, the oddest thing about Susan Strasberg as that—tears aside—she bears little resemblance to the kind of actress who famously came out of the Studio. She’s far more like a quintessential classic ingenue, with wide eyes, polite speech, petite good looks, a certain poise… and not much beyond that. She has neither the traditional Studio flaws, nor the emotional openness that can make you look beyond them. I don’t think she’s bad here, but she isn’t a star presence.

CK: Indeed—Stage Struck was not only her debut as a leading lady, but also, to some degree, her farewell. (It’s also fairly hard to find, if you’re curious.)

DF: For those who really want to try, I finally tracked it down on a Spanish DVD in PAL format, though I think there may be other sub rosa sources that could provide it. But be careful, since are two other another movies called Stage Struck (1925, with Gloria Swanson; and 1947, with Kane Richmond and Audrey Long) that are available on DVD.

CK: The remainder of Strasberg’s career was largely spent on television and the occasional stage role, none of it particularly notable. Star quality, though, defines the next two ladies we’re going to consider, in a double feature we’re calling “Murderess’ Row”: Barbara Stanwyck (Double Indemnity) and Susan Hayward (I Want to Live!).