Records will save us. 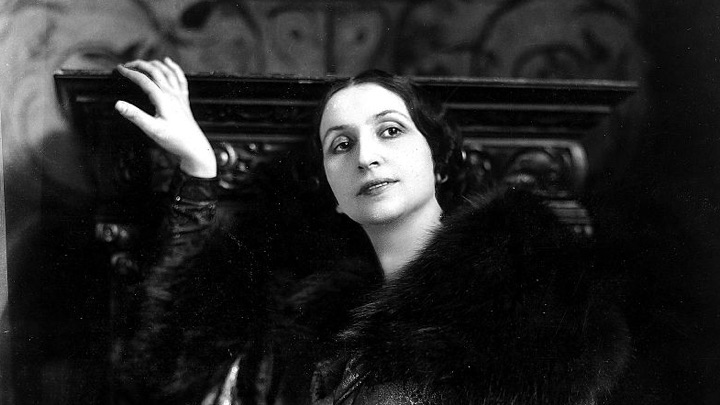 In some fundamental way, I’ve always believed this, and I’ve collected… okay, even hoarded… music through at least two technologies—three if you count the small number of 78s that were still part of my parents’ library in my early childhood.

But never has it been clearer than it is now, as I sit in my apartment for hours on end, that my music collection is helping to keep me (relatively) sane.

And to organize my own thought process, I’m mentally reviewing the recordings that had a major impact on my life—and planning to share them with my parterre box friends and family. I hope you’ll join in and add some of your own. Because even sitting in our own homes, we’re in this together.

I’ll start at the very beginning. My first life-altering record listening experience—I must have been six or seven—was to one of those even-then-antique 78s that lived in my parents’ Magnavox console: Amelita Galli-Curci’s Bell Song from Lakmé.

I had absolutely no idea that a voice could do that, and in particular, I was so mesmerized by the unaccompanied vocalise section that opens the piece that I kept stopping and starting at just that point. Writing this, I have it on again, and I still get chills from the beauty of tone and the elegance of her phrasing. And that twelve-second trill that signals the orchestra’s entrance!

So, imagine my delight to find, when I was around 14, an RCA Victrola LP reissue called Amelita Galli-Curci: Golden Age Coloratura, that included her Bell Song along with eleven other gems that I didn’t know. I remember this as the first record I bought using my allowance. Maybe that’s not strictly accurate, but it speaks to how much of a rite of passage it felt.

Listening again (and again, and again), Galli-Curci’s Bell Song (sung in Italian as “Dov’e l’Indiana bruna”) certainly holds up—but some of her other recordings made an even greater impression.

“Una voce poco fa,” with its dazzling diminuendi, effortless runs, crystalline top notes, surprisingly potent lower register, consummate articulation of the text, and captivating wit and charm remains the gold standard. Equally great if less virtuosic is Galli-Curci’s “Non so più,” where she is the very essence of Cherubino—more youthfully impetuous than any other, including a delightful grace note at the very end that I miss in every other performance.

That record, along with virtually all my LPs, is long gone—but happily, it was replaced by Ward Marston’s eight CD omnibus “Complete Galli-Curci” on Romophone, which has better transfers, and of course a myriad of other treasures. Alas, these CDs are no longer available either, but I believe you can find the entire contents of that Victrola LP through various online sources.

Listening to it again is bringing back wonderful memories and lifting my mood. Thanks for the opportunity to share!