Who could doubt that Leontyne Price contains multitudes? 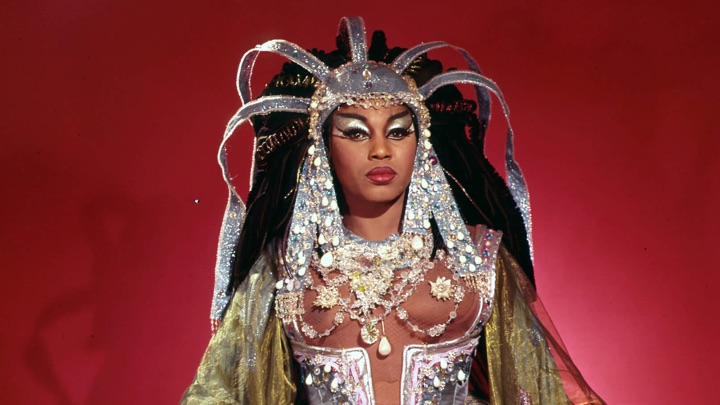 When last I wrote a “Life in Records” piece—about Strauss’s Vier Letzte Lieder—I lamented that these little essays were focusing almost exclusively on solemn musical works, when what many of us need more than ever is to find something joyful.

So, I’m pleased to say I’ve arrived at a mood of positivity, even ecstasy, with today’s topic: falling in love with Leontyne Price.

I can even give you an exact date: February 12, 1972. I was 15 years old and taking a Saturday morning acting class for kids, which finished in the late afternoons. My dad always picked me up when they were over, and as usual he was listening to the live Met broadcast, which that day was La forza del destino with Price and Carlo Bergonzi. He made a comment that he’d heard she had been off-form in recent years, but he thought she was exceptionally good that day.

I didn’t have any point of comparison, really, but what I do remember is finding Price’s tone—at once husky, sparkly and throaty—utterly bewitching.

From that day forward, I was a Price evangelist. This point was driven home a few years ago when I had a wonderful reunion with my dear friend Mindy from high school. Mindy explained to two others who came along that she knew she’d made it to the inner sanctum when I invited her into my bedroom to… listen to Leontyne Price records.

As best I recall, those record purchases began with two that I bought within a few weeks of each other. The first was Right as the Rain: Price/Previn. It might seem odd that I started with a pop album—crossover before we called it that—but remember, my tastes (then and now) overlap this divide, so in a way it was the ideal choice.

And anyway, who could doubt that Leontyne Price contains multitudes? Certainly not after hearing this album.

Three selections capture her protean skills with special vividness. The title song, which opens the album, is a jaw-dropper: even a knowledgeable listener might think she was hearing Sarah Vaughan, so similar is the timbre and the silken sense of line. (I’ve read since that Price was well-known in her college years for her deft Vaughan impression.)

But then comes “Sunrise, Sunset,” which is delivered here with the port-wine richness of a mezzo or even an alto. Flip to side (yup, this was an LP) and hear yet another Price in “A Sleepin’ Bee.” This one is a shimmering, bell-like lyric soprano, who might convincingly be a teenager.

I should add that André Previn’s contributions as arranger and conductor are pretty terrific, too—Price’s command of classical and pop styles was a near-ideal fit to his own.

In short, Right as the Rain had me even more deeply hooked on my diva-of-choice. As soon as I’d saved up a few more allowances, I headed back to the record store. This time, my purchase was more central Price territory: the first volume of her Prima Donna survey series, this one subtitled “Great Soprano Arias from Purcell to Barber.”

Did I know Purcell from Barber then? I doubt it, though I learned quickly. In fact, “Do Not Utter a Word” from Vanessa was and remains one of my favorite Price recordings of all—the voice so full of gorgeous colors, the mysterious mood so deeply etched.

The other selection that won me over instantly was the Countess’s “Dove sono” from Le Nozze di Figaro. Though it’s a role Price never sang (why not??), it was a favorite concert excerpt and shows her sovereign sense of Mozartean line at its best. Has any other soprano launched the final section with such breathtaking ease, or brought a wider range of tonal color to the line? I don’t think so.

The decades since brought many, many more records into my collection: all five of the Prima Donna series, of course, along with much more. I also saw and heard Price in a number of live recitals and one precious opera performance—a very late Aida in San Francisco, where Act III in particular was magical.

As my tastes evolved, I’ll admit I didn’t love everything Price did. The Vier Letzte Lieder was a particular disappointment, and there were a few others.

On the other hand, listening again to my collection, I continue to be astonished again and again. Price’s Carmen is a sultry wonder. (Don’t just take my word for it—veteran Gramophone writer, the estimable John Steane, thinks so, too!) She’s captivating—and in her way, idiomatic—in Poulenc and Schumann. And the El Amor Brujo solos—well, just wow!

And leave it to Price to have another surprise in store for us. More than 30 years after her singing was last heard on the Metropolitan Opera stage, her glorious, unmistakable speaking voice—and her piquant wit—once again filled that theater. This time, it was on the film soundtrack of 50 Years at Lincoln Center: A Gala Celebration, in a celebratory screening. The audience eruption at the sight and sound of her filmed appearance is a moment I’ll remember forever.

My—Our—Leontyne: a Goddess for nine decades and counting.