While Russell Thomas admirably goes toe to toe with Otello (and Otello) in a thoughtful and self-aware way, the assumption feels like a work in progress if not an outright mismatch with his vocal gifts. 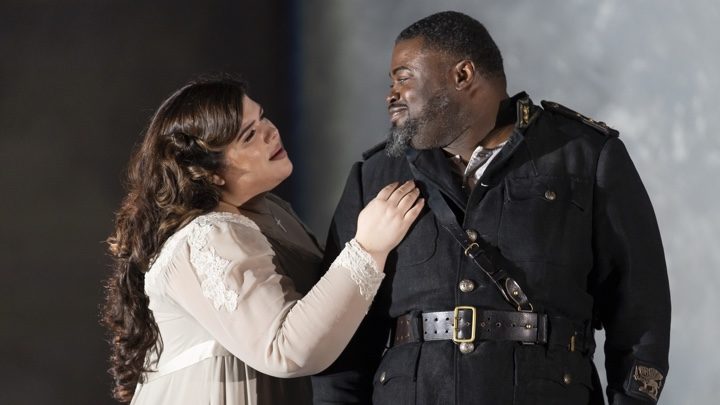 “My view is that cultural appropriation doesn’t apply to the classical arts.” — Russell Thomas

As an opera fan, comparatist, and member of the chronically appropriating culture, I love and fear Otello. Verdi’s through-composed music drama adapts and distills its towering Shakespeare origin, towing the line between a domestic drama and political indictment. The characters are dynamic and interesting, the libretto is svelte and poetic, and the music is relentless in its theatrical fits and starts of tension and release.

But if its handling of the scenario’s racial politics veers towards superficial, sensational, or insensitive, its performance history in a globalized world certainly hasn’t dialogued with its western-canon status particularly effectively. If Edward Said’s “orientalism” is the theory, “cultural appropriation,” the idea of picking and choosing the elements of another culture to add to an individual’s western psycho-emotional or aesthetic artillery, is the practice. Dehumanization is the retort to objectification.

It’s an idea that calls our insufficient interrogation of Butterflys, Otellos, Aidas, and Lakmés over the past century into question within a 21st century framework. As the discourse builds about the intersection of cultural appropriation and interpretation, the question becomes more complex than, say, what sort of deliberation went into allowing the first female Juliets, Portias, and Lady Macbeths; it implicates just as much the character as it does the creator of the piece for appropriating structures to tell a story that others who had more authority to sound off on were either disempowered or absent from telling.

It’s hard to imagine that this conversation cannot and should not spread to every art form but classical music. Stuck as it is in its moneyed particularities, opera’s tendency towards the melodramatic exploitation of marginalized-identity characters in classical music seems ripe for discussion and it is.

And while I feel like the most I can do as a white male college student about this issue try to understand it for myself and make way for others in an actually informed position to evaluate and explain it better, I can write about the performance I saw at the Kennedy Center last week that starred Russell Thomas in his staged U.S. role debut who provided the controversial quote at the top of this article.

Thomas has expounded articulately and at length about his reticence to be typecast in a country where darkening makeup for performers recalls abominable minstrelsy performances of the past two centuries.

Otello, a role that benefits from massive volume at both ends of a huge range to slice through a dense orchestra as well as declamatory authority that meets the vocal line halfway, poses a particular challenge for any tenor. While Thomas admirably goes toe to toe with Otello (and Otello) in a thoughtful and self-aware way, the assumption feels like a work in progress if not an outright mismatch with his vocal gifts.

On top of the fact that I do not find Thomas ideal in mature Verdi, mostly due to his painfully inexact Italian and the fact that the center of the voice lacks bite compared to his quite beautiful upper register (I had many of the same issues with his Don Carlo here two years ago), Otello, temperamentally, clashes with what I have previously noted as a particularly recessed and tentative demeanor onstage. 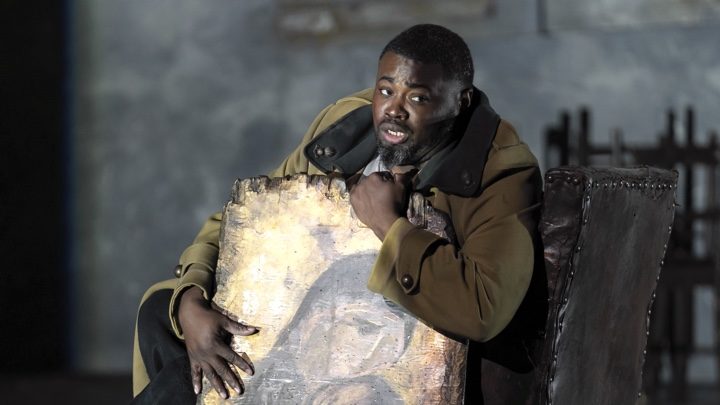 The scenes with Leah Crocetto’s Desdemona lacked much spark and in blocking as nonsensical and predictable as David Alden’s in this generic Mediterranean early 20th century update and new-to-D.C. production, this general seemed to be consistently shrinking away from view.

Conversely, I can’t think of another contemporary singer I’d rather hear more as the more pensive Werther or even Florestan (which he has sung before). His unique temperament and gorgeous top, with easy, liquid high notes, is unique amongst his peers. But these forays into Verdi ultimately feel more dutiful than inspired.

Crocetto, though, who I have previously enjoyed in Verdi (as a quite polished Aida and quite pretty Elisabetta here two years ago), also seemed ill-at-ease as Otello’s naïve but warmly regal wife. The most interesting element of her voice is her attack – the voice starts unimpeded into the phrase, almost as if each beguiling line were emerging in medias res.

However, only in longer phrases does her tangy soprano grow to display its ample, recognizable pearlescent sheen. Same as with Thomas, the base sound did not mesh with the majority of the role’s dualistic premium on putting across the text with the melodic line. I hoped that we might hear the distinguishing facets of Crocetto’s artistry more clearly in her Act IV scena where the music calls for it, but the non-stop, hysterical flailing about in an empty room cancelled out the scene’s meditative stillness. 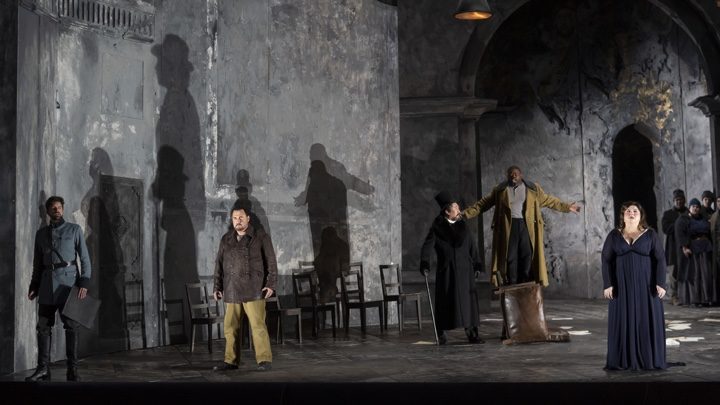 Only the Iago of George Gagnidze came off convincingly at this Otello. Granted, it’s a hell of a lot easier, comparatively, but his pointed, meaty baritone thrust the text out into the theatre and across the stage. The voice lacks tone in its lower reaches, but his Brindisi was leeringly persuasive and his credo had a burly ease. Zack Borichevvsky’s declamatory Cassio paired nicely with the strong Roderigo of Alexander McKissick, inexplicably costumed by John Morrell here as The Man in the Panama Hat.

Dramatically undiminished but similarly poorly attired, this time as an Edwardian Velma Dinkley, was Deborah Nansteel as an Emilia of steely demeanor but generous, confiding voice. Claudia Agüero Mariño danced the hell out of some of Maxine Braham’s choreography that doesn’t make any sense in the story and the WNO chorus sang on capably, sounding only slightly diminished in numbers but not in authority with the material.

Daniele Callegari supported this all with deferential control from the pit. Though not roiling during the opera’s most fervent scenes or going too syrupy in the sentimental scenes, he drew out nice contrasts across the evening and kept the performance pushing forward when its leads didn’t generate any friction.

In my four years of watching WNO productions, this was the most ambitious opening night program I’ve seen. And in the upcoming months, the company will present numerous operas that leave room for dialogue about the issues they present or depict (Don Giovanni, Samson et Dalila, Jeanine Tesori’s Blue). I hope the subsequent casts find themselves more at ease leading those conversations through their performances.