The boys of summer 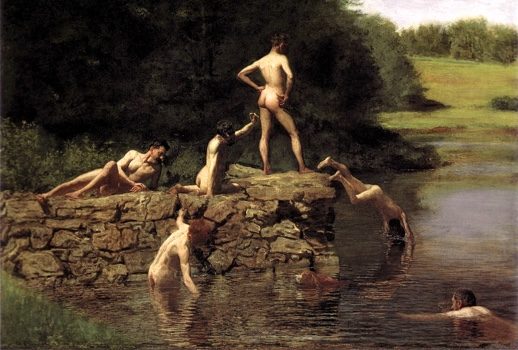 2019 is the bicentenary of the birth of the great Walt Whitman—a gay poet who loved opera—mandating the inclusion of a setting of The Wound Dresser hence the presence of Nigl, an Austrian baritone with whom I was previously unfamiliar. An added incentive for offering this recent performance was the surprising presence on the podium of Kirill Petrenko leading his new orchestra, the Berlin Philhamonic in John Adams’s work

Although he has sung roles like Monteverdi’s Orfeo, Mozart’s Pagaeno and Strauss’s Eisentein, Nigl is most noted for tackling cutting-edge contemporary repertoire including operas by Eötvös, Rihm and Dusapin. Next month he appears in title role of the latter’s Macbeth Underworld at its world premiere at La Monnaie in Brussels where he’s appeared regularly for over a decade.

Nigl’s acclaimed Wozzeck has been featured both at La Scala and in a fascinating updated production by Dmitri Tcherniakov for the Bolshoi in 2010.

Papageno is the only role I’ve seen from Goerne perhaps because it’s the only part he’s done at the Met except for a jump-in several years ago on opening night of a Wozzeck revival. Both times I experienced Goerne as Mozart’s bird-catcher—in 1998 and 2005—I thought him quite the best I’d ever seen. The seasons since the Julie Taymor production premiered haven’t given me any reasons to change my mind.

On the other hand, Papageno is one of the few roles of Keenlyside’s that I’ve missed at the Met—my general rule about Mozart operas is that if I’m not interested in the entire cast I don’t go. Sir Simon’s colleagues in 2001 weren’t very compelling which is also why I also missed his most recent engagement there as Don Giovanni. But I was at his Met debut in 1996 as a strutting yet suave Belcore in L’Elisir d’Amore competing against Roberto Alagna for Barbara Bonney.

New productions followed: Capriccio, Hamlet, Don Carlo and The Tempest but perhaps his most memorable local performance was at the Brooklyn Academy of Music in Trisha Brown’s production of Monteverdi’s L’Orfeo conducted by René Jacobs in which Keenlyside’s lithe, anguished hero fit in perfectly among Brown’s dancers.

One of my biggest regrets is missing his Pelléas when the Boston Symphony Orchestra brought Debussy’s opera to Carnegie Hall in 2003—what was I thinking? Keenlyside and Lorraine Hunt Lieberson and Gerald Finley conducted by Bernard Haitink? An opera-going life is always filled with baffling errors in judgment like this, isn’t it?

I missed Pape’s Met debut the year before Keenlyside’s by just two days: on Saturday he arrived at the Speaker in Die Zauberflöte but on Monday I attended that season’s first Meistersinger when he was the offstage Nightwatchman. Since then I’ve caught him in nearly every role he’s sung at the house with the exception of the odd Ramfis or Old Hebrew in the early days.

However my most intensely concentrated Pape-immersion was at the Berlin Staatsoper when I attended 2002’s extraordinary Festtage during which all ten of Wagner’s mature operas were performed over two weeks conducted by Daniel Barenboim in productions by Harry Kupfer.

Pape was Heinrich, Fasolt, Hunding, Marke and Pogner—he hadn’t yet undertaken Gurnemanz who was John Tomlinson. Pape’s indispensable presence that March was nearly equaled by Waltraud Meier as Ortrud, Sieglinde, Waltraute and Kundry—Deborah Polaski was the Isolde instead but I had heard Meier in that role at Carnegie Hall with Barenboim the previous fall.

Pape hasn’t sung so much at the Met lately but remains loyal to the Staatsoper where to the surprise of many he’ll be premiering two new roles this season: Sir John Falstaff in Nicolai’s Die Lustigen Weiber von Windsor (jousting with Michael Volle as Herr Fluth) and Baron Ochs in Der Rosenkavalier.

One of Pape’s less successful outings with the Met was Die Schöpfung at Carnegie Hall in 2002—the whole thing with a bland (as always) Hei-Kyung Hong and an overly fussy Ian Bostridge fell flat. To my surprise two years later Haydn’s oratorio received an infinitely better performance by the New York Philharmonic under Lorin Maazel where the Raphael/Adam was Quasthoff opposite Bonney and Bruce Ford.

I rarely attend vocal recitals with piano which explains my relatively sparse acquaintance with Goerne and Quasthoff although I did hear the latter in an odd Philadelphia Orchestra Damnation de Faust in which the conductor’s wife as Marguerite let down the home-team. Let’s hope that doesn’t happen again this fall with Rosenkavalier at the Met.

Quasthoff gave up classical singing around eight years ago but a glimpse at his calendar shows he’s not sitting at home reading—his schedule is filled now with jazz concerts!

Schubert: Songs (orchestrated by others)

Each of these selections can be downloaded by clicking on the icon of a square with an arrow pointing downward on the audio player above and the resulting mp3 file will appear in your download directory.

In addition, more than 250 other podcast tracks are always available from iTunes for free, or via any RSS reader.