Today the good guy finally gets his chance with San Giovanni Battista by Alessandro Stradella featuring Christophe Dumaux as John the Baptist. 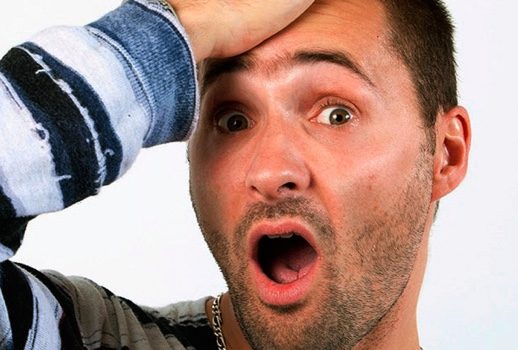 “Trove Thursday” has presented Richard Strauss’s Salome and Jules Massenet’s Hérodiade, so today the good guy finally gets his chance with San Giovanni Battista by Alessandro Stradella featuring Christophe Dumaux as John the Baptist along with one of the composer’s beautiful cantatas featuring the superb English bass Peter Harvey.

Opera Lafayette and Heartbeat Opera recently teamed up for Stradella’s second-best-known work La Susanna  which is, like San Giovanni Battista, a stage-worthy oratorio. While he did write some operas—I own recordings of Moro per Amore and a smashing recent La Doriclea with the stellar cast of Emöke Baráth, Giuseppina Bridelli, Xavier Sabata and Ricardo Novaro—Stradella is justly celebrated more for his cantatas and oratorios.

The latter are briefer than the longish operas and thus are performed more frequently. In fact, Damian Guillon and his Le Banquet Céleste were in the studio just last week recording San Giovanni following a series of staged performances.

It may not be a surprise that San Giovanni has been embraced: it’s an unusual take on a familiar story; quite short—less than an hour—and features one of the most startling endings in 17th century music.

I discovered Stradella quite early: while I was still in grade school (!) I checked out an LP from my public library of his beloved Christmas work, “Ah, ah, troppo è ver”–Cantata per il Santissimo Natale, with an impressive cast of Edith Mathis, Teresa Zylis-Gara, Paul Esswood and Eric Tappy. Unfortunately, that version seems never to have been issued on CD, but I was particularly struck then by Maria Vergine’s heavenly (and unusually structured) “Sovrano, mio bene” which I have listened to often over the years.

Stradella’s fame as a composer eventually faded but his profligate life became the stuff of legend and the basis for at least three 19th century operas, including one by Friedrich von Flotow, also the composer of Martha. Although those “biographical” operas fall into the “rom-com” category, reportedly Stradella met a tragic end: stabbed to death at age 42 possibly as retribution for his inveterate womanizing although I’ve read recent claims that that story may actually be apocryphal.

Stradella is justly celebrated more for his cantatas and oratorios. The latter are briefer than the longish operas and thus are performed more frequently. In fact, Damian Guillon and his Le Banquet Céleste were in the studio just last week recording San Giovanni following a series of staged performances. Opera Omaha will be presenting it next spring produced by Christopher Alden and conducted by Stephen Stubbs.

Since his debut in his early 20s Dumaux has remained one of today’s most compelling countertenors. Although he sometimes gets to play the hero (or the anti-hero in the case of Claus Guth’s recent Vienna Orlando), it might seem surprising to note him cast here as a saint.

For a long while he’s been typecast as the “bad guy” from many performances as Tolomeo in Giulio Cesare and Polinesso in Ariodante. His riveting assumption of the latter role is the highlight of a recent telecast of the 2017 Salzburg Festival-Christof Loy production, the one featuring a bearded yet bosomy Cecilia Bartoli in the title role.

San Giovanni Batista and the Harvey cantata can be downloaded by clicking on the icon of a square with an arrow pointing downward on the audio player above and the resulting mp3 files will appear in your download directory.

Over 225 other podcast tracks are always available from iTunes for free, or via any RSS reader. The archive which lists all “Trove Thursday” offerings in alphabetical order by composer has recently been updated.