Claus Guth, in a staging of Handel’s Orlando for Theater an der Wien, decided to revisit a PTSD theme. 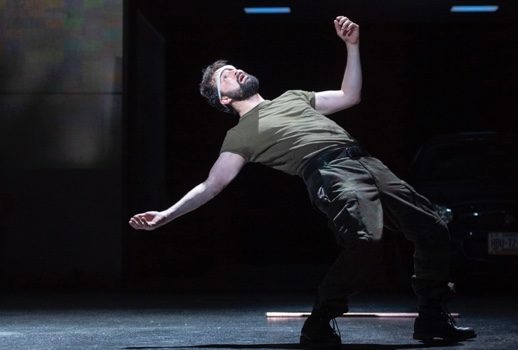 As early as the 16th century, Ludovico Ariosto explored the consequences of wars and the PTSD on the participants in his landmark epic poem Orlando Furioso, as, against the background of the war between Charlemagne’s Christian paladins and the Saracen army, the knight Orlando was driven to madness over his unrequited love to pagan princess Angelica.

In 1733, Handel adapted Carlo Sigismondo Capece‘s dramma pastorale Orlando ovvero La gelosa pazzia (based on that Ariosto’s piece) for one of his 1733 season operas at the King’s Theatre. He dialed back on the war topic (only briefly mentioned in the beginning) and focused more on the relationships of the characters.

German director Claus Guth, in a staging of Handel’s Orlando for Theater an der Wien that opened two weekends ago (seen on the opening night 4/14), decided to revisit the PTSD theme and its dire consequences to people around him.

His vision of Orlando was a war veteran turned into domestic terrorist. Set in modern-day Orlando, Florida, complete with palm trees and beach signs, the stage was a condominium with shrubs growing on its walls. That unit set was placed on a turntable, as is customary to most Guth’s productions. The characters were now residents of that apartment tormented by Orlando, with Dorinda’s “hut” morphed into food truck placed in front of that apartment, on stage right.

In my opinion, Orlando is one of the most difficult operas to stage, particularly because of one of the main characters, Zoroastro, is a magician. Zoroastro is also an important figure as he acts as deus ex machina at the end, where he singlehandedly cures Orlando of its madness, leading the opera to its joyous conclusion.

In moving the setting to modern times, that fact turns to be problematic to most opera directors. I felt that Harry Fehr, in his 2011 staging for Scottish opera (which will travel to San Francisco this summer), was the most successful as he reinvented Orlando as a traumatized ‘50s RAF pilot stuck in a wartime hospital and Zoroaster was his psychiatrist who prescribed electro-convulsive therapy.

To a lesser degree, Pierre Audi also staged Zoroaster as a psychiatrist to the fireman-turned-arsonist Orlando in his 2012 Brussels mounting.

Guth painstakingly made sure that the show was hyper real and believable, and in doing so, he was completely at lost of what to do with Zoroaster’s character, methinks. In fact, he split the character into two; one as the superintendent of the condo (in black suit with black hat, and bald) and the other as a drunken homeless (in flannel shirt and green overcoat with wigs).

Nevertheless, I feel that Guth completely undermined his role in Act 3, and as the result, he turned Act 3 into confusion. Without Zoroastro pulling Orlando out of his confused mind, why would Orlando out of the blue decide to forgive Angelica and give his blessing to Angelica and Medoro?

Honestly, I braced myself at that time to watch Orlando kill everybody on stage (prior to the finale, he already tied Angelica to a tree and doused her with kerosene), and I left feeling bewildered as the build-up intensity dissipated into nothingness at the end of the opera.

Casting Orlando as completely deranged also had negative consequences on this member of the audience; I didn’t care about  Orlando and his plight. Handel himself was very careful in this aspect; in his music he didn’t let Orlando to get crazy till Act 2, and even then, he set it as merely a hallucination. After Zoroastro pulled him back to sanity, Orlando was back to his regal and forgiving self. All of these were lost in Guth’s vision, I afraid.

That was all very unfortunate, as this production was graced by five very intense singers and stage animals that were fully committed. With a tauter dramaturgy, this could easily be the best Orlando production ever!

The role of Orlando was written for the great castrato Senesino , although unfortunately Handel’s experimental nature of Orlando left him confused and insecure; in fact this was his last Handel’s role. Countertenor Christophe Dumaux had no such problems with Guth’s version; he fully embodied demented Orlando body and soul, and it was truly riveting to watch.

He effortlessly managed to sail through the many coloratura passages, and his mad scene “Ah Stigie larve!” was a sight to behold. Unfortunately, as I sat on second row in front of stage left, his “Fammi combattere,” sung on top of that food truck on stage right, sounded rather underwhelming, but I blamed the set more than him.

As the object of his obsession, Angelica, soprano Anna Prohaska took a while to warm up on that opening night, but she eventually settled on and provided an intense reading on “Non potrà dirmi ingrata”. Her rather dark soprano voice matched well with the Medoro of Raffaele Pe , and her duet with Dumaux “Finchè prendi ancora”, while she was being tied to a tree, was hard to watch due to the intensity of both.

Even more impressive in my opinion was Giulia Semenzato ’s Dorinda. With her clear, bright and bell-like voice, she portrayed a naïve food truck seller that happened to be in that condo. She cooed just like a nightingale in “Quando spieghi tuoi tormenti” that opened Act 2, and she was notably dramatic in “Amore è qual vento,” complete with wind machine.

I always found Pe’s voice warm for a countertenor, and he imbued his Medoro with youthful charm that made his interpretation as a winning one. He spent pretty much throughout the opera fixing a car (that eventually would be his escape route with Angelica), so his characterization was decidedly rather one-dimensional; nevertheless his interaction with Prohaska was sufficiently romantic (and believable as the source of Orlando’s jealousy).

After his extraordinary take on Saul the year before, bass-baritone Florian Boesch was back to deliver another intense performance as Zoroastro. As I mentioned above that Guth spilt the role into two; and he was delightful in both roles.

As the building manager, he was electrifying in one of my most favorite Handel’s bass arias, “Lascia Amor,” that he delivered with marked legato (singers tend to chop up the phrases). He was particularly mesmerizing during the aria “Tra caligini profonde”, performed (right after the break) with great comic timing as the drunken homeless (second character) trying to climb stairs. It proved to be the highlight of the night, with the audience cheered loudly afterwards.

Giovanni Antonini led his Il Giardino Armonico in a very exciting and hard-driven manner, as if to match the intensity on stage. There were times that I felt it almost too much. As I sat not too far behind him, he was visibly not only mouthing the words that the singers sang, but also he orally expressed the dynamics for the orchestral passages; it could be a bit distracting at times. But the orchestra responded well to his directions, and the playing was superb and far from boring.

All in all, it was a frustrating night for me. In the era of Harry Potter and Game of Thrones , is it really too much to ask for a staging of Orlando with an actual wizard? 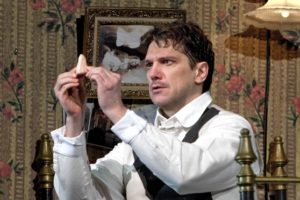 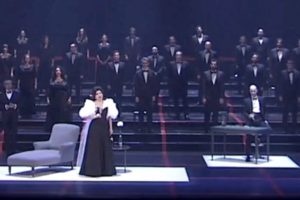 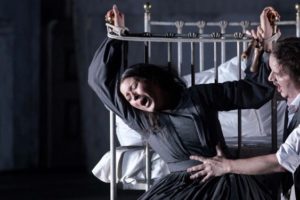 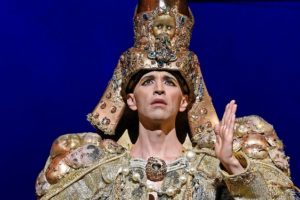