Tenor Matthew Polenzani and pianist Julius Drake’s performance left this listener in a a state of euphoria. 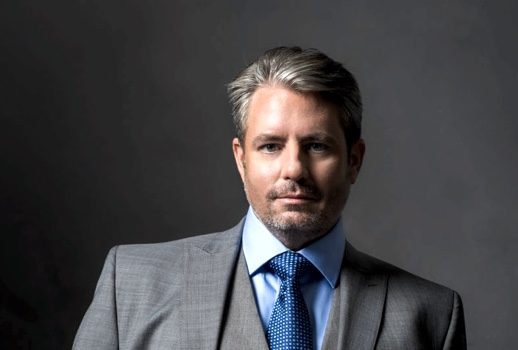 It seems somewhat incongruous that a state of euphoria could be reached after the emotionally wrenching journey Leos Janácek’s astonishing song-cycle Zápisník zmizelého (The Diary of One Who Disappeared) takes the listener on, but tenor Matthew Polenzani and pianist Julius Drake’s performance left this listener in just such a state.

But then again most of Sunday’s recital at Carnegie Hall was a brilliantly executed affair.

Yet there was nothing routine about the tenor’s performance of the Schubert set, and his Beethoven made one wish the composer’s only song-cycle was more frequently encountered.

From the opening “Nachtstücke”and throughout the entire recital the tenor displayed what makes him such a special artist: a kaleidoscopic array of dynamics, a sublime ability to caress a phrase, an innate musicality, and an honesty that rejects the frivolous or showy.

However, the performance of Brahms’s “Zigeunerlieder” by mezzo-soprano Jennifer Johnson Cano, which closed the first half, was in many ways the antithesis of Polenzani’s style.

Whereas the tenor let his voice tell the story with minimal “acting”, Cano’s performance was far too physical, resorting to mugging and enacting the songs nearly as broadly as her recent turn as Meg Page in the Met’s revival of Verdi’s Falstaff.

Admittedly, I have never been fond of Brahms’s faux-Gypsy melodies, and this performance did little to change my opinion of the piece.

After intermission all of the artists returned for a glorious presentation of the Janácek’s, 22 songs that tellthe story of Jan—a young farmer who falls hopelessly in love with Zefka, a Romany girl—and his obsession which ultimately drives him to reject his conventional life and leave his family to join Zefka and the child she has borne him.

Jan’s obsession mirrors that of the composer whose own infatuation with the much younger and married Kamila Stösslová would dominate his musical output for the last decade of his life.

The composer poured his longing into a score—written for a tenor, a mezzo, three off-stage women’s voice and a piano—that is at once romantic, harried, seductive, violent and rapturous.

The astonishing piano part is more than an accompaniment. It is a musical articulation of Jan’s inner conflict that adds a fascinating emotional complexity to the vocal lines—essentially laying bare Jan’s emotional truth.

Just as Janacek’s vocal lines are intrinsically wedded to the Czech language, Polenzani’s and Drake’s performances were inseparable, and their warm embrace at the work’s conclusion was appropriately symbolic.

As the naïve, bewildered youth, the tenor disappeared into Janá?ek’scomplex score traversing the ever-more-obsessed landscape of Jan’s psyche –reaching near Wozzeck-like intensity in the cycle’s concluding songs before the final ecstatic “Sbohem, rodný kraju.”

That song climaxes with two high C’s that Polenzani sang triumphantly. The brief postlude that follows strives for an even greater ecstasy–which Drake impressively delivered. (Has any other composer conjured rapture so consistently and persuasively?)

But the tenor and pianist were not alone in bringing the cycle to life. Cano was far more successful portraying the flesh-and-blood Zefka, whose music is earthy and seductive. Cano’s singing was all subtle allure. As she prowled the stage, she seemed less a predator and more an intoxicating specter.

Vocally the mezzo navigated the role’s wide range with distinction–her lower voice rich and her upper notes persuasive and clear.

The mysterious off-stage voices that comment on the action (conjuring images of Wagner’s Rhinemaidens) were blended beautifully by soprano Kathleen O’Mara and mezzo-sopranos Marie Engle and Megan Esther-Grey.

After such a draining but satisfying journey, it seemed that any more music would prove superfluous, and indeed the tenor acknowledged how difficult it was selecting an appropriate encore. So, he chose the song that he is most frequently asked to sing: “Danny Boy.”

In Aprile Millo’s recent Zankel Hall recital, I wrote of the spell that the soprano cast over the audience in her rendition. Polenzani cast his own magical spell.

There are few operatic tenors singing today that are able to use voix mixte as beautifully and successfully as Polenzani. His “Danny Boy” featured two pianissimo high A’s that were simply ravishing but it was the final note –a floated F natural– that seemed to echo forever before finally disappearing into the afternoon air.