There are, on rare occasions, moments in a live performance where some intangible symbiotic relationship between audience and performer creates an instant that borders on the sublime. 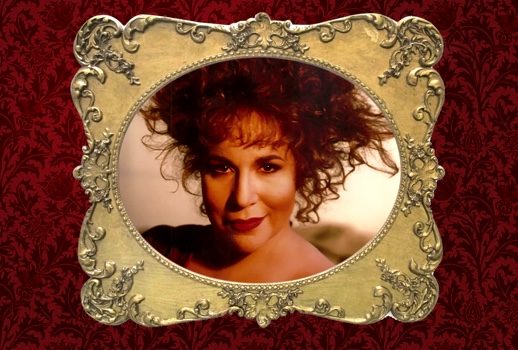 There are, on rare occasions, moments in a live performance where some intangible symbiotic relationship between audience and performer creates an instant that borders on the sublime; where collectively they breathe as one and inhabit a singular emotional space. Such a moment was achieved near the end of the first half of Aprile Millo’s Zankel Hall recital on Wednesday evening.

That sublimity occurred during her set of Irish Songs as the soprano transitioned from “Bendemeer Stream” into “Danny Boy”—both beautifully accompanied by Merynda Adams on the harp. To be completely forthright, “Danny Boy,” for this grandson of Irish immigrants, is an indelible tattoo; a melody whose mournful wistfulness always lurks just beneath the skin, a tune that feels mutually personal and communal.

And it was treated as such by Millo. The soprano spoke at length about her parents and the deep emotional connection she has to these songs. As Millo transitioned to “Danny Boy,” she removed her glasses and pushed aside her music stand (which was far too prominent throughout the recital) and simply “spoke” to the audience.

It was pure Irish story telling. Even an audience member’s phone alarm that rang just as the soprano began the second verse could not break the spell. At the song’s conclusion the audience erupted into a standing ovation that was not the last of the evening.

Indeed it was this set and the three Rachmaninoff songs dedicated to Dmitri Hvorostovsky in the second half that produced the soprano’s very best singing of the evening. It seems Millo’s emotional investment is the secret of her vocal success.

But not all of the soprano’s eclectic, ever-shifting program (selections were dropped from both halves of the recital) was equally successful. The opening set which charted the trajectory of a relationship from falling in love (Donaudy’s “O del mio amato ben”), to the dream (Tosti’s “Sogno”), to marriage and a house (Donizetti’s “Me voglio fà na casa”), to the ideal and first argument (Tosti’s “Ideale” and “Non t’amo piu!”), to how does it end? (Bridge’s “Love Went a-Riding”) had some rough moments.

The opening Donaudy in particular suffered from clipped phrasing which seemed dictated by lack of breath support rather than artistic choice. Nerves, one would assume, certainly played a part, and as the voice warmed up and her confidence grew, it became less labored and more responsive. But despite or perhaps because of the songs’ lower tessituras, these songs never took flight.

But better singing was to come. The first half was initially to conclude with “Io son l’umile ancella” from Cilea’s Adriana Lecouvreur, but Millo told the audience that after hearing Anna Netrebko sing it a few weeks ago she would leave the aria to her.

In its place the soprano substituted “Grazie sorelle” from Licinio Refice’s Cecilia which afforded Millo’s accompanist Inseon Lee a showcase for her virtuoso talents.

Coming right after the Irish songs I feared a let-down was an inevitability, but Millo has always seemed to thrive on these overly ripe scenas.

Here she delivered a performance that was part pantomime, part declamation, part aria that was as grand as grand can be. Was it over-the-top? Well yes, but the audience—including me—ate it up!

But I’m not sure of the aria’s actual vocal success. The scene included the soprano’s first forays of significance above the staff—most notably a climactic B-flat—and while the notes were there (almost), the effort was obvious.

The second half of the program opened with a restructured Russian set that began with the artist apologizing to any Russian speakers in the audience, warning that what they would be hearing might better be described as “bounced Czech” rather than Russian.

Yet perhaps the Rachmaninoff showcased the soprano’s voice at its best. The higher tessitura featured Millo’s upper-middle register which still blooms and rings true.

The first two songs: “Oh, Never Sing to Me Again” (accompanied by violinist C. Collins Lee) and “In the Silent Night,” in particular, were beautifully done.

If the climaxes of the rhapsodic “Spring Winters” showed strain, it was nonetheless an honest and affecting performance.

The final two scheduled selections of the evening were more in her operatic element, but fatigue appeared to be an issue in both.

The first offering, “O ma lyre immortelle” from Gounod’s Sapho, was introduced by the soprano with the following (paraphrased) statement: “Have you ever heard a melody and said to yourself, I’m a soprano, but I want to sing this mezzo aria – but don’t get any ideas!”

Yet it wasn’t necessarily the lower reaches that caused the real issues but rather a tentativeness and lethargy that pervaded most of the aria.

Similar issues arose in the Act Three Aidad uet. Joined by Kevin Short–in a not-quite-ready-for-prime-time performance as Amonasro—Millo demonstrated that Verdian style is forever in her blood. Certain phrases reminded me why she was the leading Aida of her generation but the effort required to make it through the scene was also evident.

The soprano returned for her one and only encore and advised the audience “You can sing along if you want…But don’t!” That encore was a disappointing medley of “Core ‘ngrato” and “O Sole Mio” that, despite the diva’s initial request not to sing along, became one of the most impressive audience participations I’ve ever heard.

When you go to a Millo recital you don’t just get singing – you get a whole performance. And judging by the two dozen bouquets the artist received at the end of the concert, the soprano appears to be giving her audience exactly what it wants.

In Zachary Woolfe’s comprehensive New York Times article the soprano speaks openly of her desire to sing at the Metropolitan Opera again. Wednesday’s recital might be viewed as an opening salvo, an audition for such an eventuality, but perhaps an honest reevaluation by the soprano is in order.

The rigors of a recital present a far different reality than that of a staged opera. Though the title role of La Gioconda and Andrea Chenier’s Maddalena may not be vocally or dramatically optimal at this point, what I wouldn’t do to hear her sing La Cieca’s “Voce di donna” or Madelon’s “Son la vecchia Madelon.”

Wouldn’t that be sublime?

Image based on a photo by Josef Astor.