“There’s one lady barber that made good”

The Met's new production of Samson et Dalila (not pictured) grabbed the most attention last month. 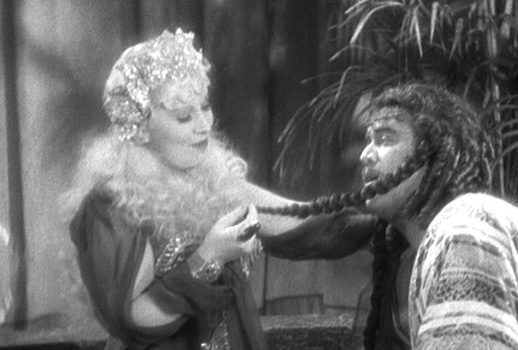 The Met’s new production of Samson et Dalila (not pictured) grabbed the most attention last month. The top 10 parterre box posts for the month of September follow the jump.

How to describe Anna Netrebko’s performance in Aida without slipping into hyperbole? Impossible, but I’ll try.

A gaggle of our parterre critics had what the kids call a “kiki” recently and “spilled the tea” (as the middle-aged folks say) about their greatest expectations for the New York fall season.

Must the winter come so soon

Night two of the Metropolitan Opera’s new season took us from the go-go Bacchanales of Gaza to the wintry streets of 19th century Paris, raising the curtain on a brand-new production of Puccini’s La bohème.

“Due to illness, Bryan Hymel will be replaced by Yosep Kang in the role of Raoul de Nangis,” says the Opéra National de Paris.

Sunday at the Met with Peter

Yet once more again Peter Gelb has done the impossible: starting in the 2019-2020 season the Met will offer regular Sunday matinees. And the season will extend into early June!

A “spy” unaffiliated with parterre box whispers to La Cieca that yesterday’s dress rehearsal of Samson et Dalila at the Met was sung by Nancy Fabiola Herrerafrom the wings whilst Elina Garanca acted the role “on vocal rest.”

Do you believe in Zajick?

The Met’s 2018-19 season begins in less than three weeks and “Trove Thursday” gives a preview of its opening night new production of Saint-Saëns’s Samson et Dalila with a broadcast featuring an unexpected temptress—Dolora Zajick—who will celebrate the 30th anniversary of her Met debut next month.

I have become a huge fan of the Vienna Staatsoper LIVE series on the Orfeo label. They’ve been mining jewels of great price from live relay performances from not only Vienna but Bayreuth and the Bavarian State Opera in Munich.