The next scheduled appearance of the Met's Ring production has been canceled, as irrevocably as these things can ever be. You Wagnerians out there (and you know who you are!) who are so busily either enjoying this season’s Ring cycle (or, perhaps, not so much) maybe be fascinated and/or appalled to hear that the next scheduled appearance of the Met’s production has been canceled, as irrevocably as these things can ever be. What we know, after the jump.

According to information emanating from inside the Met, La Cieca understands that tthe long-range plan was originally that the Robert Lepage staging, Machine and all, would be set aside, no doubt in a silk-lined, climate-controlled cube of the purest crystalline diamond, for four seasons. The Ring was to return at the close of the 2016-2017 season for three cycles.

But, for whatever reasons (and La Cieca is confident you will not be shy about guessing), this reapearance has been canceled, with (so far as we know) no revival in the foreseeable future.

So will the Met just sit dark for all those April and May nights and the contracted artists sit around munching bonbons? Hardly! Your doyenne’s spies report that these slots will be filled with two attractions, one perhaps a bit more attractive than the other.

Concurrently the Met will introduce a new production of Rusalka, and here the details are a bit more misty. The title role is assigned to Kristine Opolais, and it is reasonable to assume that Ring artist Eric Owens will roll over to Vodnik.

As for the production, La Cieca assumes it will not be created entirely new for the Met but shared with some other company. The most likely candidate would be the David McVicar staging to be introduced at Lyric Opera of Chicago next February.

However, there is also a slight chance the duties will be assigned to Martin Kusej, whose production of this work at the Bayerische Staatsoper was a career breaktrough for La Opolais. According to information that is still in flux (how like information!), Kusej was scheduled to direct a Verdi opera for the Met in 2016-2017, but that project has been postponed or canceled. Thus the Met might decide to have him fulfill his contract by directing the Dvorak opera instead.

Oh, and speaking of Eric Owens, he will also star that season in L’amour de loin, which has replaced the originally planned Saint François d’Assise in the Met’s repertoire. 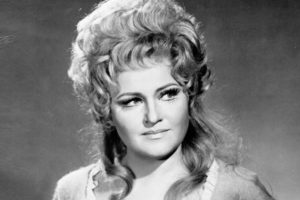