"Plus, he never laid a glove on those kids." — Jonas Kaufmann, probably. 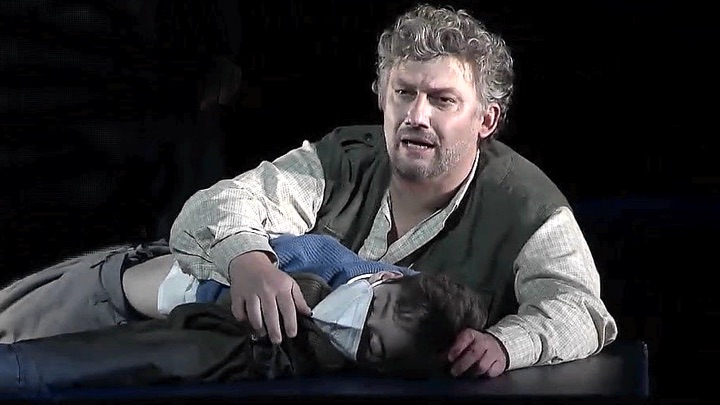 Jonas Kaufmann says, “Should art be politically neutral? Can it be? Many artists throughout history have had to ask themselves this central question. While Benjamin Britten, in his American exile, wrote about an autistic outsider in a small fishing village in England and Richard Strauss pondered the complex relationship between music, words and stage direction, Viktor Ullman wrote his last work in Theresienstadt, Der Kaiser von Atlantis, which can be described as extremely political. It borders on a miracle that this work has been preserved for posterity. Nevertheless, it has not found its way into the great opera houses, quite in contrast to Peter Grimes and Capriccio.” [Emphasis added, and since this was published on Slippedisc, it probably never happened anyway But still.] 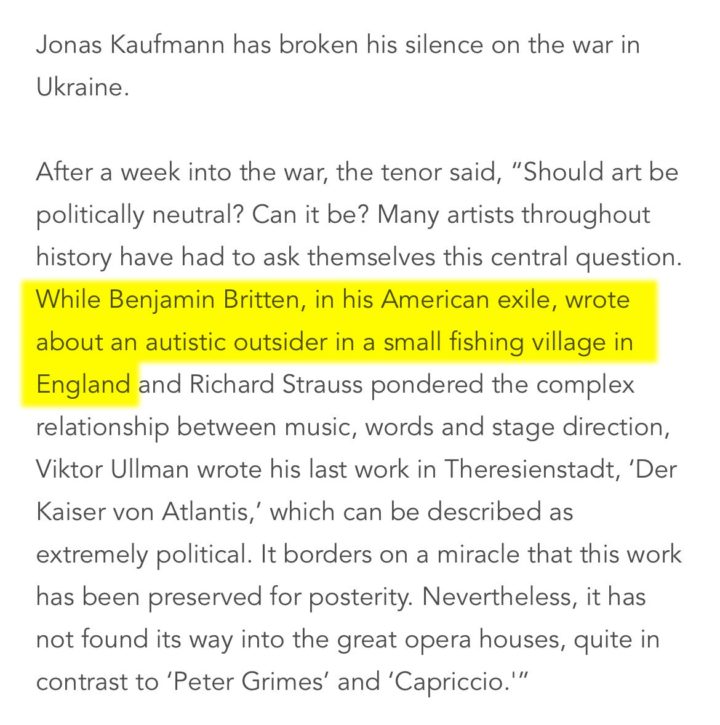