Only time can tell if some performances enter the collective opera memory, if such a thing even exists, as "historical" 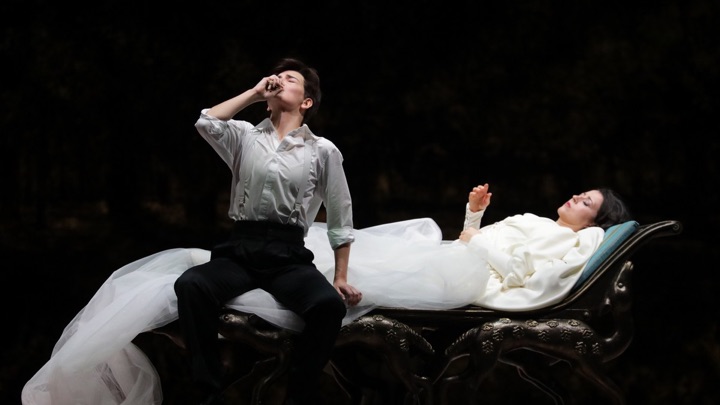 Until such time has passed we can only make predictions. But when these predictions are shared among a decent number of aficionados we might be in the right direction towards preserving what we thought it was a truly remarkable opera experience in our memories forever.

That was the case for me with I Capuleti e i Montecchi at Teatro alla Scala. All the parts that make an opera a complex art expression worked smoothly together at the highest level to produce a beautiful and moving show.

The splendid alla Scala orchestra found in Speranza Scappucci the ideal conductor for this tricky belcanto score. She infused the music with galvanizing energy when the action demanded fast peace and allowed it to breath widely when the lyricism of the moment or the singers needed more time to communicate the different feelings and confrontations that the sometimes overlooked libretto and the sublime score contains. It was her house debut but she commanded the whole show with the authority that only a profound knowledge of the music can impart.

The staging by Adrian Noble transposes the action into an undetermined recent time keeping the two politically confronted sides as root of the conflict driving the tragedy. It doesn’t try to tell a parallel story: it just works fine as an universal wildcard for any fight where the fighters forgot why they started fighting and just keep going on with the hate. 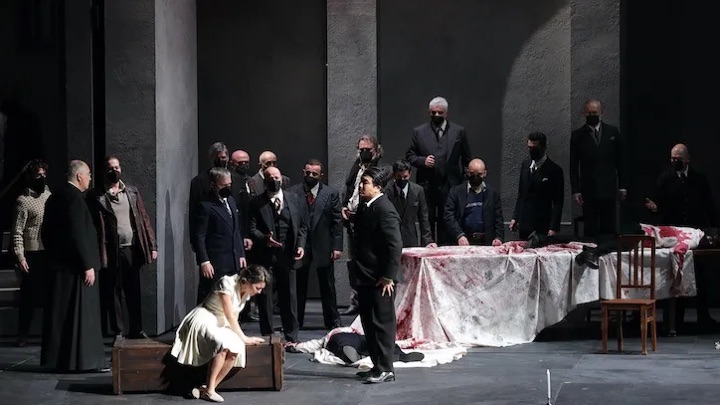 One of the biggest virtues of this stating is understanding how Giulietta and Romeo are treated in the libretto and in the music in very opposed ways. We see how the more passive attitude of Giulietta, reacting to love and fatality is expressed with slow contemplative movements on stage while the Romeo is a character that cannot stop and always is pushing forward.

The music coming from the pit and the acting directions coming from the backstage found in the principals the perfect vehicles to create a well-rounded show. Lisette Oropesa was magnificent as Giulietta. When I listened to her this summer singing in Martina Franca her entrance scene “Eccomi in lieta vesta… O quante volte” I knew she had the voice for the role.

But the surprise here was not only how well she executed all the trills and colorature with a voice that sounds beautiful and rounded all the time and across all registers but also how well she had internalized the character and used all the belcanto resources to achieve an outstanding expressiveness. As her character was static by definition she literally acted her emotions out with the voice and everyone in the theater could feel them.

Romeo was sung by Marianne Crébassa. She was the most credible Romeo one could imagine. Every single movement of her body and every expression from her face came from a young Romeo determined to fight for his destiny. And that superb acting was in consonance with fine singing, a silvery homogeneous tone and a precise legato.

But then we got even more magic. The complementary characters and roles of Giulietta and Romeo blended perfectly in the scenes together: the long one in the first act was one of the most beautiful things ever.

The cast was completed with a good Tebaldo sung by Jinxu Xiahou who has a handsome tenor voice and showed the ardent phrasing the character requires, a more discreet Jongmin Park in the role of Capellio and Michele Pertusi as Lorenzo who showed an authority that peaked and the end of the opera when he blames the father: “Da te, spietato”.

When the curtain fell after three hours of sublime art we all thanked the artists for the hard work to get here (one can only imagine long rehearsals with a very good connection between Speranza, Adrian, Lisette and Marianne) and even if I have witnessed longer applause in this house I keep thinking that the memory of this performance will last longer.