Like many composers of his generation, Ernest Chausson was enthralled by Wagner and he too turned to legend for his only opera, one that would consume him for final decade of his brief life. 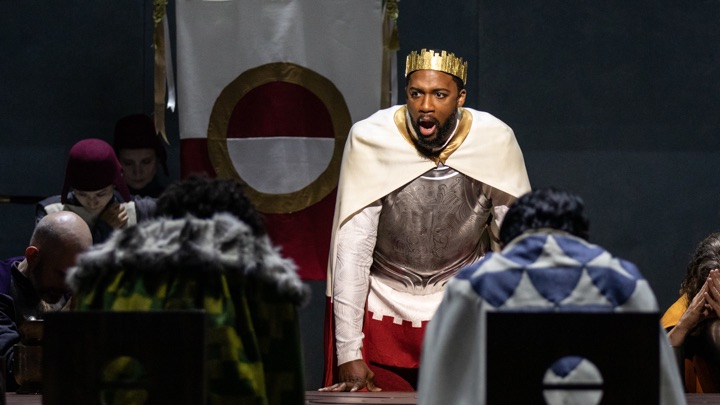 As in past years, Bard Summerscape presented a worthwhile rarely heard opera selected and conducted by Leon Botstein as its festival centerpiece and Sunday’s matinee was the fourth and final performance of a triumphant revival of Le Roi Arthus. Postponed from 2020, it featured a remarkably strong cast headed by Norman Garrett, Sasha Cooke and Matthew White. After two well-meaning but miked outdoor concert comedies, I was especially grateful to experience Ernest Chausson’s dynamic tragic work inside (!) the Sosnoff Theatre in all its unamplified, fully-staged glory!

Like many composers of his generation, Chausson was enthralled by Wagner and he too turned to legend for his only opera, one that would consume him for final decade of his brief life. While it might seem odd that he’d chose the story of an English king (whom most now agree never existed) as his subject, Arthurian tales, especially the adulterous affair between Queen Guinevere (Genièvre, in the opera) and Lancelot, have long fascinated the French, thanks to the works of the 12th century poet Chrétien de Troyes. Since Chrétien also wrote of Percival and his search for the Grail, a source for Wagner’s Parsifal, Chausson’s Roi Arthus, for which he also wrote the libretto, seems almost predestined.

The composer was well aware of the inevitable Wagner comparisons especially as his opera’s central love triangle closely resembles that of Tristan und Isolde. Expecting to hear lots of Wagnerisms, I was surprised that the first act of Roi Arthus greatly reminded me of other earlier French grand operas. However, in the following acts the Wagner influences are strongly felt with many subtle references to both Tristan and Parsifal, whose world premiere Chausson attended at Bayreuth in 1882.

Though the opera’s first act features a ravishing love duet and the third concludes with an ecstatic if attenuated choral peroration, the second act’s pair of dialogues proved the afternoon’s riveting highlights. A long and tortured encounter between Guinevere and Lancelot follows his (presumed) murder of Mordred who had discovered the illicit lovers together. The knight’s devastated remorse is met by the queen’s relentless excoriation resulting in their near complete alienation from each other. Yet their anguished colloquy eventually evolves into a startling, surprising reconciliation!

This duo is followed by Arthur’s despairing call for help to the dead Merlin. He rises—Erda-like—to prophesize a desperately bleak future in which all of his and the king’s lofty plans fall apart. Baritone Troy Cook brought a haunting fierceness to the wizard’s dire pronouncements while Garrett rose at last to convey Arthur’s gravitas, which his earlier appearance had noticeably lacked. 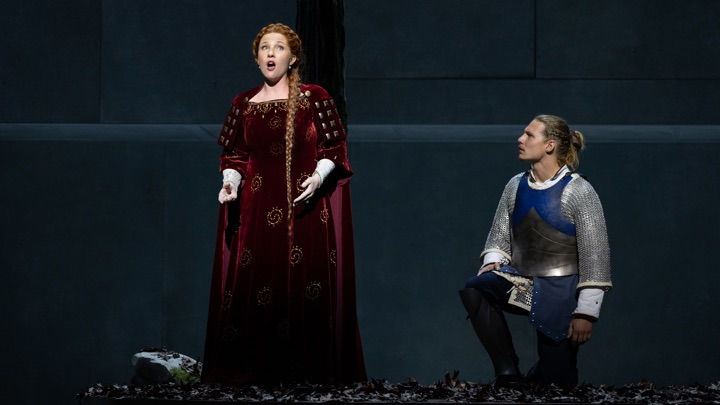 Despite the undisputed power of these sequences, Roi Arthus ultimately lacks the propulsive coherence to make it a fully satisfying work. The drama rests primarily with Guinevere and Lancelot’s stormy, tortured relationship while Arthur remains an opaque, isolated figure.

Though the opera runs nearly three hours, one longs for more about the relationships between the king and queen and especially between Arthur and Lancelot. We learn nothing of the intense bromance whose betrayal causes a cataclysm of war and death. Guinevere’s startling suicide by self-tress strangulation and Lancelot’s contrite death move us far more than Arthur’s heavenly apotheosis.

Nonetheless, the king’s opera received royal treatment from Bard. Louisa Proske, best known for her fiercely inventive Heartbeat Opera stagings, went full-out traditional for Chausson in the very best sense. The complex character relationships were clearly delineated and she moved her large forces with pointed simplicity. Matt Saunders’s spare set proved ingeniously functional with the Round Table ironically repurposed as Guinevere’s bed! Its two steep staircases proved no impediment to Thomas Schall’s breathtaking staging of the Lancelot-Mordred duel, the most thrilling sword-flight I’ve ever seen in an opera.

One regretted that Justin Austin’s pungent, conniving Mordred had so little to do, but a luminous Andrew Bidlack made much of Lancelot’s hapless servant Lyonnel while another vibrant tenor, Andres Acosta, got the second act off to a lively start as the Laborer.

While his strained delivery of the demanding opening declamations made it seem that Garrett might be over-parted as Arthur, his burnished baritone grew warmer and more assured. He was at his commanding best in that private interview with Merlin, while his grand regal public moments proved more elusive.

Inevitably the lovers get the more grateful roles. His handsome mien crowned by a mane of long blond hair, White was the perfect physical embodiment of the heroic knight-gone-bad. Additionally, his brightly penetrating tenor negotiated Lancelot’s demanding high tessitura with squillo to burn. The palpable chemistry between him and Cooke’s high-strung Guinevere meant that their long scenes together burned with thrilling intensity. 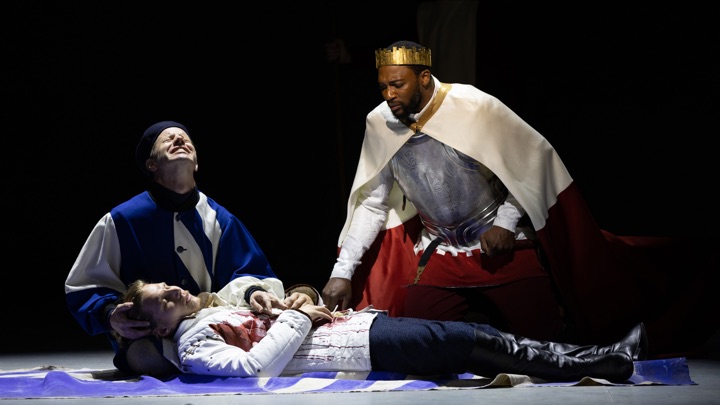 The mezzo, scandalously absent from the Met for the past 13 years, easily dominated the performance as a most unsympathetic character. Guinevere lustily revels in her all-consuming love for Lancelot—until she doesn’t. Then her position as queen is paramount—until it isn’t. That Cooke first subtly conveyed the woman’s infuriating contradictions and then movingly elicited pity at her self-destruction was astonishing.

And there then was the glorious, full-bodied singing! From the moment she opened her mouth, the theater was flooded with gorgeous ruby-rich sounds that matched her “sunset-colored” hair. Her opulent mezzo gleamed as it ascended though the very highest notes of the soprano taxed her. Years too late, I regretted fleeing the Met’s irritating Dr. Atomic at intermission thereby missing her big scene at Kitty Oppenheimer. But from now on I will make sure to catch Sasha Cooke at every opportunity.

Botstein who can be a brashly uneven conductor found a compatible match with Chausson’s extroverted score and the American Symphony Orchestra rewarded him with fervent and committed playing. Though the Bard Festival Chorale led by James Bagwell only dominated the stage at the beginning and end of Roi Arthus, they did so with an exciting full-throated ardor that was especially exciting.

If not the revelation of a forgotten masterpiece, Bard’s latest rediscovery was an essential, exhilarating experience, and I eagerly look forward to next year’s. As Le Roi Malgré Lui was a past Summerscape centerpiece, perhaps Le Roi Arthus will be followed up by other rarities like Le Roi d’Ys or Le Roi de Lahore?