Despite the ongoing pandemic and the political upheaval, the Prototype Festival is back, and it is bigger and more accessible than ever before. 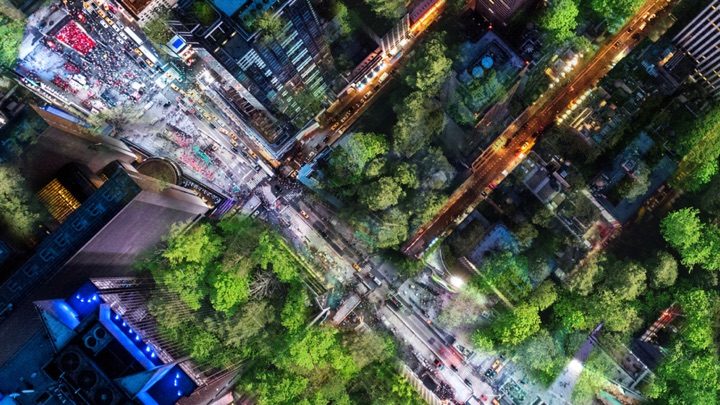 For lovers of contemporary opera, the month of January has become synonymous with the Prototype Festival. It is the highlight of many an opera-goer’s calendar, a rare injection of the weird and the wonderful at the height of the frigid winter.

Despite the ongoing pandemic and the political upheaval, this year is no different. The Prototype Festival is back, and it is bigger and more accessible than ever before.

If there is in event which is perfectly suited to online consumption, it is the Prototype Festival, which has garnered a reputation for its fearless, innovative programming.

Contemporary opera is so often more malleable, more resourceful, and more adaptive to new technologies than some of the big opera houses. Going digital is not a big leap for an artform that has always embraced the potential of multimedia.

Part of me hopes that Prototype will continue to produce a digital offering even after the pandemic ends. The new online format certainly seems to have given the festival a new reach: a map of audience members on the festival’s website shows opera-goers tuning in from as far afield as Adelaide and Reykjavik!

The opera is intended to be listened to in Times Square (with a mask, and socially distanced, of course); however, I tuned in from my apartment, having woken up with a bit of a sniffle.

Fortunately, the piece is just as compelling from home as I imagine it is in situ. The score consists of a string of “vox pops” from various pundits discussing the history of Times Square, interwoven with the electronically manipulated sounds of a chamber ensemble.

Among the interviewees are an urban planner, an architecture historian, a colonial historian, an ecologist, a journalist, a number of local artists, and the founder of the design firm responsible for Times Square’s pedestrianization.

However, librettist Geoff Sobelle is not so much concerned with what these experts have to say, but with the affective qualities of their words, with the colorful ways that these various scholars and leaders describe Times Square.

Their words are layered on top of each other, strung out in various pitches and rhythms so that they begin to resemble the geography or architecture that they describe. For example, when the conversation turns towards the hilly landscape of pre-colonial Manhattan, the word “hill” is repeatedly emphasized so that the patterns of speech begin to resemble the bumpy, jagged landscape of pre-European 42nd Street.

The music, by composer and vocalist Pamela Z, works in tandem with these various overlain voices to endow the work with an irrepressible energy.

The score is broadly post-minimalistic in style, constructed out of various repeating, subtly changing ostinati. Sometimes these ostinati sync up with the various speakers; at other times, they are deliberately out-of-sync. Occasionally, various similar (but subtly) different melodic figures are placed over top of each other to create uncanny heterophonic clusters of sound.

Every now and again, an instrument directly mimics the melodic contours of the spoken voices, in an effect similar to Steve Reich’s groundbreaking 1993 opera, The Cave. It often became difficult to distinguish between what is musical and what is spoken – an effect that is surely compounded when actually listening to the opera in the din of Times Square.

Indeed, there are many moments in the piece when the narrator entreats the listener to tune their ears to the world around them, leading the listener through an Oliveros-esque “deep-listening” exercise. Sometimes the real-life sounds of Times Square – the screech of a subway car or a PA speaker droning “please stand clear of the closing doors” – are intermingled with the voices and the instruments.

At other times, the voices and instruments mimic the sounds of Times Square so vividly, it was almost as if all the dilapidated Elmo impersonators and overpriced food trucks had been transported into my living room. It was utterly hypnotic.

For local quarantiners missing the hustle and bustle of the city, Times3 is the perfect way to get a quick (safe) dose of New York energy. 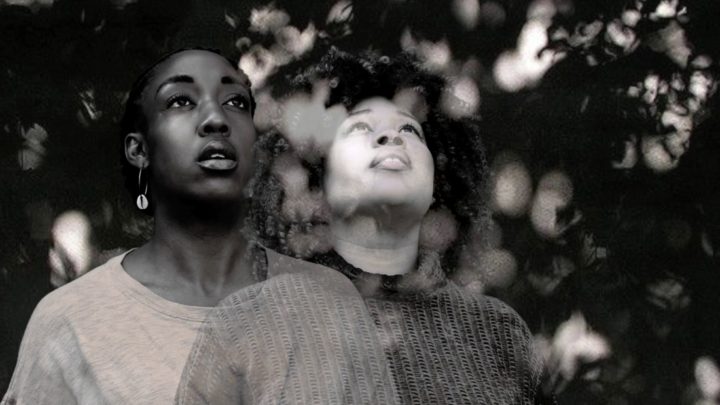 The second Prototype show that I attended was Modulation, a staggering collaborative effort comprising 13 different audio-visual responses to the year of 2020 by 13 different composers. The opera was produced by Beth Morrison, in collaboration with LA Opera, California Performing Arts, HERE Arts Center, and Opera Omaha.

On first glance, Modulation looks more like a video game than an opera. You navigate your way through various online spaces, clicking on various object as you go. Each object unlocks one of the thirteen different pieces.

This digital interface is impressive in and of itself, allowing the viewer to curate their own experience of the work. It provides you with the ultimate flexibility, allowing you to work their way through the piece in your own speed.

Although all thirteen contributions ostensibly respond to the events of 2020, there is little else that links them together. The pieces take on radically different styles, from the acerbically funny talking heads of Paul Pinto’s “Whiteness: Blanc” to the melancholy dirge of Raven Chacon’s “La Indita Cautiva.”

Modulation is not a cohesive work. But that is not necessarily a bad thing. It wears its diversity on its sleeve, valiant enough to be unabashedly pluralistic. And while the changes in style between pieces were initially a little jarring, one soon begins to expect the unexpected.

The vocal styles, too, change dramatically between pieces: some employ more traditionally operatic singing while others look towards the vocal timbres of popular music or even to forms of indigenous vocalizing.

With so many different pieces in so many styles, it is natural that you are not going to enjoy all of them equally. However, the digital curation allows the listener to easily skip through to find those pieces that they like (and to come back the ones that they find more challenging).

A host of additional curatorial content (such as program notes, libretti, and artist information) is also available through the digital platform, helping the listener to interpret the various pieces (which, admittedly, can be somewhat disorientating without context).

Despite the diversity of creative approaches across the thirteen pieces, the cinematography was uniformly breathtaking. The visual world of Modulation, which ranges from quirky animations to gritty urban vistas, was rich and engaging throughout, a testament to the caliber of filmmakers brought in to collaborate on the project.

The incorporation of footage from the various important events of 2020 (including the George Floyd protests and the Covid-19 pandemic) gives the work a timely resonance. Yet these pieces are not simply a retelling of recent history, but, rather, a meditation on the composers’ own personal experiences of identity, diaspora, and isolation.

The highlight, for me, was Jimmy López Bellido’s rousing, hopeful ode to life beyond the pandemic, “Where Once We Sang.” Bellido’s score was beautifully conceived and, in combination with Mark Campbell’s terse poetry, unfathomably moving.

His music combines the infectious pulses of minimalism with a sharp chromatic edge and a splendid melodic sensibility – I would kill to hear an entire opera by this composer! Credit must also go to Sasha Cooke’s crystalline mezzo soprano, which made light work of Bellido’s vertiginous melodic leaps.

Another favorite of mine was Yvette Janine Jackson’s “Fear is their Alibi,” a harrowing but beautiful duet for soprano and bassoon about the horrors of police violence. Clifton Joey Guidry III’s bassooning had a bright, piercing quality, which perfectly complemented the mellowed timbres of Malesha Jessie Taylor’s soprano.

There were other highlights, of course: Bora Yoon’s surrealist reimagining of Dido’s lament as a requiem for our polluted earth; Juhi Banshal’s luminous paean to the Bangladesh Girls Surf Club; and Joel Thompson’s icy neo-medieval choral writing.

Of course, there were lowlights too: for me, some of the pieces relied too heavily on tired musical tropes and predictable formal conventions, standing out next to the more innovative works.

However, these are small gripes. All in all, Modulation is a colorful musical patchwork, very much worth exploring.