We can delight in films that make use of motif to give opera-lovers an extra little jiggle. 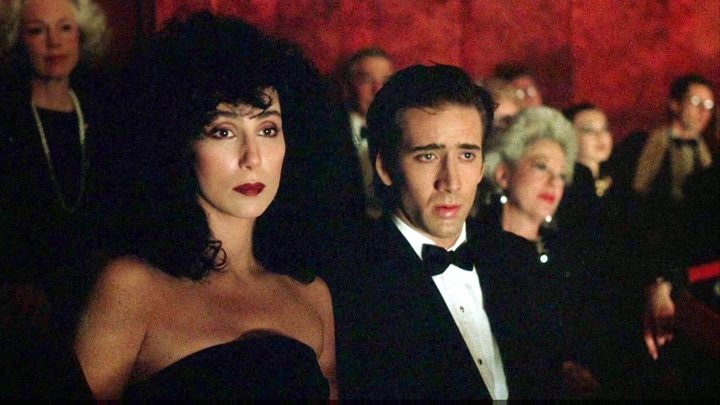 Such a moment, amidst numerous other jiggles, occurs in Roger Vadim’s Barbarella (1968). Jane Fonda, a million light years from earth, very scantily clad for Outer Space, has located a guerilla leader, David Hemmings, whose numerous futuristic gadgets fail to operate. They include a special radio to reach his confederates—but all he gets is static.

And what does static sound like this far from earth? Naturally: a coloratura singing Gilda’s arpeggio from “Caro nome.” Only when she is about to sing words does he turn it off. “Static! We can’t get through!” he cries. (I was the only one in the theater who laughed, but I laughed a lot. Someone in that company was on my wavelength.)

In Breaking Away, a charming 1979 film about teenage boys in Indiana facing life after high school, one of our heroes, an aspirant bicycle champ, affects an Italian accent and courts a pretty girl in this guise. He pursues her on his bike (she has dropped her purse) to the Saltarello from Mendelssohn’s Italian Symphony, and serenades her with “M’appari” (from Martha), having learned it by rote from Caruso’s recording.

The extra spice for cognoscenti lies in knowing that “M’appari” was composed by a German, von Flotow, and that Mendelssohn, though he fell in love with Italy at first sight (and the symphony expresses just that), was a native of Berlin.

For John Huston’s 1985 gangster film Prizzi’s Honor, the composer chose Puccini—but, wittily, he took themes only from Gianni Schicchi, a score relatively little known. The tunes have the melodious charm of the master without being tediously familiar. And the cream of the jest comes in the sole use of the too-familiar “O mio babbino caro” (O, my dearest daddy)—which is playing in the background (on a record player) while Anjelica Huston feeds grappa to her ulcer-ridden papa in order to bully him into murdering faithless Jack Nicholson—rather the opposite of the aria’s intent in the opera.

Bernardo Bertolucci made a film, Luna (1979), about an opera singer, and the interaction of her private life (incest with heroin-shooting teenage son) with her career. He made the mistake of casting Jill Clayburgh, an actress with a cement mixer voice who could never pass for a singer. But he dubbed her singing scenes (Trovatore, again, and Ballo in Maschera) and he chose good recordings, though none of them could be Clayburgh.

In one scene, her son is searching for her and finds a soprano friend of hers—who does not cooperate. She walks away from him, with a little smile—singing Oscar’s aria, “Sapper voresti,” from Ballo. Those of us who know it … know the situation, the concealment of information.

It must have been someone familiar with Tchaikovsky’s Eugene Onegin who chose to present “Kuda, kuda” in The Talented Mr. Ripley (1999), when the tearful Ripley (Matt Damon), attending the opera, is haunted by having slain the man he loves. What gay opera lover’s heartstrings were not tugged at that instant?

In a number of films—one that comes to mind is Ghost Story (1981)—someone sings, or the soundtrack plays, or in Ghost Story puts on a recording—of Dido’s Lament, “When I am laid in earth,” from Purcell’s Dido and Aeneas, and the morbid message of the music is clear, even if you don’t know the opera.

In John Schlesinger’s Sunday, Bloody Sunday (1971), we meet two conflicting pairs of lovers, Glenda Jackson and Murray Head, and Peter Finch and Murray Head. Head, a young and arrogantly good-looking artist, is enjoying two different affairs, and dumps them both to leave London for New York. The music played in both lovers’ homes is the trio, “Soave sia il vento,” from Così fan tutte, lovers bidding farewell to (deceiving) boyfriends.

The melody is one of Mozart’s most heavenly in any case—and Così was not quite a repertory staple when the film appeared—but it has the extra fillip for those who know that opera of masks and deceit, which comments deftly on the plot of the movie.

If Mozart enhances the weird lovers’ triangle of Sunday, Bloody Sunday, he does the same for The Shawshank Redemption (1994), where Tim Robbins, oppressed by his dreary prison, barricades himself in the broadcast booth and spins the “Letter Duet” from Le nozze di Figaro to the uncomprehending but entranced convicts. “I don’t know what those two ladies were singing about,” mutters Morgan Freeman, but it doesn’t matter. The meaning of the text is only ironically connected to the prison escape, but the music may be the part of the film its viewers most fondly remember.

Perhaps the greatest simple explication of an aria spoken in a film is the famous scene in Jonathan Demme’s Philadelphia (1993) in which, while Maria Callas sings “La mamma morta” from Andrea Chenier, Tom Hanks explains the meaning of her aria and the point of operatic drama to Denzel Washington. Getting it, Washington, as a heterosexual lawyer who has not really comprehended his gay client, appreciates art on a new level, its meaning across levels of different lives.

One filmmaker who loved opera and often used it at significant moments in her movies, was the late Lina Wertmüller. In Seven Beauties (1975), she sent Giancarlo Giannini—convicted of murder—to a Nazi prison camp with a brutal and repulsive female commander (Shirley Stoller). Simply to survive, he starts to flirt with her—making eyes and gestures and song as he did in the streets of Naples. When she summons him, he is far too worn out for love. She gives him a hearty meal. “Now you will make love or you will be shot.”

In Wertmüller’s Swept Away (1974), Giannini has fallen in love during a stay on a desert island, but on their return receives a letter from his (married) lady that informs him they must forget those feelings. We do not read the letter or hear him reading it. We do not have to. We watch his expression while, on the soundtrack, a soprano breaks into an agonized phrase from La Traviata: “Croce, croce e delizia, delizia al cor!” And it is Traviata, of course (the tale of a courtesan absolved), to which Richard Gere takes streetwalker Julia Roberts in Pretty Woman (1990)— though I find their feelings less credible than those depicted in Swept Away.

Verdi and Puccini were the composers everyone knew by heart when the talkies were invented, and they remain (with Wagner) the primary citations when opera is mentioned on film. When Luchino Visconti wished to open his Senso by thrusting us in the midst of the Risorgimento, he did it with a thunderous Il Trovatore at La Fenice (in Austrian-occupied Venice), interrupted by a violent political demonstration. Yet the same score could be the wooden backdrop for the Marx Brothers when “breaking into Society” (an apt phrase) in A Night at the Opera. As Groucho remarks, “Abandon hope, all ye who enter here.”

Opera in the United States has somehow never been accepted as native in the popular taste—even Aretha singing “Nessun dorma” couldn’t make it seem part of our homegrown culture. It was to appeal to an upper class bloke that Mae West took on opera: In Goin’ to Town, she sings nothing less than Samson et Dalila, warbling “Mon coeur s’ouvre à ta voix” in a tinny soprano, sashaying through the Valley of Sorek with a sort of backup group of Nubian slaves. “Hiya, Joe,” she calls, merrily, recognizing one of them from the old days. It works.

Probably everyone’s favorite visit to the opera house in American movies of the last generation was Nicholas Cage’s date with Cher at the Met for La Bohème in Norman Jewison’s 1987 Moonstruck. “I didn’t think she was gonna die,” Cher says, as the lights come up—my favorite line. (Unfortunately, Jonathan Larson was listening, and writing Rent.)

The movie makes use of opera to imply that even unsophisticated urban peasants still get a kick out of civilized pleasures. One regrets the recurring hint that you have to sit in a box in formal dress, as is also implied in Pretty Woman, or a uniform and be prepared for a duel, as in Senso. We all know that isn’t true. It is a heresy to be combatted among those who have not experienced opera and do not realize how popular the pleasure was designed to be.

Let us let the movies help new enthusiasts over the hump.