What the ‘Cat’ dragged in

Cat on a Hot Tin Roof is sometimes called the American King Lear, which nods to themes of a father and his disappointing children… but I think it’s also Shakespearean in its sprawl and grandeur. 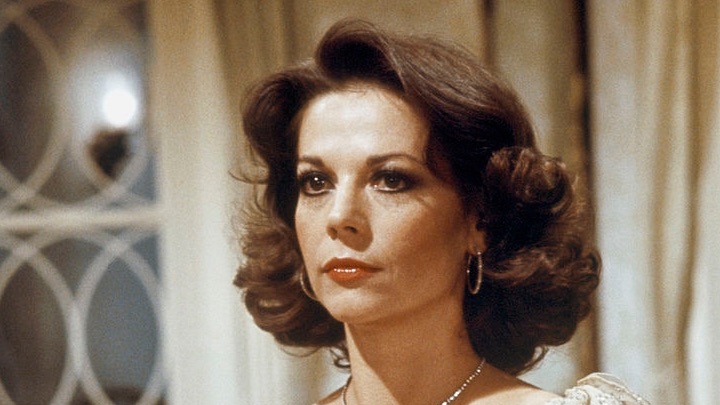 Cameron Kelsall: Well, David, even after our exhaustive—some might say, exhausting—deep dive into The Glass Menagerie, it seems we just can’t quit old Tennessee Williams. A natural next step would be the next chronological work in his canon, A Streetcar Named Desire, which firmly cemented the reputation he established with TGM. Yet aside from the legendary film version starring Vivien Leigh and most of the original Broadway cast, there just aren’t that many readily available filmed treatments of that sultry New Orleans tale. Instead, we’re going to jump ahead a decade to Cat on a Hot Tin Roof—and return, however grudgingly, to Granada Studios, for another installment of Laurence Olivier Presents A Tribute to American Theatre.

David Fox: As you well know, Cameron, I love my Tennessee Williams, so I’m delighted to continue. I opined earlier that The Glass Menagerie is my favorite of his works, as well as my nominee for the greatest of all American plays. That said, Cat on a Hot Tin Roof holds a special place in my heart as the most potentially thrilling. For sheer scale and sweep, Cat has no equal. It’s sometimes called the American King Lear, which nods to themes of a father and his disappointing children… but I think it’s also Shakespearean in its sprawl and grandeur. Each time I see or read it, I’m also jolted anew by its frankness. The gay content that lurks below the surface in TGM is vividly given voice here in surprisingly candid ways, particularly the backstory of Big Daddy and the former plantation owners. Or at least, all of that should be central. Here, even with the presence of Lord Laurence Olivier as what must have been the engine driving this train, very little of it comes through.

CK: It’s interesting to compare the subtlety of TGM with the overtness of Cat—the former could be read as the work of a burgeoning artist, not wanting to shock his potential audience with too much frankness at the beginning of his career. By the time he gets to Cat 11 years later, his own sexuality was more or less known. Perhaps he felt emboldened by success to address these issues head-on, and less than five years later, he’d remove any pretense with the debut of Suddenly, Last Summer. But to your point, this production feels particularly devoid of any comment on homosexuality, whether covert or overt—which is intriguing when you consider that Olivier himself was known to be bisexual, and rumors have persisted about the sexuality of Robert Wagner, who plays Brick.

DF: Indeed. The offhandedness here in handling the unseen but much discussed backstories—Brick’s “friendship” with Skipper, and Big Daddy’s, ahem, working relationship with Peter Ochello and Jack Straw—is absolutely gutting to the impact of Cat; and, unfortunately, it’s far from the only misfire in this desultory, low-rent TV adaptation. Watching it—and Olivier’s performance in particular—it’s hard to see what attracted him to the project. And even harder to imagine that he allowed it to remain accessible in the canon in the years since it was aired in 1976.

CK: Olivier deserves respect for the sheer scope of his career, to say nothing of the brilliance he could command. Yet it’s easy to imagine him working through a list of paterfamilias parts in American dramas he felt he should play at this stage of his career. As you mention, this adaptation was shot in the late 1970s. Between Olivier’s ultra-bronzed exterior and Natalie Wood’s feathered hair and DVF wrap dress, you could mistake this for an episode of The Young and the Restless.

DF: Cameron, so glad you mentioned the wrap dress and feathered hair. You’ve actually managed to gay up Cat! But seriously, you hit on some of the really terrible visuals here. Olivier mostly looks to me like he’s Colonel Sanders, but at times the bronzer is so dark you might think he was still playing Othello! And Wood could not look more ’70s TV show, though real-life hubby Wagner is at least as feathered. (You have to believe the Pollitt family bought up every blow dryer in Louisiana.) The whole tawdriness of this production really drags it down—yes, there’s reason to think the family lacks taste; but they have money by the bucketful, and we need to see it everywhere.

CK: If anything, the surroundings should look unbelievably gauche, not cheap. Plus, it would be nice to have something to look at during the long second act between Olivier and Wagner—the only section, as far as I can tell, that isn’t noticeably cut—which is a battle of too much emoting from the former and virtually no acting from the latter.

DF: Wagner really is a total write-off here—Brick is meant to be difficult to read, but there’s no suggestion of anything below that carefully feathered surface. As for his Maggie, I wanted to like Wood more than I did. I think she actually gets off to a good start—she’s very well cast, and her sardonic, almost comedic underplaying scores some points (so many Maggies overact in the first scene). Ultimately, the performance doesn’t grow as it must when the stakes get higher. It’s a single note.

CK: I do wonder what Wood could have achieved with a different leading man—even though the first act is essentially a monologue for Maggie, it helps to have someone compelling to play off of. In the successful Brick-Maggie pairings I’ve seen, there’s an air of unspoken tension between them that’s missing here. It’s also worth mentioning that Wood, of course, was ravishingly beautiful. Most Maggies are, which strikes me as a misreading rooted in the casting of Elizabeth Taylor in the film adaptation. (No slight meant to Barbara Bel Geddes.) Big Daddy mentions to Brick at one point that Maggie and Mae, the comically fertile sister-in-law, are essentially the same kind of woman; that’s a hard equation to buy when one woman is Natalie Wood.

DF: You’ve hit on what I think is a common problem in Cat productions, and one that undermines what is so important about the Maggie/Brick and Mae/Gooper pairings. It’s not that the former are gods and the latter grotesques. Quite the contrary—they’re similar but have gone in different directions. As Maggie mentions early on (with only faintly disguised competitiveness), Mae was once a Cotton Carnival Queen. In this version, Mary Peach (Mae) and Jack Hedley (Gooper) are the epitome of Southern trash—no, make that fake Southern, since neither deploys a convincing accent. (Well, nobody here does, really.)

DF: Yes, disappointing—though it speaks to the general level here that, even so, I think Stapleton is by a significant margin the best thing about this Cat. She, at least, has energy and bite, and captures both Big Mama’s boisterous vulgarity and her vulnerability. But the final scene here—the fight over Big Daddy’s estate, even as he lies screaming in agony a room away—is so ineptly directed that she ends on a weak note. As indeed, everything about this watery misfire of a production does.

CK: Luckily enough, there are other versions for us to consider. Stay tuned.

DF: Meanwhile, I’m off to have a drink. I haven’t yet heard the click in my head.