A ‘Glass’ half empty

More than any actor I’ve seen on stage or screen, John Malkovich communicates the essential ambiguity of the character. 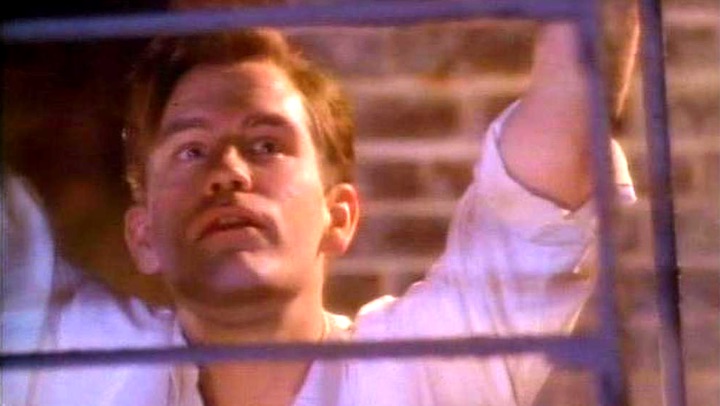 Cameron Kelsall: I rarely seek out reviews of something I plan to write about before I’ve written, but after taking in Paul Newman’s cinematic adaptation of The Glass Menagerie from 1987, I was curious what the critical reception was at the time of its release. I did a quick survey and found a line in the New York Times appraisal that, to me, sums up the strengths and weaknesses of this treatment: critic Janet Maslin describes it as “a serious and respectful adaptation, but never an incendiary one.” Bingo. And that’s a problem when you consider the various emotional, societal and psychological elements at work in the text. TGM, when done right, should be incendiary. Here, it’s sepia-toned.

David Fox: Sepia-toned indeed, though to me at least in some prints, it looks more orange-y than that. I actually saw this in a movie theater when it first opened, and remember remarking to my companion that it looked to be shot through marmalade. Watching it again, I realize it’s subtler than that—really, there are two color palettes. The sepia stands in for memory, while a colder silvery gray marks the framing device, as Tom visits the ruins of their old neighborhood and now-vacant apartment. To me, both are problematic. Today’s world is too explicitly realistic—and, more critically, the marmalade-glazed past is far too sentimental. (Henry Mancini’s sugary score, in place of Paul Bowles‘ wonderful original, amplifies that sentimentality.)

CK: Also complicating matter is the fact that the “contemporary” narration seems to take place in the 1980s—with John Malkovich, as Tom, haunting the blitzed-out, derelict remains of the Wingfield flat—while the memory play itself is situated rightly in the ‘30s. Malkovich’s Tom doesn’t age a day in the ensuing 50 years. Wouldn’t it make more sense, then, to have two different actors playing the role, one in flashback and one as narrator? (This is not a reflection on Malkovich’s performance, which is easily the strongest of the bunch, and which we’ll no doubt discuss at length.) 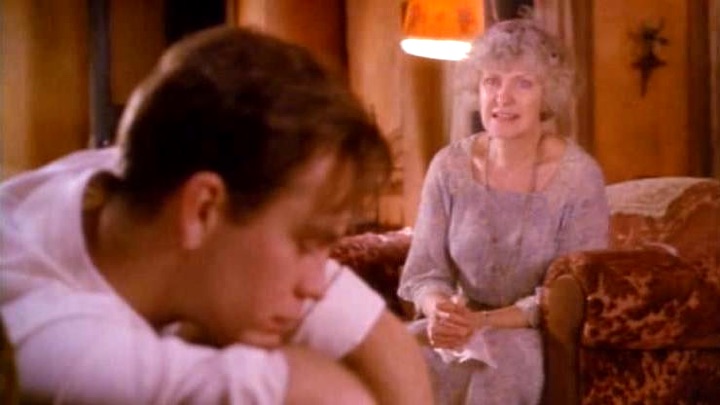 DF: Agreed for sure that Malkovich is this film’s great takeaway for me, which is interesting, given the history of this project. The movie is, as you’ve said, directed by Paul Newman. But it’s based on a stage production that was directed by Nikos Psacharopoulos, which featured mostly the same cast as here—Joanne Woodward (Amanda), Karen Allen (Laura), and James Naughton (Jim). But in the two venues where the show played—the Williamstown Theatre Festival in Massachusetts and Long Wharf Theatre in Connecticut—Tom was played by different actors (John Sayles and Treat Williams, respectively). Both seem interesting to me, but Malkovich is a revelation.

CK: More than any actor I’ve seen on stage or screen, Malkovich communicates the essential ambiguity of the character. He always seems to dole out information on his own terms—to the audience; to his mother and sister; to the Gentleman Caller, who is perhaps his only friend. If you take Tom as an unreliable narrator, and I think you should, Malkovich creates a portrait where the veracity of everything he says is questionable. Also—and I have a feeling this will come up a lot as we continue to discuss the play, and our strong feelings of how certain elements should be interpreted—Malkovich presents a Tom who is clearly queer, without being demonstrably fey.

DF: The ambiguity of TGM that you speak of, Cameron, is to me the aspect that I find most fascinating, and I agree that’s a hallmark of Malkovich’s work. But as you say, one aspect here that is unambiguous is his queerness, which, somewhat ironically, registers here—with a straight actor—in a way it did not with several gay interpreters. A moment that particularly registers here is watching Malkovich on the fire escape, paying only nominal attention to Amanda, as he stares at the nightclub across the alley and almost gyrates. But back to the ambiguity. There are many other questions as well, including the nature of his relationship with Jim… and even more, how he has engineered his escape. Depending on how this is all played, he can be seen as anything from understandably self-protective to unspeakably cruel. Part of the brilliance in Malkovich’s performance is that, while fully inhabiting the character, he also preserves that ambiguity. I have no doubt that this meticulous actor considered and answered all these issues for himself in creating the character. He’s smart enough to leave the audience a bit in the dark, which is brilliantly unsettling. 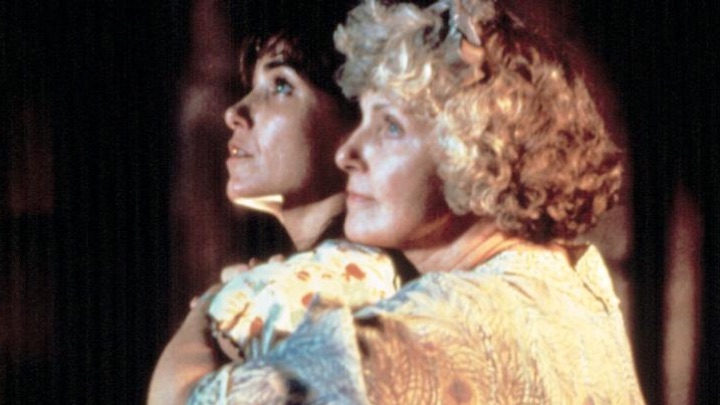 CK: The danger in a performance of Malkovich’s stature is that it casts the deficits of the other actors in a harsh light. Ambiguity is definitely lacking from Woodward’s Amanda—she’s clearly a skilled technician, but it’s hard to imagine her as the queen of Blue Mountain, and she never seems lost in reverie as Amanda should. Likewise, although I appreciate a certain forbearance that Allen brings to Laura, her overall interpretation is rather flat.

DF: Watching Woodward, I kept questioning my own reaction. By any measure, it’s a highly intelligent, thorough performance given by a truly skilled actor. And yet it’s admirable rather than moving or electrifying. Perhaps part of it is that she’s a bit too sturdy for the role, but on the other hand, the monstrousness that can also be part of Amanda’s underpinnings isn’t quite there either. It’s a sort of centrist reading, though she has a few marvelous moments, including a crucial one for me: a heartbreaking moment of triumph in selling a magazine subscription renewal. For me, Allen is pretty much a write-off. This is ambiguity without interest. I don’t know what she’s thinking, and I don’t care.

CK: Allen’s vacuity makes the long scene between Laura and the Gentleman Caller a test of endurance. Naughton is fine, but he strikes me as both too handsome and too old. I think it’s a fundamental misinterpretation for Jim to have movie-star good looks; Naughton comes across like an Arrow Shirt model. I’ve long admired him as an actor on stage, and maybe I’d feel more charitable if he was paired with an actress who gave him more to play against.

DF: I liked Naughton a bit more than you did. Two things struck me positively—I liked the way he delineated Jim’s “power of positive thinking” interest as a kind of false persona; and I also noticed how he watched Tom disapprovingly at the dinner table. But I’ve seen more interesting interpretations of this role… and frankly, more interesting interpretations of TGM than this film.

CK: We’ll consider some of those other interpretations in our next installment. Stay tuned.