In operatic pathology, diseases are endowed with preposterous mythological properties: they are both an emblem of desire and the punishment for desire. They are crime, confessional, and executioner all rolled into one. 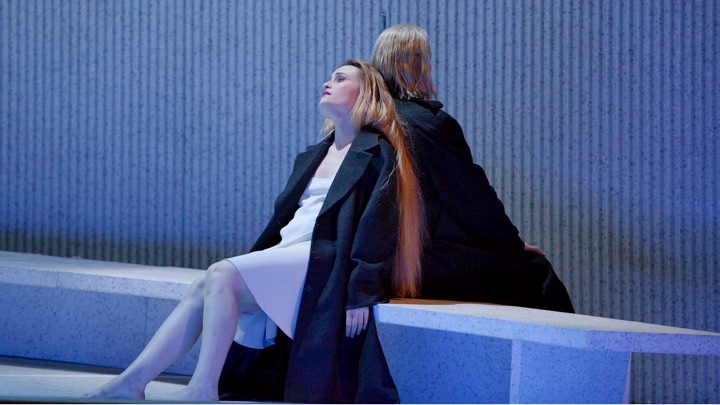 In 1978, Susan Sontag, while undergoing treatment for breast cancer, wrote in her now seminal essay, “Illness as Metaphor”, that “nothing is more punitive than to give a disease a meaning – that meaning being invariably a moralistic one.”

The cultural discourse around disease, she argues, is wrapped in metaphorical language that implicitly blames the victim for their affliction—when we are not lauding disease as punishment for moral decay, we imagine it as a kind of intra-body warfare, body vs virus, in which only the strongest force may triumph. For Sontag, such metaphors obscure the scientific nature of the disease, clouding it in vindictive mythologies that, in their most malicious form, may prevent the patient from receiving sufficient care.

The response to the COVID-19 pandemic has shown just how harmful and shallow such metaphors can be. When the lockdowns began, social media was flooded with countless memes sporting photos of clear skies over china, or dolphins in Venice’s canals, or elephants frolicking in an empty town center—all with the (implied) byline “Nature is healing; We are the virus.”

These memes recast the novel coronavirus as some kind of punishment for the environmental devastation wrought by our globalized, high-waste, high-pollution economy. However sincere the ecological sentiments behind this metaphor might be, it unwittingly suggests that those who have died of the novel coronavirus somehow deserved it, that they must be martyred for the environmental sins of humanity—a ludicrous and vicious insinuation.

The truth is that those who are most at risk of contracting the novel coronavirus are often those who have the least control over the environmental impact of the global economy. Think of those frontline healthcare workers, or those working in essential services: it is unconscionable to paint the risks to their health as a nature’s revenge for the environmental destruction wrought by a handful of industrial magnates, oil barons, and corporate oligarchs—especially given that these plutocrats are now safely holed up in their luxury bunkers.

The most dangerous myth surrounding the novel coronavirus (not so much “illness as metaphor” as “illness as simile”) was the notion that the virus was more or less “like the flu”, a mindset that has now cost innumerable lives. These mythologies, often voiced by politicians and other public figures, only prove Sontag right: plain, scientific language is the safest, most principled way to talk about disease.

It is unsurprising, perhaps, that Sontag turned to opera in her critique of disease metaphor. Discussing the romanticization of tuberculosis in the nineteenth century, Sontag notes that both Mimì and Violetta die from TB after having renounced a heated love affair—their resignation of passion, she argues, is conflated with their resignation to the disease.

This association between love and health, she contends, governs the lives of both heroines: Mimì and Violetta both appear animated when in love, and frail, pale, and wraith-like when stripped of their romantic desire (we might add to this list Antonia, who is afflicted with a strange illness while hidden away from her beloved).

Sontag shows how European elites, spurred on by these operatic depictions of TB, came to associate the disease with passion, with vitality, to the extent that those who suffered from TB were viewed as leading more interesting lives. The demimondaines of the late nineteenth-century would paint their faces to appear pallid and cultivate a slim figure to appear sickly—all so they could take on the fashionable connotations of the disease.

Yet there are moral overtones to Violetta’s suffering. As a courtesan working the ballrooms of Parisian high society, she is afflicted with sudden bouts of weakness; however, sequestered away in Alfredo’s country villa, she shows no signs of illness—it is only when she returns to her life of urban vice (and to the arms of the boorish, gambling, ostensibly loaded Baron) that her disease returns.

Mimì’s life is also subject to the same vicissitudes: it is implied that her short-lived (and unseen) attachment to the Viscount was prompted by economic necessity rather than by love, an act of courtesanship again linked to the exacerbation of her disease. In both cases, the women seem to be “punished” by the disease for their corrupt, hedonistic lifestyles.

Indeed, this has been highlighted in Catherine Clément’s influential monograph Opera; or, the Undoing of Women: that Violetta’s disease seems to act as punishment for her attempts to navigate Germont’s bourgeois world as a “fallen” woman (to quote Clément’s sardonic prose, “prostitution decays, it is rot; but it is terrific manure to fertilize bourgeois lands”).

This conception of disease as punishment is not limited to the tubercular operas. Manon, afflicted by a harrowing combination of exposure, illness and delirium, speaks only of shame and regret as she dies, as if the disease itself forces her into repentance.

More recently, Britten’s Death in Venice reimagines the 1911 cholera epidemic as punishment for Aschenbach’s pederastic desire (“all hail to my beauty” he sings, ad nauseum, as he staggers, enervated, around the piazza). To this list of disease-as-punishment plots, we might add the Oedipus operas of Enescu and Stravinsky, and also Berg’s Lulu, in which the title character contracts an STD as she turns to prostitution.

However, the ne plus ultra of punitive operatic diseases can undoubtedly be found in Parsifal. Amfortas, pierced by the holy spear in the course of a lustful pursuit, is debilitated by a festering, unhealing wound as punishment for his lewd behavior.

Kundry’s disease is life itself: she is doomed to wander the earth—half sleeping, half waking, never dying—for mocking Christ at his crucifixion. The righteousness with which Wagner, one of the most despicable figures in music history, invented chimerical diseases in order to punish these sinners shows just how morally vacuous such illness metaphors can be.

In operatic pathology, diseases are endowed with preposterous mythological properties: they are both an emblem of desire and the punishment for desire. They are crime, confessional, and executioner all rolled into one.

In light of the coronavirus outbreak, all these metaphorical conceptions of disease in opera seem facile, fatuous, even callous. There is no meaning in the coronavirus beyond the cold, brutal truth that people are dying. How, then, can we abide allegorical depictions of illness on the operatic stage? How can we let these onstage illnesses function as the arbiters of operatic morality, as the referees of operatic desire? Indeed, in the wake of this pandemic, is it moral (or even possible) to continue to derive aesthetic pleasure from these operatic diseases?

It is impossible to avoid allegorical depictions of disease in opera: they are baked into these hundred-year-old scores, and, indeed, baked into our cultural consciousness. However, the COVID-19 pandemic might prompt us to approach operatic diseases with a new sensitivity.

In staging disease-themed operas, we must learn to actively resist their metaphorical tendencies. We must present their plots in a way that avoids conflating illness with desire or illness with punishment. In other words, diseases on the operatic stage should be treated with the same scientific neutrality with which we strive to discuss them in real life.

We must treat those operatic characters afflicted by illness with renewed compassion. We must ensure that any aesthetic gratification we receive from their onstage suffering is tempered with a promise that we acknowledge their pain, a promise to watch without judgement, a promise of kindness. We must not patronize Violetta or Mimì with a moralizing gaze, nor gawk at the melodramatic intensity of their passions—we can be saddened, even devastated by their deaths, but we must not ascribe them meaning.

Above all, we must actively undermine the seductive sway of the music—music which seems to romanticize the illnesses it underscores.

And this music is certainly persuasive.

Take the third act of La traviata, for example. Verdi’s score weaves together various threads of musical meaning in order to endow Violetta’s suffering with metaphorical significance. Firstly, the raucous interjection of the offstage partygoers paints her disease as a symptom of (or retribution for) her happy-go-lucky, pleasure-bent lifestyle.

Over the course of the act, her vocal extremes, ranging from ailing pianissimo to full-blown coloratura, sentimentalize her illness, positioning it as the source of excitement, passion, and virtuosity. And finally, an eerie, pulsating figure in the orchestra, which first accompanies “Prendi, quest’è l’immagine” and continues until the final minutes of the opera, evokes the beat of an executioner’s drum, casting her death as corporal punishment.

The Met’s most recent production—a gaudy, ham-fisted take from Michael Mayer—merely exacerbates the allegorizing effects of the score. Mayer positions Germont’s daughter (dressed, of courses, in purest white ) at Violetta’s deathbed, playing into the idea that Violetta’s disease is retribution for her inability to live up to Germont’s bourgeois moral ideal.

Willy Decker‘s elegant, scaled-back production (which the Met foolishly scrapped for Mayer’s) is much more neutral in its treatment of Violetta’s illness. Although the looming clockface initially seems to paint Violetta’s partying as some kind of Freudian death drive, the stage is stripped bare midway through the third act, as if to denounce such a metaphorical conception of Violetta’s death. Violetta dies on an empty stage: her disease is a disease and nothing more.

As a result of this pandemic, opera companies are facing a new level of financial precarity. It is important, then, that they work to ensure their continued relevance, to remain tuned into the cultural zeitgeist. In reimagining operatic depictions of disease, opera companies can take into account the meaningless pain and suffering wrought by this global outbreak and respond to it with tact and compassion.

They can perform a key role in the process of cultural healing which will undoubtedly ensue in the pandemic’s wake. We owe it not only to our audiences—many of whom will have been negatively affected by this pandemic—but also to the operas themselves, which deserve only the most sensitive treatment.