It is interesting to consider how strongly Inge focuses on women (mostly single or widowed) and sex, particularly from his position as a (closeted) gay man. 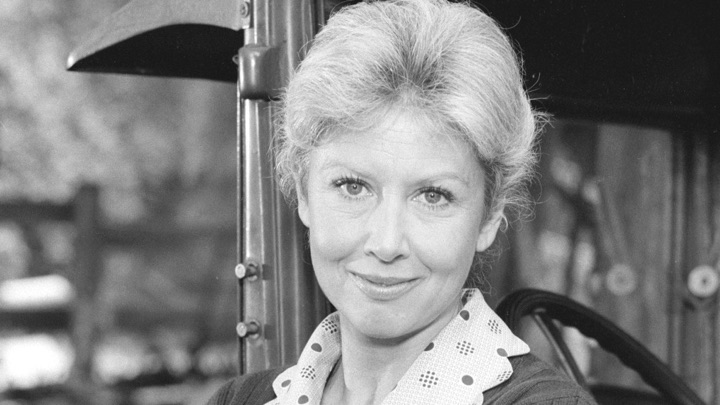 DAVID FOX: Well, Cameron, we are continuing our B-Inge Watch: that is, a survey of the American playwright who once seemed, for better or worse, to be the great follower of Tennessee Williams. And I note that we’re proceeding in chronological order, moving from Come Back, Little Sheba—Inge’s first Broadway play—to Picnic, his second… and probably the play for which he’s most remembered.

CAMERON KELSALL: Picnic won Inge his sole Pulitzer Prize for Drama; the original Broadway production, under Joshua Logan’s Tony-winning direction, featured a Who’s Who of mid-century stage talent (Kim Stanley, Janice Rule, Ralph Meeker, Eileen Heckart and, in his Main Stem debut, Paul Newman.) But that production itself wasn’t a happy experience for the playwright—he succumbed to pressures to soften some of the material’s darker undertones, including an original unhappy ending—and while the play has endured, it hasn’t really achieved the same canonical status of works by Williams or Arthur Miller. Summer Brave, an earlier draft of the play that went unproduced during Inge’s lifetime, closed after a two-week run in New York in 1975. Two subsequent Broadway revivals of Picnic, in 1994 and 2013, were flops.

DF: I’ve only seen Picnic on stage once—as it happens, in the 1986 Los Angeles production at the Ahmanson Theatre that led to this video. I remember it quite vividly and, frankly, mostly negatively. Two excellent performances stood out—Conchata Ferrell as Helen Potts and Dana Hill as Millie—but the rest were not at their level.

CK: The entire original cast of that LA production returned for this taping, which was made for Showtime in the early days of cable content. Although it was clearly filmed on a soundstage rather than before a live audience, it definitely retains a theatrical quality that doesn’t always translate to television.

DF: On stage, the enormous set by John Lee Beatty, then the go-to designer for American realism, felt like a wrong-headed attempt to do something cinematic, and it dwarfed the human elements. Virtually every member of the pretty starry cast got mood-killing entrance applause. I left thinking the whole thing was a bloated piece of historical kitsch, and made a point to skip the video version when it came out.

CK: Now that you’ve seen it, have you revised your opinion?

DF: Watching it now is a happy surprise. The scenic design that looked faux-cinematic on stage paradoxically has a lovely, almost painterly quality on film. More important, some of the performances I rejected on stage are much more persuasive here. Is it the experience gained from the Ahmanson run? The fact that most of these actors are film and especially TV veterans, experienced in scaling a performance for the camera? I don’t know—but whatever the factors, they are much improved. To me, this Picnic works in a way similar to some of the BBC Shakespeare productions of the 1970s and ‘80s: a largely traditional but also compelling way into the play.

CK: Picnic is perhaps my favorite American play, and Marshall W. Mason’s production serves it well. It’s more faithful and complete than the 1955 feature film—an adaptation that certainly has its own virtues but is very much a product of the time and system in which it was created—and I thought similarly that the cast’s television experience likely lent some gravitas to their preserved performances. In particular, Rue McClanahan struck the right note of wry resignation as Flo Owens, the middle-aged mother who fears losing her beautiful and headstrong daughter Madge (Jennifer Jason Leigh) to the handsome drifter Hal Carter (Gregory Harrison). McClanahan seems particularly affecting when she explains to Madge that “a pretty girl doesn’t have long—just a few short years when she’s the equal of kings,” and should thus use her looks to marry above her station.

DF: First, I agree about McClanahan, who is one of the highlights here, and substantially stronger than I recall on stage. Your description also brings home what I think are the two main themes of Picnic that are sometimes at war with each other. One is the romance between Madge and Hal, which frankly has the unsatisfying and overwrought quality of a potboiler. It doesn’t help here that Leigh gives the weakest performance overall, though Harrison is pretty good, I think.

CK: Unlike Sheba, in which the central relationship between Doc and Lola buoys the secondary storylines, Madge and Hal’s affair does feel like a concession to romantic fiction of the time. Of course, not unlike G. B. Shaw in Pygmalion, Inge had no intention of giving them a happy ending until his director overpowered him—a decision he restored in Summer Brave. Overall, Picnic is a true tapestry of storytelling, and theirs is the least interesting panel.

DF: The secondary theme to me is far more interesting—Picnic as a multi-generational community of women who are simultaneously fixated on and stymied by sex. Somewhere in the middle of watching this, I was struck by a similarity in that sense to Garcia Lorca’s The House of Bernarda Alba, which had arrived on Broadway a few years before Picnic, and which coincidentally also starred Stanley, an actress who created three roles for Inge (including Millie, the younger sister in Picnic). To me, the most powerful writing here is in the conversation among the female characters.

CK: Both Picnic and Bernarda Alba consider female sexual repression, but to me, the similarities stop there. This is largely because both works are so indebted to the societies in which they were created. I don’t see Lorca’s Catholic point of view or the steely hand of authoritarian repression in Inge’s depiction of the Midwest. And while Lorca’s style relies heavily on symbolism and poetic language, Inge strikes me as working deeply in an American realist tradition, maybe even more so than his contemporaries. But I think it is interesting to consider how strongly Inge focuses on women (mostly single or widowed) and sex, particularly from his position as a (closeted) gay man.

DF: Well, for sure Lorca and Inge are writing in different milieus. The more common comparison here, as your comments above suggest, would be to Tennessee Williams, to whom Inge acknowledged a debt. (The gaggle of school teachers who arrive in the middle of Picnic bear more than a passing resemblance to Bessie and Flora, the convention-followers in The Rose Tattoo.) But Inge certainly has his own very personal insights, particularly into female characters. I’m not always persuaded by them—I think there are undercurrents of misogyny here that make some of his plays difficult to produce now. But they are heartfelt for sure.

CK: I can certainly see misogyny and hysteria in school teacher Rosemary Sydney’s protestations for her beau, Howard Bevins, to marry her and take her away from her life of lonely toil—though I don’t think it has to be that way. In a 2017 Off-Broadway revival that I found incredibly moving, the brilliant Emily Skinner handled the moment with dignity and grace, no whimpering or tears to be found. It seemed icky here, perhaps because (to me, at least) Michael Learned gave a consistently weak performance, overwrought and unlikeable throughout. And Dick Van Patten, as Howard, ladles on the schtick, even in what are meant to be reflective moments.

DF: I admire Learned here more than you do, I think—though that may be largely a reaction to how much less I liked her on stage. But she and Van Patten are very much in different worlds, which also speaks to a more general issue with Inge. Like Chekhov, a number of the plays are classified as comedies, though the tone veers across a very wide spectrum. And also, as with Chekhov, I’ve virtually never seen a production that manages the blend consistently and cohesively. I think Picnic would benefit from a really bold rethinking. One might have expected that from Sam Gold‘s 2013 Broadway revival, but I gather that’s not how it played out?

CK: Actually, for all Gold’s bona fides as a forward-thinking director of new works, I’ve consistently found his revivals—not just Picnic, but also Look Back in Anger and The Real Thing—rather bland and by-the-numbers. I made the connection, too, to Chekhov and the eternal question of what “comedy” means in this kind of situation. I actually think Mason manages the tone better than most, particularly in the final scene. I’m always struck by the concluding dialogue between Flo and Mrs. Potts, after Madge has run off to join Hal in Tulsa:

FLO: Should I have stopped her, Helen?

HELEN: Could anyone have stopped you, Flo?

FLO: There are so many things I wanted to tell her.

HELEN: Well, just let her learn them for herself.

CK: Too often this moment is played for pathos—bathos, really—but McClanahan and Ferrell find an element of dry humor in it. It’s not the end of the world. It’s the cycle of youth repeating itself, as it always does. Since youth—its bloom and loss, in equal measures—is another major theme of the play, it feels just right.

DF: Yes, I think the end of the Mason production is one of its strongest moments—and a suitable finish to what has generally been a gripping production. To get back to a much earlier point—even though I would like to see a re-conceptualized Picnic, there’s real value in a production like this one that invigorates without reinventing. We can see the power in Inge’s writing. I also want to say one last word about the two performances that I thought were strongest on stage, and at least equally good here. Ferrell is marvelously relaxed and real. Hill, an actress whose physical struggle with diabetes cut her life and career tragically short, is virtually unbetterable as Millie, awkwardly poised on the brink between tomboy-ish childhood and becoming a woman. She’s funny and heartbreaking—as Picnic itself should be.