This was Sebastian’s garden

There’s no way for any production of Suddenly Last Summer to completely avoid at least a whiff of camp. 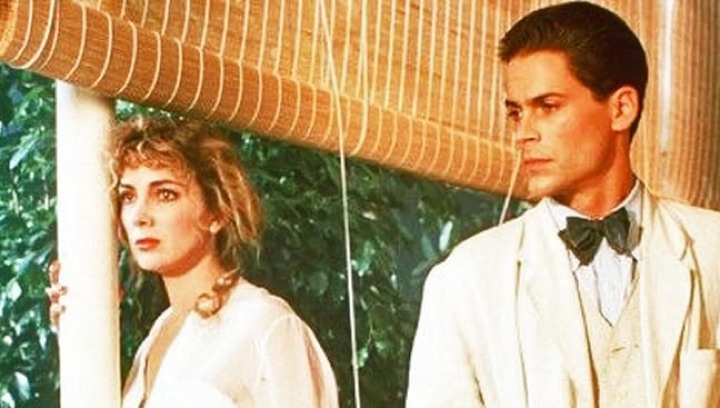 Cameron Kelsall: Another day, another play—on video, at least. Coincidentally, the next work in our rotation once again has us considering a BBC production, directed by Richard Eyre, of a non-native playwright. In this case, it’s Tennessee Williams’ Suddenly Last Summer, with Dame Maggie Smith, Natasha Richardson and Rob Lowe leading the cast. Among the Williams canon, I find this slim but effective one-act particularly hard to do just right—the balance between lyricism, melodrama and grand guignol is often on a razor’s edge—and for the most part, the Brits triumph.

David Fox: Cameron, as you know so well, I’m a rabid Williams fan; I’ll defend even the later works. But for sure, SLS requires an explanation. I wrote this about it 20 years ago, and it still captures my feelings: “As with so much of Williams, there are flashes of poetic insight that astonish us. On this level, SLS extends our understanding of his earlier (and better) plays. It’s a world of weak, self-denying homosexual men and the women they turn to for salvation (who, in turn, become monsters of sexuality), and of failing artists and predatory family members desperate to escape the truth. It’s not pretty, this compendium of images, but it’s soul-piercingly vivid.”

CK: That’s a fair appraisal of the play’s strengths and weaknesses.

DF: But SLS is also an impossibly difficult play to bring off, with its tone that veers between naturalism and the surreal, and its monumental emotional scale. My two live experiences of the play–one by a small company in Philly, the other a star-studded version at Circle in the Square—were roller-coaster rides with a few aspects that worked, and others (Elizabeth Ashley as Violet Venable) that exacerbated the script’s flaws. I approached this BBC version with trepidation, but I agree that, for the most part, it’s superb.

CK: At first, I was concerned that Eyre would steer the work in the direction of parody. The opening moments are awash in the ominous underscoring of predatory insects and vaguely tropical music. Smith, as Mrs. Venable, takes a languorous approach to her dialogue—in her mouth, the word “Encantadas” has about twelve syllables. But soon, I fell under the spell of her careful calibrated performance, at once playful and forbidding, and of Eyre’s mise-en-scene. The proceedings certainly benefits from a top-notch Bob Crowley set that transports the viewer into the heart of the Garden District.

DF: Look, there’s no way for any production of SLS to completely avoid at least a whiff of camp. Not with lines like this, for Violet: “Keep her still there! She babbles! They couldn’t shut her up in Cabeza del Lobo or at the clinic in Paris…. On the Berengaria bringing her back to the States she broke out of her stateroom and babbled, babbled!” I mean….

CK: Not exactly on the level of, “I have always depended upon the kindness of strangers,” is it?

DF: That, my friend, is an understatement—something SLS is not notable for. And Eyre does deliver one moment of absolutely priceless camp that had me laughing out loud: Violet’s entrance into the Big Confrontation, which has her arriving via a Lady in a Cage-style elevator, filmed from below, with an almost horror movie-ish soundtrack.

CK: The production isn’t lacking a certain camp sensibility—you couldn’t do SLS without one. But sometimes that’s all you get. I think the reason we responded so strongly here is that Eyre treats much of the material with a serious, intuitive eye that, in turn, elevates it.

DF: Agreed. I’d say some camp is called for. But the core human story here is treated with compassion and thoughtfulness. Frankly, I worried about Maggie Smith—as we all know, she can be absolutely brilliant, but to me she can also be guilty of mugging and winking at the material. Here, she mostly underplays, to devastating effect—and her ease with the Southern-ness is astonishing.

CK: Indeed. More than ever, I felt Mrs. Venable’s pain at the loss of her son on an intimate, almost psychic level. It often seems like she regards Sebastian as a treasured possession, but Smith foregrounds the maternal anguish in a raw, human way. Her interpretation is refreshingly light on gorgonism.

DF: But I also think she doesn’t shy away from Violet’s fundamental narcissism—that Sebastian’s death also kills her self-deluded sense of youth. It’s a remarkable performance in being simultaneously appealing and repellant.

CK: And Richardson, at the height of her beauty, is every bit Smith’s equal. Like Smith, her Catharine is fully aware of the power she wields, which makes for a fair fight between them.

DF: The scenes between them are certainly done as well here asI’ve ever seen–honestly, it’s difficult to imagine a production that would equal it. If only the male side were as well taken. Alas, Lowe, as Dr. Sugar, is merely a handsome cipher, suggesting none of the moral ambiguity that character needs.

CK: I agree the character is more interesting than Lowe plays him, but have you ever seen anyone effective in the role? (I would include Montgomery Clift in the 1959 feature film.) The actors I’ve seen mostly treat the part as someone who nods and lights cigarettes.

DF: I really liked Victor Slezak in the Circle production—he’s an actor who often conveys an undercurrent of sleaziness, which was just right here.

CK: This version does benefit from colorful acting in the supporting cast—especially a young Richard E. Grant as Catharine’s social-climbing brother and Moira Redmond as her beleaguered mother.

DF: I liked both of them a lot, as well as Rosaleen Linehan as the nun—it’s sort of a throw-away part, but she makes something of it, and again wisely avoids too much camp.

CK: I think the lesson here—as in other productions of lesser (for lack of a better term) works in the Williams canon—is that if you treat the material seriously, and put together a strong team, the work’s value becomes undeniably apparent. I’m not going to argue that everything the playwright wrote in his long career equals the early successes of Streetcar, The Glass Menagerie or Cat on a Hot Tin Roof. But I’m often taken with the beauty of his language, and the compassion he shows toward his wounded and world-weary characters, even when the play itself is regarded as second-rate. I’d love to see more serious consideration of his later body of work on the level of this adaptation.

DF: Amen to that.