To opera denizens, Terrence McNally is probably best known for Master Class, a fictionalized account of Maria Callas’s 1970s Juilliard master classes, which was a surprise hit on Broadway in the 1990s. 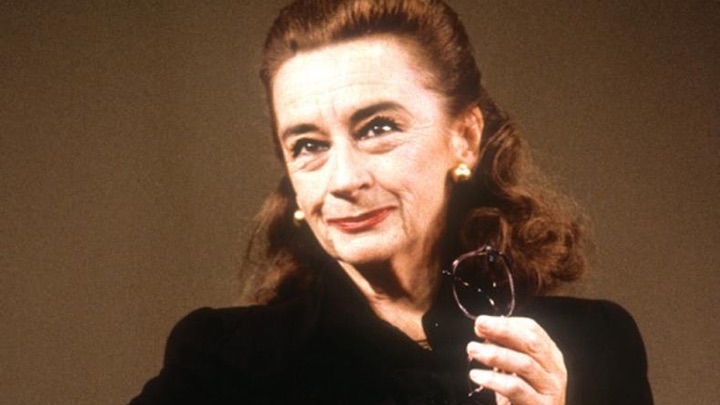 Cameron Kelsall: Terrence McNally died on March 24, at age 81, of Coronavirus complications. He wrote more than 30 plays over a career that spanned nearly 60 years, winning five Tony Awards along the way.

But to opera denizens, he’s probably best known for Master Class, a fictionalized account of Maria Callas’s 1970s Juilliard master classes, which was a surprise hit on Broadway in the 1990s. The original production ran for 600 performances, earning the 1996 Tony for Best Play.

Many legendary actresses have played Callas since the play’s premiere, from Zoe Caldwell (the role’s originator) to Fanny Ardent (in a Paris production, directed by Roman Polanski) to Tyne Daly (in a 2011 Broadway revival that eventually traveled to London).

David Fox: A prolific and estimable career for sure — and one that’s of particular interest to opera lovers. I’ve also noted many comments both public and private about what an extraordinary friend and mentor he was to other artists. I should probably just stop there, rather than insert a likely unwelcome negative note.

Still (deep breath) I wish I liked the opera-based plays more. It’s not a question of McNally not knowing his stuff — clearly, he does — it’s more that, to me, there’s often a level of melodramatic contrivance that reinforces negative clichés; and frankly, nowhere more so than in Master Class, where his portrayal of Callas is far less complex, nuanced and interesting than what we actually saw in those Juilliard sessions.

On one hand, McNally seems to be writing for those with inside knowledge. But I also wonder if he wasn’t trying for a piece that would resonate with larger audiences?

CK: Well, film adaptations have long been rumored, but none have come to fruition. For years, it was said that Faye Dunaway — who appeared in the first national tour of the play in 1996-97 — held the rights, with the intention of directing and starring in her own adaptation. In 2014, it was announced that Meryl Streep would star in a version for HBO, to be directed by Mike Nichols. But Nichols died of a heart attack the week the project was set to go into production, and the film was never made.

DF: Just the names you’ve evoked already — Caldwell, Daly, Dunaway, Streep — captures what for me is the truly irresistible element of Master Class: diva playing diva. Actresses d’une certaine age certainly recognize that it’s a great part, and an opportunity to show their chops. If only more of them left behind souvenirs!

CK: What does survive — available for all to watch on YouTube — are three generous press reels of B-roll from the Broadway production and national tour.

CK: In a remembrance of Caldwell published just three weeks before his own death, McNally described the legendary Australian-American actress (who passed away on February 16 of this year) as “a muse since [my] first encounter with her unparalleled brilliance.”

Watching her as Callas, it’s easy to understand why. Physically, she’s all wrong: not especially glamorous, too small and too old (the sad poignancy of the Callas master classes comes from the fact that they happened at a point when she should have been engaged in an active career, not in her dotage).

But in a way that great performers can, she becomes her subject, and we suspend our disbelief. She’s refreshingly earthy, and she values understatement — she knows exactly when to throw a line away. (Listen to the way she describes Joan Sutherland’s stage deportment as Lucia di Lammermoor and you’ll know what I mean.) I doubt her performance has ever been equaled.

DF: Caldwell was my first of two Master Class Callases, and even though my reservations about the play were clear from the start, she blew me away. I agree with everything you say about her. Among the three performers we have here (and several others I can think of), she’s probably the furthest from Callas, both physically and temperamentally.

In addition to the age and looks, she doesn’t capture the accent, which famously veers from Brooklyn to Greece to Paris to some imagined idea of Anglo-American “cultured.” It matters because in some fundamental way, it embodies the real Callas — sophisticated beyond measure at one moment, crude at another.

That crudeness is largely absent here. But Caldwell is not a mimic; she’s an actor, and a brilliant one. What she brings out here is deeper and more important. In what I’m sorry to say is my only experience of her live in theater, I found her absolutely electrifying.

CK: LuPone has been a polarizing figure since the first moments of her career. Master Class was her return to Broadway after a particularly high-profile disaster: her dismissal from Sunset Boulevard prior to its New York engagement. Based on the filmed evidence, it’s not a joyous homecoming.

Her matronly appearance suggests a Woodmere housewife who’s late for a nail appointment. She treats the material like she’s auditioning to play Carmela Soprano. She never says a line if she can shout it. In Callas’ first speech, she says that “[s]inging is about projection. So is speech.” Ironically, LuPone’s legendarily poor diction has never been worse.

DF: Caldwell was my first live Master Class Maria. My second and last was (crosses self three times and spits on floor) Miss P*tti L*P*ne, an experience that could hardly have been more Waiting for Guffman-esque.

Watching this brought it all back, starting with campy, sashaying entrance that might be a study in what-is-she-thinking? community theater hijinks. What’s frustrating is that LuPone really ought to be right for it, including that she is, in fact, a singer. But while Caldwell misses the streak of coarseness, LuPone offers nothing but. And she simply doesn’t have the acting skills. Caldwell throws away the jokes; LuPone kicks them as though they were tires on a used truck. (OK, I’ll shut up now.)

CK: Dunaway doesn’t approach the nuance that Caldwell brought to the role, but she displays a finely honed technique — it’s easy to forget, amongst tabloid fodder, that she is rightly considered one of the greats of her generation. To me, the most notable aspect of her performance is how she balances Callas’ carefully constructed public persona and her tough, working-class past, which flickers out in moments when she’s annoyed or challenged. It’s a smart take on the role, and she’s also genuinely funny a lot of the time.

DF: I remember this tour, which I skipped — in part, because I thought two exposures to the play were quite enough, but also because Dunaway’s post-Mommie Dearest meltdown was already in progress. Now, I wish I’d gone.

On this evidence, she has a lot to offer, and among this group, is for me the closest to the actual Callas in terms of physicality and personality. Dunaway is thoughtful, engaged with the material and the other actors, and finds her own way with the material. A happy surprise. And Cameron, I look forward to revisiting this with you in 2035, when we’ll consider the Master Class Marias of Vanessa Hudgens and Lea Michele.

CK: In the meantime — feel free to add your impressions or memories of Master Class, McNally and these performances in the comments.