“Trove Thursday” presents a complete Prodanà Nevesta (aka Die Verkaufte Braut, of course) by Smetana plus extended excerpts from a broadcast of Spontini’s La Vestale in its rarely heard original French version. 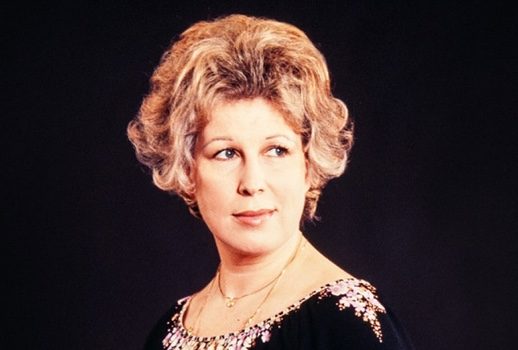 Gundula Janowitz turns 82 tomorrow so “Trove Thursday” celebrates one of my favorite singers with a pair of novelties: a complete Prodanà Nevesta (aka Die Verkaufte Braut, of course) by Smetana plus extended excerpts from a broadcast of Spontini’s La Vestale in its rarely heard original French version.

The very first opera recording I owned was an LP of highlights from the Otto Klemperer Die Zauberflöte and it made me a lifelong fan of both Janowitz and Lucia Popp. Only years later would I learn that both singers are rather polarizing and while I do understand that some may find Janowitz cold and steely usually I’m completely seduced.

The second essential Janowitz performance I discovered was the remarkable Haydn Die Schöpfung under Herbert von Karajan which remains one of greatest recordings of anything ever.

I eventually heard on the radio—for the very first time—Strauss’s Vier Letzte Lieder, with Janowitz again collaborating with Karajan and as soon as I could I bought that LP and pretty much wore it out. I think I played side 2 just once though! Their version remains one of my essentials along with Jessye Norman’s and Lisa Della Casa’s.

The absence of the delightful Bartered Bride from opera houses in the US and many parts of Europe continues to mystify me. It remains though a staple in the Czech Republic and is still occasionally produced in German translation as it was last season at the Bavarian State Opera.

I was surprised to discover Smetana’s opera has had over 80 performances at the Met. What one wouldn’t give to have attended its first performance there in 1909—in German—conducted by Gustav Mahler with Emmy Destinn as Marenka. There were three radio broadcasts in the 1930s but unfortunately the first in 1933 with Elisabeth Rethberg and led by Artur Bodansky hasn’t survived.

One imagines the 1978 revival with Teresa Stratas, Nicolai Gedda, Jon Vickers and Martti Talvela would have reversed the work’s fortunes not only at the Met but throughout the US but that didn’t happen. Bride then had to wait almost 20 years for a Met revival. As often happened, Stratas bailed out just before the opening but I remember Gwynne Geyer being a lovely substitute.

During this past decade there were rumors that the Met would do Bartered Bride again. There was a “tryout” at Juilliard in a spare production by Stephen Wadsworth with choreography by Benjamin Millepied and a new English translation. I attended one of the three shows and it was wonderful and probably the best I’ve heard so far from Layla Claire and Paul Appleby but unfortunately the transfer to the “big house” across the plaza never happened.

In its nearly four years “Trove Thursday” has avoided repeating operas but there’s an exception today for the Spontini. A performance in the more commonly performed Italian version starring Renata Scotto was one of the first works posted here, but today’s excerpts are in the opera’s original language and feature Janowitz in a most atypical role.

Janowitz’s Julia also serves as a preview of a new French Vestale being mounted at the Theater an der Wien in November starring Elza van den Heever and Michael Spyres.

Both the Smetana and the Spontini can be downloaded by clicking on the icon of a square with an arrow pointing downward on the audio player above and the resulting mp3 files will appear in your download directory.

In addition, more than 250 other podcast tracks are always available from iTunes for free, or via any RSS reader. The archive which lists all “Trove Thursday” offerings in alphabetical order by composer has been updated this month.