Mad about the Prey 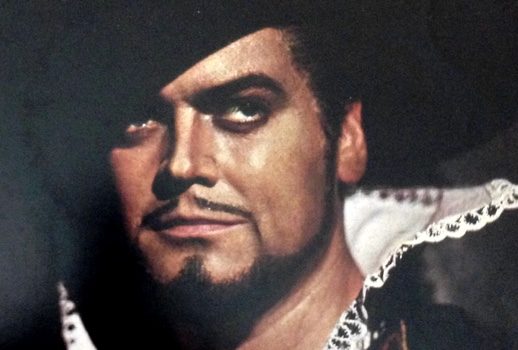 When Peter Sellars was making a first stab at his Harlem Don Giovanni (the one which did feature Lorraine Hunt’s Elvira-cum-Madonna but not the Perry twins as the Don and Leporello), I caught a number of related events at the 1987 PepsiCo Summerfare including Tirso de Molina’s early 17th century play El burlador de Sevilla y convidado de Piedra,

This piece is usually considered the first work to feature the archetypal seducer Don Juan; it was fascinating as a precursor but not especially memorable otherwise. Molière’s more familiar version followed in 1685.

Pushkin’s short verse play The Stone Guest from 1830 formed the basis for perhaps the only subsequent Don Juan opera to gain much of a place in the repertoire. Alexander Dargomyzhskyset the Pushkin virtually word-for-word for his version which appeared in 1872.

That Don Juan setting wasn’t the composer’s only “also-ran”: he premiered a Rusalka in 1856, but it was eventually eclipsed by Dvorak’s, which arrived at the beginning of the next century. I don’t yet know the Dargomyzhsky Rusalka but I’m told it’s wonderful.

Mozart’s Don Giovanni here is the usual combined Vienna/Prague edition which includes both of Ottavio’s arias and Elvira’s “Mi tradì” but excludes the so-called “shaving duet” which I’ve only heard in one production—both incarnations of the Sellars—and which I quite like.

This Paris performance may be most notable for two veteran Mozarteans in roles they didn’t do very often. Janowitz, as Carol Vaness also did, was long a noted Anna who took on Elvira later in her career. In addition to this staging she also sang a few performances of the role in Vienna where Prey too took on the Don for four dates in the mid-1980s.

Donna Anna was one of the best things I heard Studer do during her briefish Met stint in the late 80s-early 90s, and Winbergh held his own in probably the best Don Giovanni I’ve ever seen.

When Don Giovanni returns to the Met next Wednesday in the unloved Michael Grandage production it will feature four company debuts: conductor Cornelius Meister and Federica Lombardi, Aida Garifullina and Stanislas de Barbeyrac as Elvira, Zerlina and Ottavio.

In addition, Rachel Willis-Sørensen and Luca Pisaroni (a veteran Leporello) will be performing their first local Anna and Giovanni.

Don Giovanni can be downloaded by clicking on the icon of a square with an arrow pointing downward on the audio player and the resulting mp3 file will appear in your download directory.

Over 200 other podcast tracks are always available from iTunes for free, or via any RSS reader. A newly published archive lists all “Trove Thursday” offerings in alphabetical order by composer.