Once again we got a very frustrating performance of Orlando; this time a beautiful and completely coherent production marred by some sub-optimal singing. 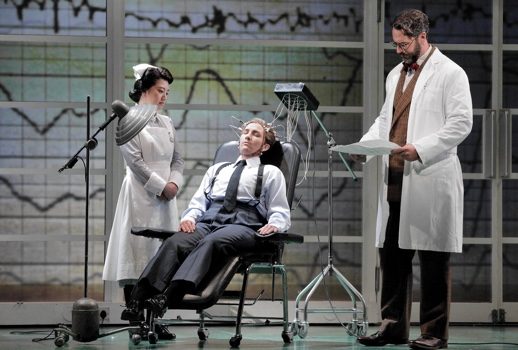 Just a couple of weeks ago I reported here on a performance of Handel’s Orlando from Theater an der Wien, a musically glorious show marred by, in my opinion, Claus Guth’s incoherent staging. Since I made a reference to Harry Fehr’s production there and both performances are still fresh in my mind, please allow me the indulgence of using that review as reference point in reviewing San Francisco Opera’s new production of Orlando (the first in 34 years) that opened on Sunday.

As mentioned before, Fehr envisioned the title character as a traumatized ‘40s RAF pilot stuck in a wartime hospital and Zoroaster was his psychiatrist who prescribes electroconvulsive therapy. In the detailed note on the program, the director specified his motivation and described each character even further.

The idea of taking this piece, which is so vague in its indication of time and place, and locating it somewhere absolutely specific appealed to me. Researching the history of mental illness and its treatment, I learnt that the 1930s was a period of great experimentation in this field. And by the end of that decade, of course, Europe had been plunged into war. This struck me as the ideal context in which to place this narrative.

As I researched further, it became apparent what further choices I should make to achieve the specificity I wanted. It is Britain in the early autumn of 1940. Orlando is a Royal Air Force pilot, a vital asset to the military while the Battle of Britain is raging. Zoroastro, perhaps a Jewish refugee from continental Europe, is a military doctor, seeking a cure to get the love-struck flying ace back into the sky. The scandal of King Edward VIII’s abdication to marry the American divorcée Wallis Simpson is a recent example of how love leads to dereliction of duty.

Medoro, meanwhile, is a soldier recently evacuated from Dunkirk, recuperating under the care of the young nurse Dorinda. Angelica, who talks frequently of returning to her homeland, is an American, at a time when America was still neutral. She has encountered Medoro on his arrival back in Britain from Dunkirk, and fallen in love with him. Very wealthy, she is paying for him to have the best private care money can buy. These five characters will encounter each other in a military hospital based, in fact, on a real hospital which was opened in 1933, and which still stands in West London.

It was clear from above that Fehr’s ideas were well thought out and well researched; and I was glad to see that he stuck to it consistently throughout the show, creating a truly coherent staging. That was very refreshing to see, as too many great reinvention ideas got lost in translation as the directors lost sight of his visions.

Fehr also admitted to make small textual adjustments, which I caught in one of the recitatives, “to fit the circumstances of this performance.”

Fehr brought the outdoor setting of Orlando inside, realized in simplicity by production designer Yannis Thavoris. The whole set was basically a series of hospital doors on top of a turntable; one side it was the hallway and the other the hospital ward. Those dual stages, combined with beautiful bright lighting from Tim van ‘t Hof and Andrzej Goulding’s projections, worked extremely well to tell the story without any lagging. In a way, they really followed the cardinal rule of theater staging: K-I-S-S (Keep It Simple, Stupid)!

The last time San Francisco Opera presented Orlando, it was a vehicle for the legendary mezzo-soprano Marilyn Horne. In fact, the format of the current presentation exactly followed that previous staging, with its mezzo-soprano title role and a countertenor Medoro.

The program for this performance also included an article titled Marilyn Horne: Orlando’s Champion by SF Opera’s Senior Communications Manager Jeffery S. McMillan. That article included one very telling quote from the great lady herself: “This is going to sound blasphemous, but I preferred doing Orlando Furioso to Orlando. Even though it was quite successful, I was never quite happy with Orlando because it is a little low, even for me. If I were doing it today, I might move it up.”

That quote in a way highlighted why despite Fehr’s best efforts, the performance on last Sunday failed big time; it was purely because the Orlando of mezzo-soprano Sasha Cooke! She was completely miscast in the title role, and she brought down the whole performance with her!

It was really painful for me to say that, as I truly adore Ms. Cooke. Over the years, I had seen her moving from one strength to another; from the devastating Das Lied von der Erde with MTT at SF Symphony, to star turns at both SF Opera’s Les Troyens and Die Meistersinger von Nürnberg, and title trouser role at LA Opera’s Hänsel und Gretel. 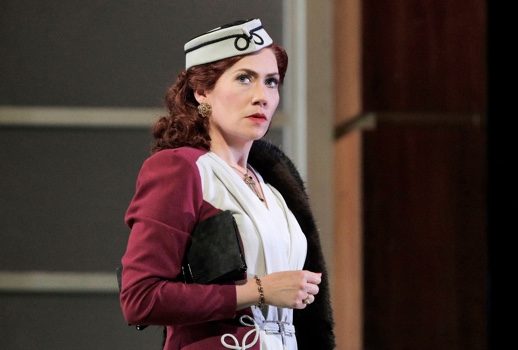 I truly hope this was just a small blip in her otherwise spotless career (She is scheduled to sing Hänsel again in the fall here, and in the summer she will sing Mrs. Jobs in Mason Bates’ The (R)Evolution of Steve Jobs.

Any performances of Orlando depends almost single-handedly on whoever sings the title role, particularly during the second act, in which Orlando goes mad and churns out not just one, but two mad scenes! His madness continues in Act 3, with his suicide aria, before he is cured by Zoroastro. Those three scenes, essential to the story, needed to be sung with great conviction and acting to make the whole opera matter.

Cooke, who in my opinion has a higher tessitura than Horne, darkened her voice considerably and she was totally convincing acting as a man, but her volume was seriously lacking and didn’t project well at the War Memorial. I had the misfortune of listening to her attempt of the great mad scene that concluded Act 2, “Ah! Stigie larve” from the back of the orchestra section, and from there it almost sounded like nobody was singing! That was truly unfortunate, as it was the pivotal point of the opera!

Cooke wasn’t the only problematic cast in this performance. When Handel adapted Carlo Sigismondo Capece’s Orlando ovvero La gelosa pazziafor this opera, he introduced a new character, the magician Zoroastro.

As described in the amazing pre-opera talk by Kip Cranna, Zoroastro was added not only to show off the magical effects that Handel’s theater could produce, but also because Handel had an amazing bass at his disposal, Antonio Montagnana, who was famous for his command of a low tessitura and  a vocal range of more than two octaves. As a result, Zoroaster was equipped with arias of considerably beauty, including my favorite Handel’s aria for bass, “Lascia amor”.

Bass-baritone Christian Van Horn, another singer that I generally liked, had the right commanding presence as Zoroastro, and his voice boomed from the stage. However, he didn’t really have Zoroastro’s low notes, and they sounded extremely weak. In addition, he was visibly struggling with Zoroastro’s coloratura passages, resulting in rather choppy delivery.

However, I was happy to report that the rest delivered. I was most impressed with Austrian soprano Christina Gansch that made US debut as Dorinda. Personally, I think as a character Dorinda tended to be a scene-stealer, particularly because Handel himself seemed to designate her to be a comic relief, equipped her with lighter-than-air arias that were are appealing to the audience and he positioned Dorinda as the most forgiving character of the opera.

With her bright lyrical soprano voice and great comic timing, Gansch milked everything out from the score, and she presented a wholesome persona for Dorinda as a nurse with the heart of gold! Gansch had no problems navigating Dorinda’s many coloratura passages, particularly in the Act 3 breezy showstopper, “Amore è qual vento”. 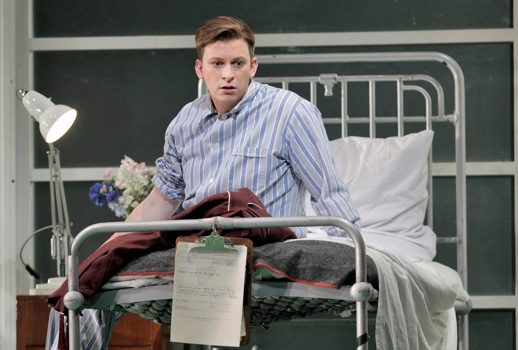 As the lucky one with the ladies, Medoro, young countertenor Aryeh Nussbaum Cohen– currently second-year Adler Fellow – was brought in to replace David Daniels. After the star-making turn as David in Philharmonia Baroque concert of Handel’sSaul two months ago, there seemed to be nothing stopping Cohen in the Bay area.

In a very telling interview with Mercury News, Cohen called Medoro his dream role, as it “fits my voice so perfectly. It’s right in my comfort zone.” The performance did show how at ease he was singing Medoro, particularly in the heartbreaking parting aria “Verdi allori” in Act 2, that generated thunderous applause.

However, I found his characterization rather bland, marked by unconvincing limping and even wrong use of his cane at one point. Nevertheless, this was an auspicious success for him, and I’m pretty sure we will see him more growing in the future!

As the wealthy American and object of Orlando’s obsession, Angelica, Heidi Stober looked like a million bucks and sounded glorious. Angelica here also was made to look much older than Cohen’s Medoro, so theirs was a May-December romance, consistent with Fehr’s vision. Interestingly, unlike the Vienna Orlando, this Angelica never seemed to care for Orlando at all; that fact alone should have driven Orlando mad, but it was what it was.

There was no mention whether or not they were playing on period instruments either in the program and at the website, but to my ears they did sound like one, very different from the orchestra’s usual sound. As noted earlier, the orchestra did however drown the singers at times unfortunately, particularly Cooke.

In conclusion, once again we got a very frustrating performance of Orlando; this time a beautiful and completely coherent production marred by sub-optimal singing. My quest for the perfect Orlando continues.