The quality of mercy 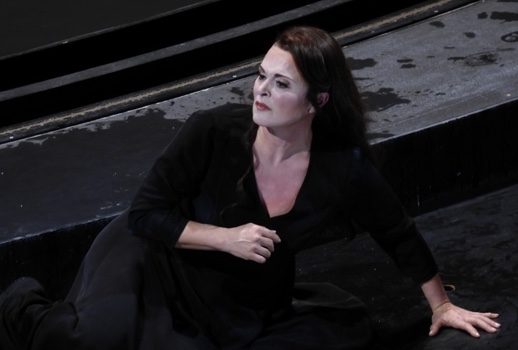 Clemenza had to wait until 1984 to make its Met debut; when I saw it there a month after its opening my wonderful cast was completely different from the premiere’s: Carol Vaness, Tatiana Troyanos (who had canceled the first night), Ann Murray, Hei-Kyung Hong (in only her third Met performance), John Alexander and Julian Robbins.

Since then I’ve attended a number of outstanding Clemenzas there although the last one was the least impressive.

In 2012, Garanca sang her last-ever run of Sesto but, unfortunately, she was partnered by Barbara Frittoli’s worn and effortful Vitellia. How much better if the house had instead engaged the fiery Antonacci, but the still-active Italian soprano seems destined for inclusion on the Met’s long list of those who got away.

I have a vague recollection that Kuhn was not the originally scheduled conductor for this Paris performance. Was the first protested by the orchestra and replaced?

Baker controversially took on the part of Vitellia at Covent Garden in the mid-1970s when conventional wisdom suggested that her true part was Sesto. Her assumption of the villainous would-be empress was widely judged to be successful but many still wished she had foregone skirts for trousers.

However, she did once perform Sesto: for a BBC broadcast in 1967 opposite her frequent collaborator Heather Harper as Vitellia. Twenty years later, Baker sang “Parto, parto” the first time I heard her live and even by 1987 it was expectedly thrilling—her coloratura passages at the end were positively electrifying.

Although one might normally associate Sutherland with a single Mozart role—Donna Anna in Don Giovanni which she recorded twice—she sang a number of others including three in Die Zauberflöte alone—the First Lady was her debut with the Royal Opera with whom she also performed Pamina followed by a controversial Queen of the Night under Otto Klemperer in 1962.

In the 50s she also did the Countess as well as Mme Herz in Der Schauspieldirektor but unfortunately she never touched Konstanze; her “Marten aller arten” from The Art of Prima Donna collection remains one of my very favorite versions.

Her sole Vitellia from a 1956 BBC broadcast can be rather drippy when one considers some of the more fire-breathing interpretations we’ve heard in recent decades. She did much later take on Elettra in Idomeneo and showed a bit more temperament.

Clemenza along with the Baker and Sutherland clipscan be downloaded by clicking on the icon of a square with an arrow pointing downward on the audio player above and the resulting mp3 files will appear in your download directory.