“Trove Thursday” offers a recent broadcast of one of his best-known but rarely performed operas, Il Mitridate Eupatore. 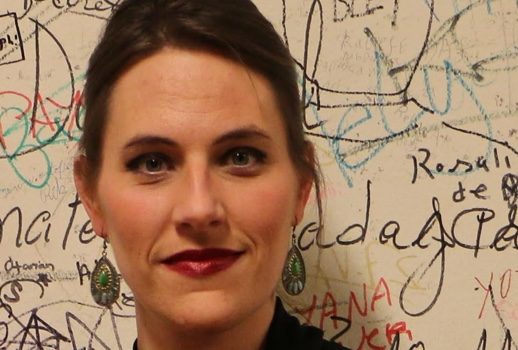 The most surprising production of the New Year may be that of Scarlatti’s retelling of the story of Cain and Abel in Paris by the Italian director Romeo Castellucci who was responsible for the controversial “I won’t dance, don’t ask me” Salome last summer in Salzburg.

It will be led by René Jacobs who recorded this Scarlatti work over 20 years ago with Bernarda Fink, Dorothea Röschmann and Richard Croft; the countertenor-turned-conductor also immodestly cast himself in it as the Voce di Dio.

But Caino (as the work is also sometimes known) is an oratorio by a composer who wrote at least 66 operas, most of which remain ignored despite the claim (in The New Grove Dictionary of Opera) that he was “the most important opera composer of his generation in Italy.”

If anyone is aware of Scarlatti’s operas, it is probably his final one La Griselda from 1721 which was revived nearly 60 years ago with Mirella Freni and later recorded by Jacobs, also with Röschmann and Fink.

Mitridate, today’s work, is one of two operas Scarlatti composed for Venice’s Teatro S. Giovanni Grisostomo in 1707. It and the other Venetian work Il trionfo della libertàwere his only operas in five acts; both had libretti by G   Frigimelica Roberti and the only pieces of his to be labeled “tragedia in musica.”

If Mitridate rings a faint bell, it might be that you recall that pre-Lucia Joan Sutherland sang Laodice in a BBC broadcast which has survived in murky sound.

I’ve always had mixed feelings about Scarlatti’s operas: trying to balance the bold claims made by some musicologists with my sometimes muted responses to the music. However, this performance from last summer puts forth a strong case for Alessandro’s Mitridate.

Thibault Noally conducts his orchestra Les Accents and a group of fine singers all of whom are quite active on the European early opera scene. Blandine Staskiewicz and Noally have recently released a captivating collection of rare Italian oratorio arias, while Handel cantatas are featured on Anna Kasyan’s nice debut solo CD also from last year.

Mary-Ellen Nesi has appeared in a number of important baroque opera recordings, nearly always cast as a man—a common fate for mezzos—but last year’s impressive CD Archetypon features music written by composers from Paisiello and Hasse to Gluck and Cherubini only for female characters.

And, surprise (!) there are no countertenors this week at all!

Alessandro Scarlatti’s Mitridate can be downloaded by clicking on the icon of a square with an arrow pointing downward on the audio player and the resulting mp3 file will appear in your download directory.