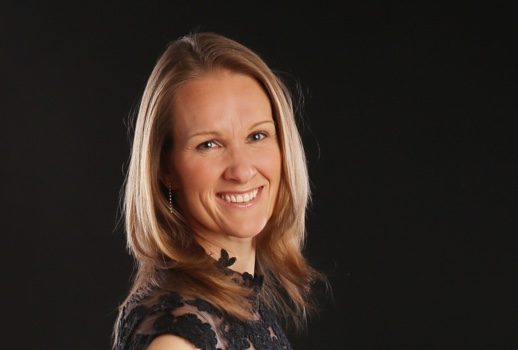 “Intense musicality and sure command” from soprano Joanne Lunn.

Since everyone knows that “The Hallelujah Chorus” celebrates the Resurrection and thus isn’t all that appropriate for Christmas, four fine Handel-centric concerts from the Morgan Library to Carnegie Hall and Lincoln Center proved a bracing antidote to pervasive Messiah-mania.

Juilliard’s Historical Performance program isn’t yet ten years old but in recent years it has been consistently providing stellar performances of 17th and 18th century works via its period-instrument ensemble Juilliard415.

One of its most significant accomplishments has been its investigation of the vocal music written by Handel during his relatively brief but life-changing stint in Italy when he was in his early 20s. Previously J415 has performed Agrippina, the Dixit Dominus and Laudate pueri with Vox Luminis and both Il Trionfo del Tempo e del Disinganno and Le Resurrezione under William Christie.

On November 18 at the Morgan Library, for his annual visit Christie returned andel’s Aminta e Fillide, an early pastoral cantata for two sopranosas part of a “Handel in Rome” series. The “will she or won’t she” plot is slim but the composer outfitted the work with ten spectacular da capo arias for the title pair.

Shakèd Bar as the flirtatious Fillide has extensive experience in baroque music and it showed as she cunningly exploited all sorts of period vocal gestures whereas undergraduate Jessica Niles was relatively to this sort of music.  Although she occasionally seemed a bit gauche next to Bar, Niles made up for it with a full-on intensity that made Aminta’s lovesickness scarily palpable.

Both singers used more vibrato than might please some purists but then so did Christie’s band of a dozen who bravely coped with his at times extreme tempi from achingly slow to breathlessly fast.

In a remarkable coincidence Erato issued a new recording of Aminta less than a week after the Christie performance and I was surprised to prefer Juilliard’s occasionally hectic but always vividly alive version to the more sedate one offered by Sabine Devieilhe and Léa Desandre (their voices are so similar I had to constantly consult the text to figure out who was singing!) with Emmanuelle Haïm.

Although the two works are rather similar, the performances couldn’t have been more different. While Bar and Niles performed in front of music stands (to which they only rarely referred), Agnew’s singers moved about freely off-book enacting the fraught triangle occasioned by Clori’s compulsive flirting.

While Christie’s music-making put a premium on high emotional intensity, Agnew’s tended to a more elegant and amiable approach. It certainly felt like there was less at stake as Clori flitted between Tirsi and Fileno than whether Fillide would end up with Aminta.

This is not to suggest that Agnew’s performance was dull; he drew accomplished playing from his somewhat larger orchestra of 20 and poised detailed singing from Anneliese Klenetsky, Mer Wolhlgemuth and Siman Chung, the latter a non-Juilliard Korean countertenor who recently covered Iestyn Davies at the Met in Marnie.

Klenetsky who had performed the Handel Laudate pueri earlier in the year was in a bit over her head as the Governess in Juilliard Opera’s production of The Turn of the Screw last month. However, she was on safer turf as Clori expertly keeping both men neatly wrapped around her finger. She tackled her elaborate arias with alacrity if perhaps not the suave ease one might want.

Wohlgemuth struggled a bit with Tirsi’s coloratura and highest notes but otherwise she and Klentsky might have swapped roles except the former was tall with short hair presumably necessary for a male role.

Chung handled his more plaintive, less showy music well and touched the heart more than the others although his stiff stage demeanor was shown up by the freer manner of his colleagues.

Both Aminta and Clori suffer from the excess of youth; Handel overlards their delicate stories with a bevy of over-the-top arias often accompanied by virtuoso solo instrument or concerto grosso obbligati and the parade of one da capo aria after another became wearying particularly in Aminta where the fleet final duet came as a glorious relief.

Handel’s habit of self-recycling makes the two works particularly fascinating as so many of the arias and duets (from Clori) turn up later especially in Agrippina and Rinaldo.

With such exciting and committed work by students it was a shock to encounter the placid professional Bach Collegium Japan at Zankel Hall on November 30. Although I’d heard its director Masaaki Suzuki conduct Juilliard415 several times—most recently in Handel’s Alexander’s Feast with the Yale Schola Cantorum in October—I had never encountered him leading his own ensemble.

While I might have expected their Vivaldi wouldn’t crackle with the energy summoned by some Italian groups, the opening Bach Orchestral Suite #2 was awfully weak tea despite its able flute soloist, Liliko Maeda.

“Trove Thursday” followers will know Conti from his dazzling opera Don Chisciotte in Sierra Morena, and Languet is a fine work but was frankly overshadowed by Silete, a magnificently fiery ostensibly sacred showpiece written not for Italy but in London sometime in the mid-1720s.

Lunn sings mostly concerts of 17th and 18th century sacred works including lots and lots of Bach, so she hasn’t been much on my radar. But earlier this year I watched a webstream from Moscow of Handel’s Ottone in which she sang Teofane and just blew me away.

It’s a role that has never really grabbed my imagination but she sang with it with fire and imagination and a sterling technique so when I saw she’d be performing Handel in New York this fall I was psyched!

It turned out I had heard her before—in Paris in Purcell’s The Fairy Queen but that didn’t impress me as much as her Zankel Conti and Handel which displayed an intense musicality and sure command of the challengingly ornate writing. She bit into the striking text with a wide palette of colors brought the concert to a rousing conclusion with a joyful “Alleluja”!

It has been 20 years since I last heard Silete here in New York—both Véronique Gens and Emma Kirkby sang it here in the late 1990s—but Lunn’s might have been the best I’ve yet heard.

Here’s another Lunn and Suzuki collaboration: a recently rediscovered early Handel work, a six-movement Gloria which may have been written before he left for Italy, performed at a November 2015 performance with the Bach Collegium Japan.

After three invigorating doses of period-instrument performance I experienced ear-shock when I went to hear Joélle Harvey sing four Handel pieces this Tuesday evening with the Chamber Music Society of Lincoln Center at Alice Tully Hall.

From the Quantz flute and Vivaldi bassoon concerti I felt I had been sucked into a time warp and was back in high school listening to I Solisti Veneti—baroque served lush and warm but without much energy or incisiveness and the slow movements meandered lugubriously. Many still enjoy this music played this way but much of Tuesday’s concert sounded very old-fashioned to me

The vocal selections, however, featured some ravishing singing but puzzling programming decisions. During the first half, Harvey sang only small portions of three longer works: the first movements of Handel’s Ode for the Birthday of Queen Anne and Bach’s Jauchzet Gott in allen Landen followed by just two arias (performed in reverse order) from Handel’s Il delirio amoroso.

Why these tidbits rather than either the entire Bach or Handel? Who knows but it all felt very unfinished. Perhaps it was no accident that the evening’s most satisfying selection was Handel’s Armida Abbandonata done complete in which Harvey really dug into the drama creating a most moving portrait of the beleaguered sorceress.

By the way, the Haïm recording of Aminta e Fillde mentioned above also contains a second disk that includes an excellent version of Armida as well as the more celebrated La Lucrezia cantata as well.

Elsewhere the modern trumpet played by Brandon Ridenour which partnered Harvey in the Ode, the Bach and the concluding “Let the Bright Seraphim” from Samson made for a poor pairing—his brazenly loud tone and jazzy ornaments especially in the “Seraphim” frequently obliterated her soft-grained soprano.

Hearing Harvey whom I have often admired so soon after Lunn I was struck by their differences. I had expected Lunn to conform more to my preconceptions of an “Early Music” soprano archetype but it was actually Harvey who, despite performing with modern instruments, fell more often into mannerisms one might find in period performances like lapsing into white straight-tone particularly in the upper part of the voice.

There was also initially a lack of verbal clarity—the English, German and Italian texts in the first half all sounded mushily alike. Armida’s Italian, however, was sharp and communicative.

After these healthy doses of Handel (and I even had to miss Israel in Egypt by MasterVoices in late November at Carnegie Hall) I felt more secure in my decision to ignore the Messiah again this December.