For the second annual edition of “Handel rarities for my birthday” three early Italian cantatas on this week’s “Trove Thursday." 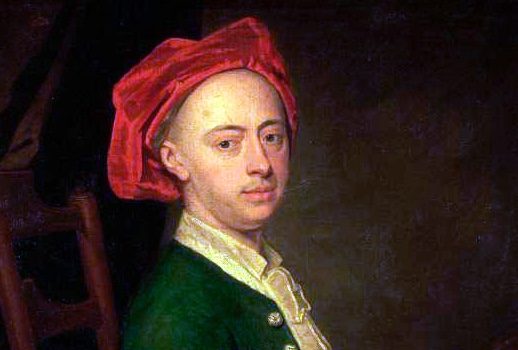 During the more than four years that Handel spent in Italy (from roughly ages 21 to 25) he was extraordinarily prolific. He not only composed his first operatic masterpiece Agrippina along with Rodrigo but also his first oratorios and many memorable Latin sacred pieces including the astonishing Dixit Dominus.

In addition, he wrote an enormous number of cantatas most for just voice and basso continuo but a sizable number for voice(s) and instruments. Several of the latter are mini-operas and of those Apollo e Dafne for soprano and bass is the best-known and most often performed with two of today’s offerings, Aminta and Clori, among the other fine examples. Many arias from the cantatas would later fine their way into his operas and oratorios.

In an unusual stroke of luck, local audiences will get chances to hear all three of these works before the end of 2018. Juilliard 415, the school’s student period-instrument ensemble, will continue its invaluable exploration of Handel’s Italian period with two upcoming concerts. William Christie will conduct the group and singers from the institution in Aminta e Fillide at the Morgan Library on 19 November.

The same forces under Paul Agnew will come together at Alice Tully Hall on December 1 for Clori Tirsi e Fileno, which I heard J-415 perform there eight years ago with Nicholas McGegan and a wonderful trio of Deanna Breiwick, Carla Jablonski and Lauren Snouffer who will do the title role in Handel’s Susanna with the Trinity Baroque Orchestra in March.

Conductor Emmanuelle Ha?m who debuts at the New York Philharmonic this fall also makes her first appearances with the Philadelphia Orchestra in November with a program that includes a particular favorite of hers, the extended solo cantata Il Delirio Amoroso although I’m not sure how this Roman work fits with the concert’s title “The Best of English Baroque.”

She recorded the piece with Natalie Dessay, as well as performed it around the world with Sonya Yoncheva and Magali Léger whom I heard sing it with Ha?m at the Mostly Mozart Festival in 2005. The Philadelphia concerts will feature Dutch soprano Lenneke Ruiten perhaps because Piau, with whom she has collaborated most often in this piece, will be in New York with Les Arts Florissants for Haydn’s Die Schöpfung.

For those who instead prefer Handel’s English works, this Saturday night J-415 once again steps up along with the Yale Schola Cantorum for a free (!) performance of Alexander’s Feast.

The next six weeks abound in baroque vocal riches!

Each of these three Handel trackscan be downloaded by clicking on the icon of a square with an arrow pointing downward on the audio player and the resulting mp3 files will appear in your download directory.