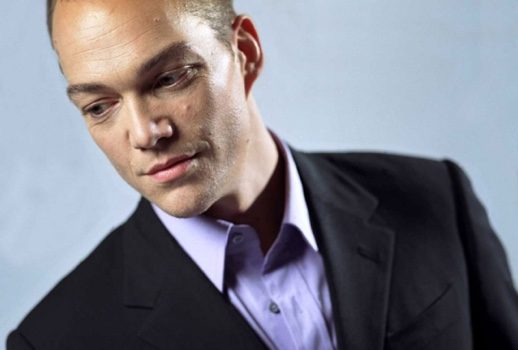 The art of (vocal) recital is always a fascinating subject to me, as it is clearly a very personal labor of love. Unlike operas, recitals are up to the individual singer who chooses the materials that resonate the most to the singer, and in doing so, he/she opens up to the audience and allows them to catch a glimpse of his/her personality in the intimate setting.

Oftentimes recitals roll exquisite singing, storytelling craftsmanship and serious acting into one, and in the hand of Liedermasters, they have the ability to transport and transform the viewers into a world of imagination even exceeding the grandest operas, conjured only by such a simple and modest mean.

This was particularly true during the amazing English baritone Christopher Maltman’s recital at Herbst Theatre last Tuesday (11/13). In a program called “Carnival of the Animals” (without any trace of Saint-Saëns’ score), Maltman created a fun, coherent, often whimsical journey exploring the animal kingdom through a selection of animal songs.

It was a deeply individualistic creation that I couldn’t imagine being done by anyone other than Maltman himself. Maltman, missing from San Francisco stage since performing Papageno 11 years ago, selected varied French and German repertoire with a broad range of mood, before closing the night with British music hall songs, all designed to highlight his enormous talent as a storyteller. In fact, he likened himself to a pilot that brought the audience to musical “highs” during his opening remark.

For this performance, he kept it close in the family, as he cheerfully introduced his musical and real-life partner, French pianist/conductor Audrey Saint-Gil, during that remark. They shared the same visions and approaches throughout the night, and it was obvious that they developed intense chemistry between them, resulting in a truly congruent interpretation and wondrously magical night.

The performance began with Francis Poulenc’s first song-cycle from 1919, a setting of Guillaume Apollinaire’s poems Le bestiare ou Cortège d’Orphée. The six songs in this cycle are all concise in length (less than a minute except for the first and last songs), a perfect showcase to start the night.

Even with these short songs, Maltman demonstrated his full commitment to the texts. Singing completely off-book, he used his whole body, and particularly his facial expressions, to interpret each song. His handsome baritone voice, free from any evident strain, was full of colors and splendor, ranging from declamatory nature in the first three songs to sadness and resignation in the last three.

Saint-Gil aptly supported those readings. I particularly loved La carpe (The Carp), the last song, where Saint-Gil’s accompaniment painted a vivid imagery of a swimming carp, while Maltman lamented the fact that it had to live a long time!

Without break (or applause), the program moved straight to two of the darkest songs for the night, Robert Schumann’s 1840 Die Löwenbraut (The Lion’s Bride) and 1850 setting of Friedrich Schiller’s Der Handschuh (The Glove).

Here Maltman’s enormous gift as a storyteller was on full display. He sounded sweet and lovely when he voiced the bride in the beginning of Die Löwenbraut and thunderous and menacing as he described the violence that the lion committed, ably supported by the piano.

In turn, Der Handschuhwas imbued with so much irony, particularly along the lines of “Den Dank, Dame, begehr ich night” as the Knight threw the glove back at Kunigunde. To be honest, I wasn’t prepared for this much of intensity coming straight right afterLe bestiare.

Maltman rounded off the first half with what he considered his favorite songs of all (and which he built the concert upon), Maurice Ravel’s 1906 song-cycle setting of Jules Renard’s brief prose poems,Histoires naturelles. He clearly showed strong affinity to this song-cycle, and he treated the texts with utmost respect, while still having fun with them.

Just like any other Ravel pieces, the piano here ranked supreme in describing each of the five animals, and Saint-Gil proved her mettle in her interpretations.

I was especially enamored with the cry “Léon! Léon!” during Le paon (The Peacock), the dry acerbic tone Maltman employed when describing The Swan (Le cygne)fattening himself (far cry from Saint-Saëns’ graceful swan!) and the riotous La pintade (The Guinea-fowl)that closed the song-cycle.

After intermission, Maltman presented six songs from Max Reger’s Schlichte Weisen. Although these songs were composed with children in mind, there was no decrease in Maltman’s intensity in interpreting these; if anything, this was truly a highlight for me.

Maltman and Saint-Gil worked extra hard to bring these little ditties to life, and the result was purely enchanting. Highlights included the sinister meows at the end of Zwei Mäuschen (Two Little Mice), the happy “Piep!” resolution of Die fünf Hühnerchen (The Five Little Chicken), the stupid fearful cat at Furchthäschen, the prickly warning of Der Igel (The Hedgehog), all the way to the failure of Mausefangen (Catching Mice) at the end.

What followed were lovely renditions of a couple songs from short-lived composers, Emmanuel Chabrier and Hugo Wolf. From the hilarious Ballade des gros dindons (The Ballad of Plump Turkeys), the graceful Les cigales (The Cicadas), to the more serious Der Knabe und das Immlein (The Lad and the Bee) and particularly, Der Rattenfänger (The Ratcatcher), there was no shortage of beautiful singing and commanding presence from Maltman, and clear, detailed background from Saint-Gil.

The concert ended with three songs from British duos Michael Flanders and Donald Swann from the 50s and 60s, namely The Armadillo, The Warthog and The Gnu. Maltman explained that these were songs from his childhood, and he delivered them with panache and perfect diction, considerably reducing his volume so that the songs sounded more natural, unlike some other opera singers’ attempts at singing pop or jazzy songs with full voice (It was still completely unamplified though).

I would even think that he might have a future in West End or Broadway musicals someday, similar to Paulo Szot. To cap the glorious night, he included a rousing rendition of The Hippopotamusas an encore, complete with audience participation for the last “Mud, mud, glorious mud” chorus.

In conclusion, this was a spectacular and highly original recital, performed at the highest degrees by both Maltman and Saint-Gil, that I felt fortunate to experience it. Maltman is bringing this program next to Lied Festival in Barcelona (albeit with Malcolm Martineau) and Concertgebouw (with Joseph Middleton), before coming back to Saint Paul, MN, partnered with Saint-Gil again.