Dishonored in the breach

Uneven operas, like Verdi’s Ernani, which just recently finished its Scala run, more often work as theatre on the micro level than the macro. 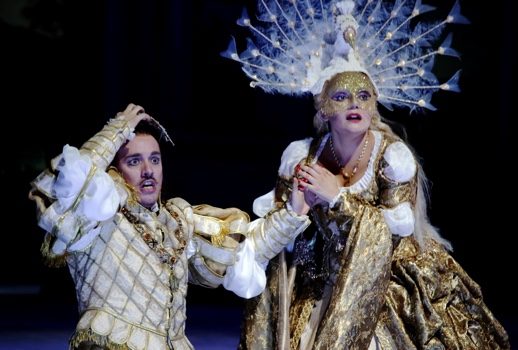 As much as we like to believe it does, opera doesn’t always “work,” and if you go in to an opera dead-set on pointing that out, then you’re 1) a problem and 2) misusing your free time – nap at home next time!

Uneven operas, like Verdi’s Ernani, which just recently finished its Scala run, more often work as theatre on the micro level than the macro. The music can’t always compensate for discrepancies in the words and vice-versa, and rare moments of synergy in the dross can make the whole thing seem even more choppy.

So, then, it’s the director’s job to either smooth that over for us or to make that choppiness meaningful in some way. Or neither of the above, but at least do something to make this whole undertaking worthwhile. This proved to be too tall an order for director Sven-Erich Bechtolf, who here bit into the “opera inside an opera” concept with a blind and hubristic fervor.

From the moment the “cast” entered into Julian Crouch’s fancifully realized 19th century stage interior during the overture, rolling their eyes at the dusty backdrops, I couldn’t bring myself to care about the story or the characters – if Bechtolf is going to take the whole thing for granted, then I guess the audience should, too?

The non-concept trivialized the whole project and the result was not flattering to the singers whose best efforts to amalgamate difficult music with weak characters were mocked here, Victor Hugo’s classic honor play whose handful of interesting elements were scrapped, or Verdi’s music, especially when everything sounds as slapdash and capricious as it did coming from Ádam Fischer in the pit.

It was a shame that the strong cast found so little sympathy in the pit or the director’s chair. Francesco Meli, dependable on for pouring out gorgeous, bronze streams of voice and perfect diction into Verdi’s music and little in the way of theatrics, demonstrated why he’s the closest La Scala has to a house tenor.

Though he sounded a little constricted in this performance and his opening “Come ruggiada al cespite,” an entrance aria that asks just about everything from the singer, was bucked through at moments, his titular bandit was refreshingly assured in motion and vocalism. It was certainly enough to elicit the approval of the little old Italian ladies behind me (“Ma che bravo!”)

If his beloved Elvira is a wholly underdeveloped character here, Ailyn Perez’s potent take hinted at much more beneath the surface. Her velvety middle range, dark and bloomy, flowed with unflagging steadiness and low and high notes found similar power as the evening progressed. She found herself most disserviced by Fischer, though, whose approach disorientingly and deflatingly poked and teased the tempi of both the cavatina and cabaletta of “Ernani, involami.”

In the adaptation of Hugo’s Hernani, Elvira is lorded over by her creepy uncle Silva who also plans to marry her and then enacts the ultimate revenge on the outlaw that stole his girl. Ildar Abdrazakov can hardly play lecherous, but his gloomy bass proved a solid and looming, if rather characterless, complement.

On the other end, Simone Piazzola as Carlos (you know, from that other Verdi opera), who’s also in love with Elvira, used his conversational baritone to anchoring effect in the opera’s many ensembles. This also meant that he came off best in his arias, spinning off both of his Act III assignments with ease.

The Teatro alla Scala Chorussung nimbly around a fledgling Verdi’s punchy chorus lines and the Orchestra responded well to Fischer’s hackneyed attempts at pulling a noble sound from the pit, but a half-baked production soured all hopes for making this Ernani a meaningful night of theatre.

In her entrance aria, Elvira begs Ernani, “involami” – “steal me away.” For the duration of the same evening, I felt the same way. 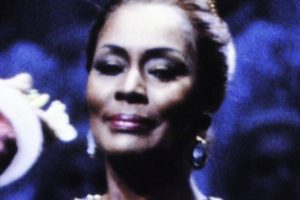